Share this…FacebookTwitterThis too will be a sticky post for at least a day or more. Germany’s leading renewable energy expert and climate science critic Prof. Fritz Vahrenholt warns of an irrational and panicked rush into renewable energies. In a penned opinion piece in Germany’s Manager Magazin titled: “Why a Phase Out of Coal Would Be Damaging“, […]

Rahmstorf’s “Fantasy” Of “A Weakening Gulf Stream” Gets Refuted Yet Again.

Share this…FacebookTwitterNorwegian University of Bergen: Gulf Stream Shows No Longterm Weakening Over Past 20 Years! By Sebastian Lüning and Fritz Vahrenholt [Translated by P. Gosselin] Not long ago we asked German public radio Deutschlandfunk why they mentioned only the alarmist viewpoint of the Potsdam Institute for Climate Impact Research (PIK) in a report on the Gulf […] 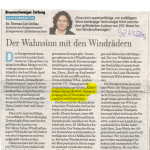 Share this…FacebookTwitterThe last two posts were getting a lot of traffic, and so yesterday I decided to take the day off and let them run. Today I’m back with the next post, which is also about the wind energy folly. Resistance to the junk green energy is growing in Germany. Last month a print edition of […] 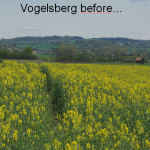 Share this…FacebookTwitterA bit on the long side, but stunning to say the least. Energy physicist Mike Brakey tells us why he is not surprised the NOAA might be investigated by Congress. (Sticky post – new posts below).  ============================= The “Trick” to Controlling the Climate Agenda By Mike Brakey Last April, in a short, narrated YouTube […]