Online weather site www.wetter24.de here today writes about the devastating Heinrichflut (Heinrich Flood) of 1965, back when CO2 was only 320 ppm, well below the often claimed “safe” level of 350 ppm that some alarmists like to have us think would bring us much less extreme weather.

In 1965 the spring and early summer had been cool and wet. In the early afternoon on Friday July 16, 1965, in the central German region between Paderborn, Kassel and Gottingen, the skies darkened quickly and torrential rains fell. Within a matter of hours large areas became submerged under water. Rivers and streams swelled and swept houses, livestock and property away. 16 people were killed. It was the worst flood in the region’s centuries-long collective memory. Had the storm hit during the night, the loss of life would have been far worse, experts say.

The following aerial photos were taken the next day and show the aftermath of the July 16 flood: 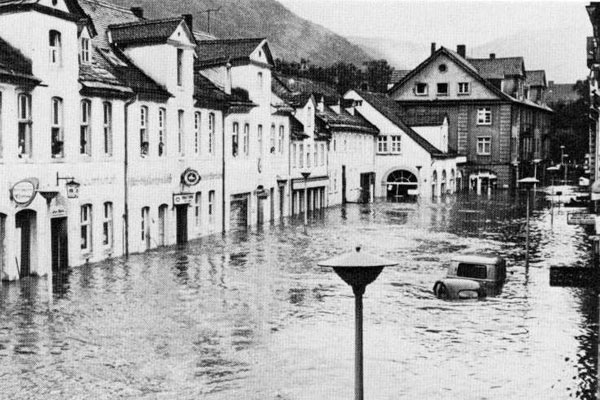 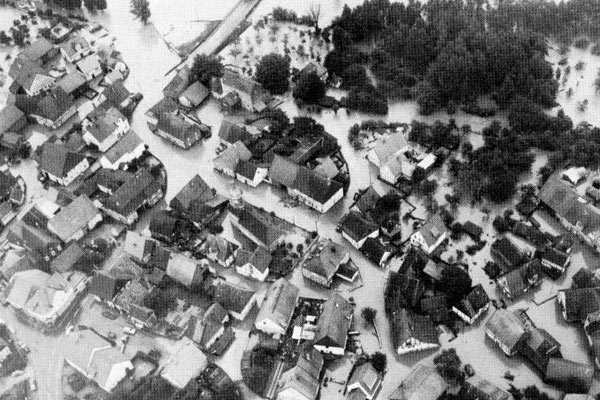 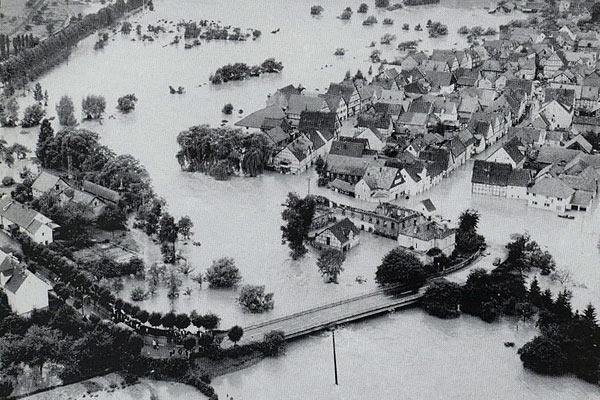 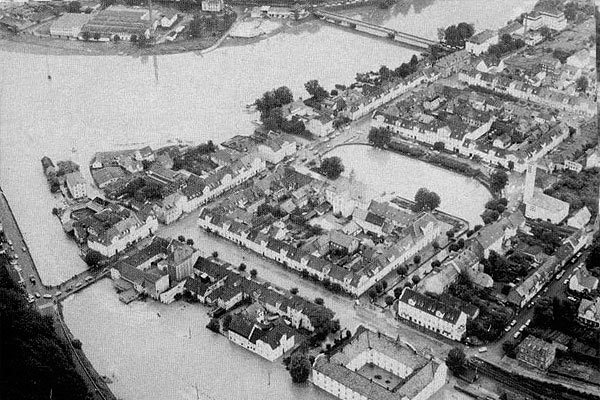 What caused the freak weather of 1965?

According to Wikipedia in mid July 1965 a mass of warm air flowed northwards from the subtropics and collided with cold Arctic air flowing down from Scandinavia. On the backside of the warm air mass over northern France a so-called cold air trough formed and led to the warm becoming completely surrounded by the cold air. The warm air lifted above the cold air mass, leading to severe thunderstorms and torrential precipitation. The region’s hilly terrain and river valleys served to exacerbate the situation.

In an area between Paderborn and Kassel and Fritzlar precipitation amounts of 100 mm fell in just 2 hours. In other areas between July 14 and July 17 up to 200 mm of rain fell in 72 hours. In Dalheim alone over 200 mm fell in 24 hours.

What does all this mean? It means that freak weather events are also common in times of low atmospheric CO2 concentrations and “global cooling”. It all gets down to weather and not climate. Weather catastrophes are not going to be prevented by practicing “green” rituals and CO2 voodoo.

7 responses to “Central Germany’s Devastating Freak Flood of 1965…Back When CO2 Was Only 320 ppm.”