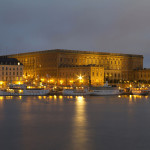 Share this… Facebook TwitterThe online German-language FOCUS magazine here has an article on Swedish King Carl XVI Gustaf’s latest idea to curb emissions of fossil fuels in order to rescue the climate: ban bathtubs! Hat-tip DirkH According to FOCUS, The King’s idea was reported this weekend in the Svenska Dagbladet, but has been met with […]