According to FOCUS, The King’s idea was reported this weekend in the Svenska Dagbladet, but has been met with a fair amount of backlash in the social media, with some Swedish citizens demanding the King first start by stopping his private jet travel and the many other royal excesses the King appears to enjoy, like his tax-payer financed residence shown below: 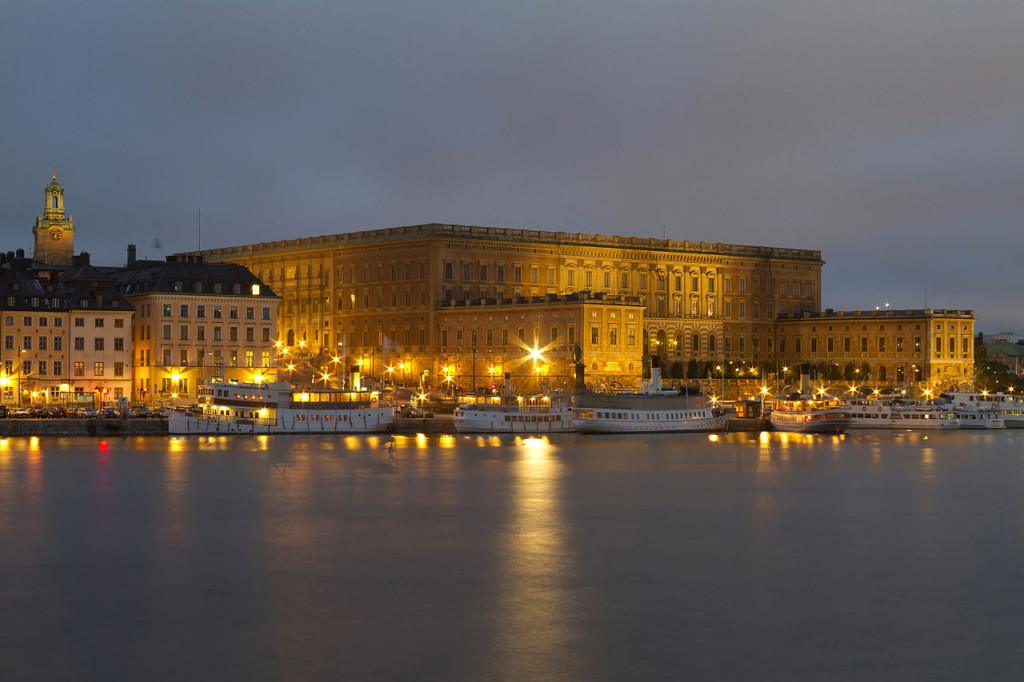 FOCUS reports that before his interview with the Swedish daily, the King mentioned that he had been forced to use a bathtub instead of a shower at the place he was staying just before the interview. He thought it was a waste of energy.

FOCUS writes that The Swedish King is active when it comes to climate protection, drives a hybrid car, eats little meat and “tries to save energy in the Palace“. Carl XVI Gustaf says:

That’s not very easy in such an old house.“

The interior of the palace consists of 1,430 rooms of which 660 have windows. The palace contains apartments for the Royal families, representation and festivities such as the State Apartments, the Guest Apartments and the Bernadotte Apartments. […] A comprehensive renovation of the facade began in 2011, to repair weather damaged parts made from sandstone. The repairs are estimated to cost approx. 500 million crowns (about US $77 million) during a period of 22 years.”

The Wikipedia site has lots of photos of the interior and exterior of the King’s humble and low energy abode.