As Arctic sea ice approaches its annual maximum level for the year, now is a good time to look at how it stands – especially in what some are claiming to be the hottest year on record.

The Danish Meteorological Institute (DMI) here shows currently Arctic sea ice is at its highest level in years for this time of the year. Hat-tip: Kirye at Twitter.

Sea ice extent in recent years (in million km2) for the northern hemisphere, as a function of date.

In fact it appears it has reached its highest level ever over the last decade, and its only mid February. The DMI ice extent values are calculated from the data from the Ocean and Sea Ice, Satellite Application Facility (OSISAF), where areas with ice concentration higher than 30% are classified as ice, the site reports.

The overall trend, however, shows nothing alarming. The following chart from the Cryosphere Today of the Arctic Climate Research at the University of Illinois shows Arctic sea ice remaining flat over the past decade.

The chart above actually shows a slightly upwards trend over the past 5 years, which is also confirmed by the following Arctic sea ice volume trend from PIOMASS: 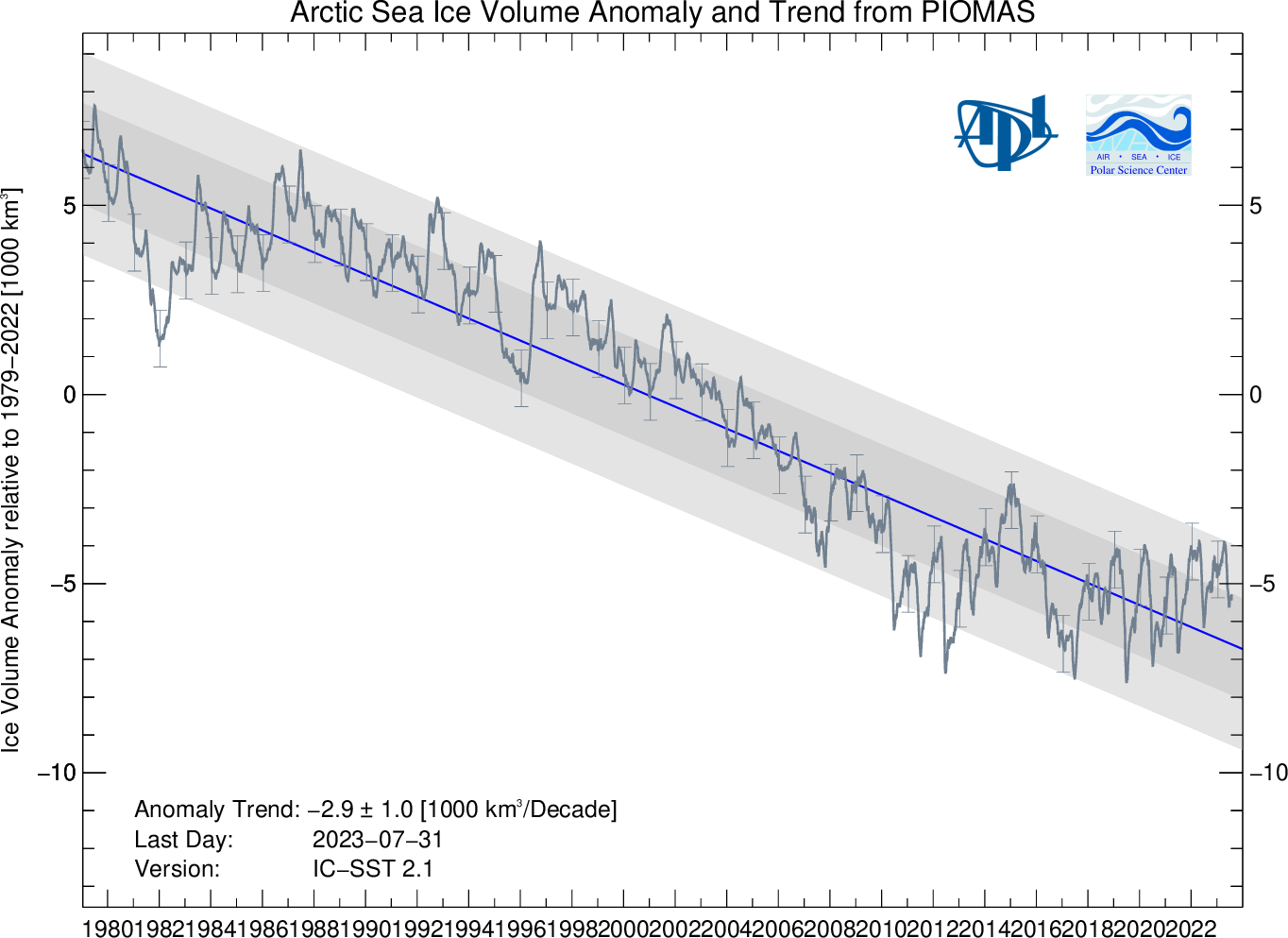 Source: climate4you.com, U. of Oslo Dept. of Geosciences.

According to the NSIDC, global sea ice has in fact been trending upwards over the past decade.