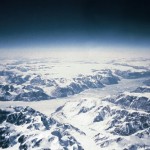 Share this…FacebookTwitterGreenland Ice Changes Due To Natural Factors, Studies Show By Kenneth Richard According to a just-published (2016)  Nature scientific paper, large portions of the Greenland Ice Sheet (GIS) are significantly melting from below due to massive geothermal heat flux forcing. A natural explanation for ice sheet loss is not consistent with the paradigm that says the melting of the GIS is largely due to changes […]