This morning, even here in the North German lowlands, close to sea level, snow fell as temperatures hovered near the freezing point.

Currently many Germans are struggling under snow, ice and cold as winter terminates spring for the time being. The cause: a low pressure centered over the Baltic Sea pumping in cold polar air through Europe. 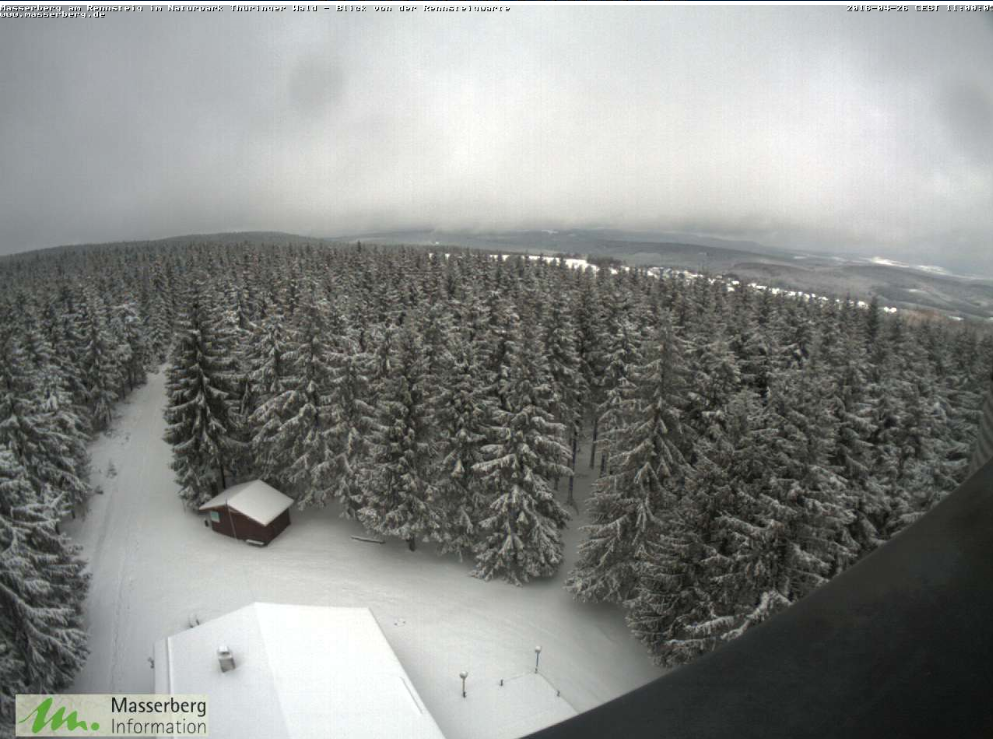 Newsite Thuringia Antenne here writes that winter has returned and will stick around for awhile, reporting of icy roads, accidents and cold. Meteorologist Dominik Jung of www.wetter.net forecasts 5 to 10 cm of snow across wide regions of Germany, especially Bavaria and Thuringia.

The Rheinbrücke at Rees had to be closed for over an hour and a half early this morning due to accidents from icy conditions, the RP Online reports here.

Sub-zero temperatures were recorded at a number of weather stations throughout Germany this morning.

In the northeastern state of Saxony Bild national daily reports by video of a snow chaos as travelers struggle with an “enormous snow mass” as roads become impassable from the snow and snow plows are unable to keep up. The snow is expected to stay at elevations over 400 – 600 meters, wetter.net reports.

Much of Europe is forecast to remain cold at least for the next 7 days, as the following chart shows negative temperature anomalies: 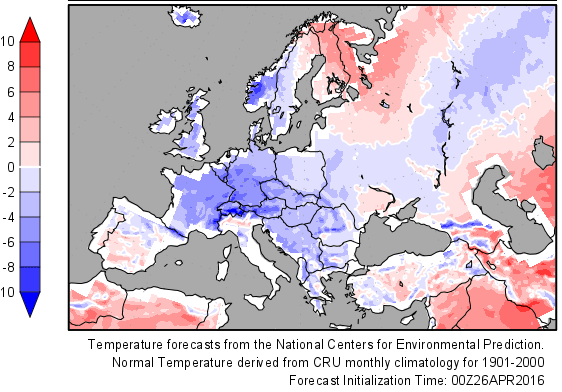 In his viedo forecast from this morning, meteorologist Jung says for now, “Spring is nowhere in sight.”