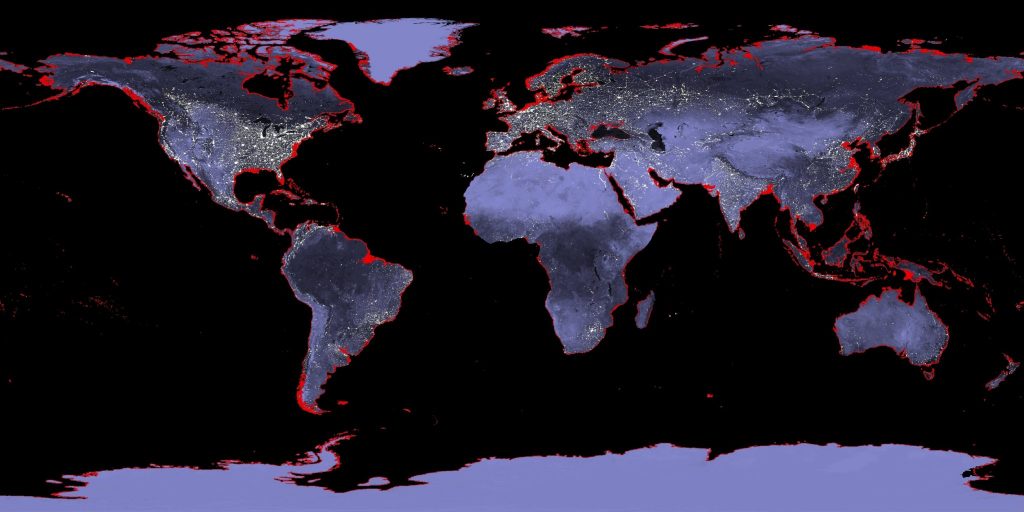 Website ClimateChangePredictions.org has taken on the task of recording climate change forecasts in order to compare them to the real, observed developments. A nice example is sea level rise. Currently sea level is rising at about 2-3 mm per year, a trend that would mean about 25 cm by the end of the century. However that does not keep some from publicly trumpeting much higher sea level amounts with the aim of getting publicity.

You’ll find a very interesting list of all prognoses at the named website here. For example Australian climate scientist John Church projects 3 meters by the year 2100.

No room for “extreme, activist views”

With respect to this unbearable climate alarmism, the Australian government has pulled the emergency brake. While Church was on an expedition ship halfway between New Zealand and Antarctica, he was informed by Australian Research authority CSIRO that he was “potentially redundant” and that he would lose his position. That is an overdue signal that unrestrained climate alarmism is no longer tolerable. Society is entitled to balanced science. There must not be any room for extreme, activist views.

Global sea-level expert John Church made to walk the plank by CSIRO
For John Church, a leading authority on sea-level rise caused by global warming, there was much that was fitting – and yet callous – about being sacked at sea. The veteran scientist was well into one of dozens of research voyages he had taken since joining CSIRO as a post doctoral student in 1979. His vessel, the RV Investigator, was midway between Antarctica and New Zealand and steaming north on the 170 degree longitude when he received Thursday’s call to tell him he was “potentially redundant”.

The sacking of Church is part of a large trimming down, which is seeing a wave of hundreds of scientists moving from the climate sciences over to other highly relevant science fields.

In Germany we are still a long way from that point. To the contrary the state-supported and climate activism-tinged IASS Institute Potsdam is searching a scientific staff member through an advert auf stepstone.de:

The Institute for Advanced Sustainability Studies e.V. (IASS) in Potsdam is an institution supported by the Bundesministerium für Bildung und Forschung and the state of Brandenburg and is dedicated to an all encompassing transdisciplinary and international research of climate change, the earth system components and sustainability. More information at: www.iass-potsdam.de.”