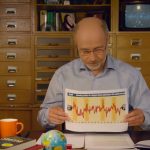 Share this…FacebookTwitterAs is the case in many countries, major media outlets are increasingly accused of having abandoned real investigative journalism, and rather have taken on the role of unquestioning propaganda mouthpiece for the state or a single political line. The following is an example in Germany. ============================= German public television TV host/science journalist Harald Lesch […]