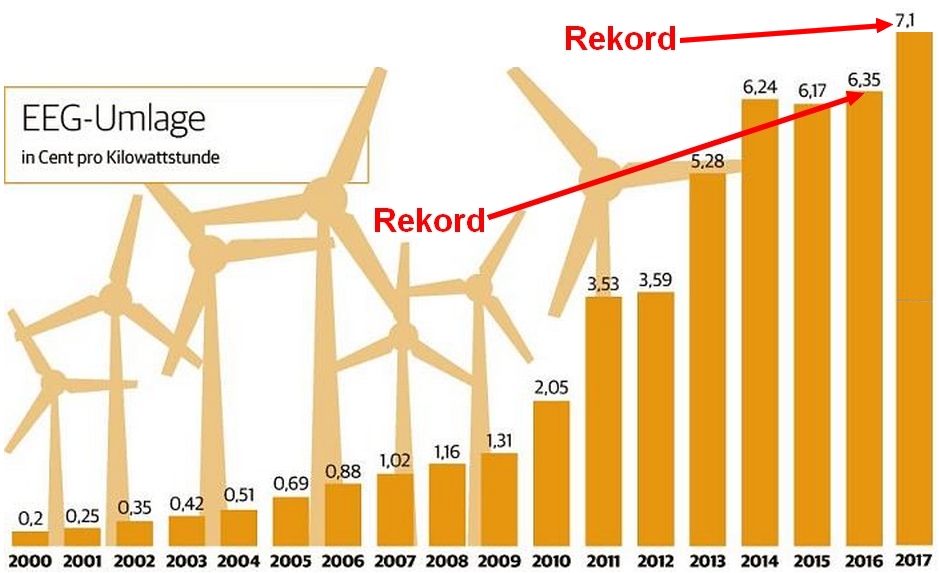 After rising sharply since 2009, Germany’s so-called EEG feed-in tariff dropped slightly in 2015. This led to renewable energy proponents proclaiming that the sharp rises were over and that consumers could relax and expect a gradual drop. Of course few believed it.

Today Germany joins Denmark in having the highest electricity rates in the world. The EEG feed-in tariffs, which pay for the energy produced by renewable sources such as wind, solar and biogas, are set to rise in 2017 from 6.35 cents per kilowatt-hour to a staggering 7.10 cents, according to Germany’s number daily “Bild”.

In fact reports even say that the tariff could even jump to 7.3 cents per kilowatt-hour, which would be a whopping 15% jump in a single year. The reason of course is the expansion of the volatile renewable energies, which power companies are forced to buy before purchasing from fossil fuel plants.

For a family of three, the rise will mean an additional expense of 35 euros annually. Currently each citizen pays on average 250 euros annually for the feed-in tariff alone, costing Germans a total of 20 billion annually.

For all the money, Germans are only getting pain for it. Not only are thousands of Germans seeing their power get cut-off because they are no longer able to afford it, the power supply and grid have grown more unstable than ever before. South Australia type blackouts now threaten the country. In short: A junk product for a luxury price.

The reason for the massive investments in “green” renewable energies was of course to reduce CO2 emissions. However Krueger also writes that Germany’s CO2 emissions have not dropped at all since 2009. The following chart shows CO2 emissions in millions of tonnes (note in German 1.400 means 1,400 tonnes in English): 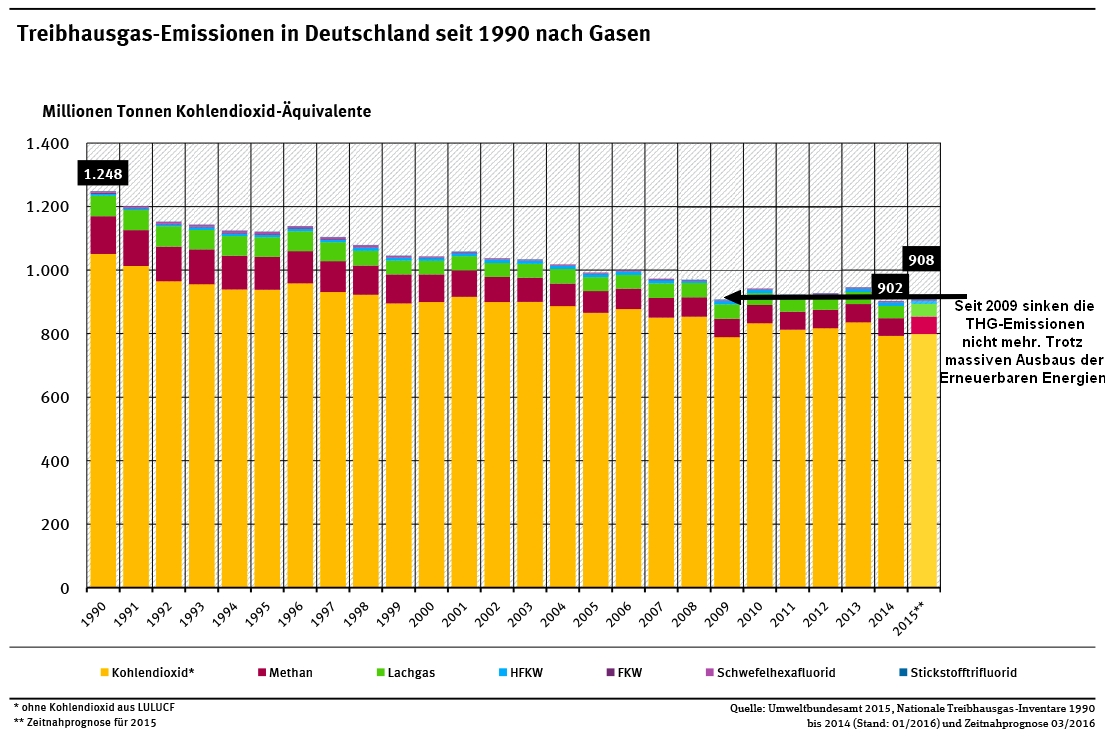 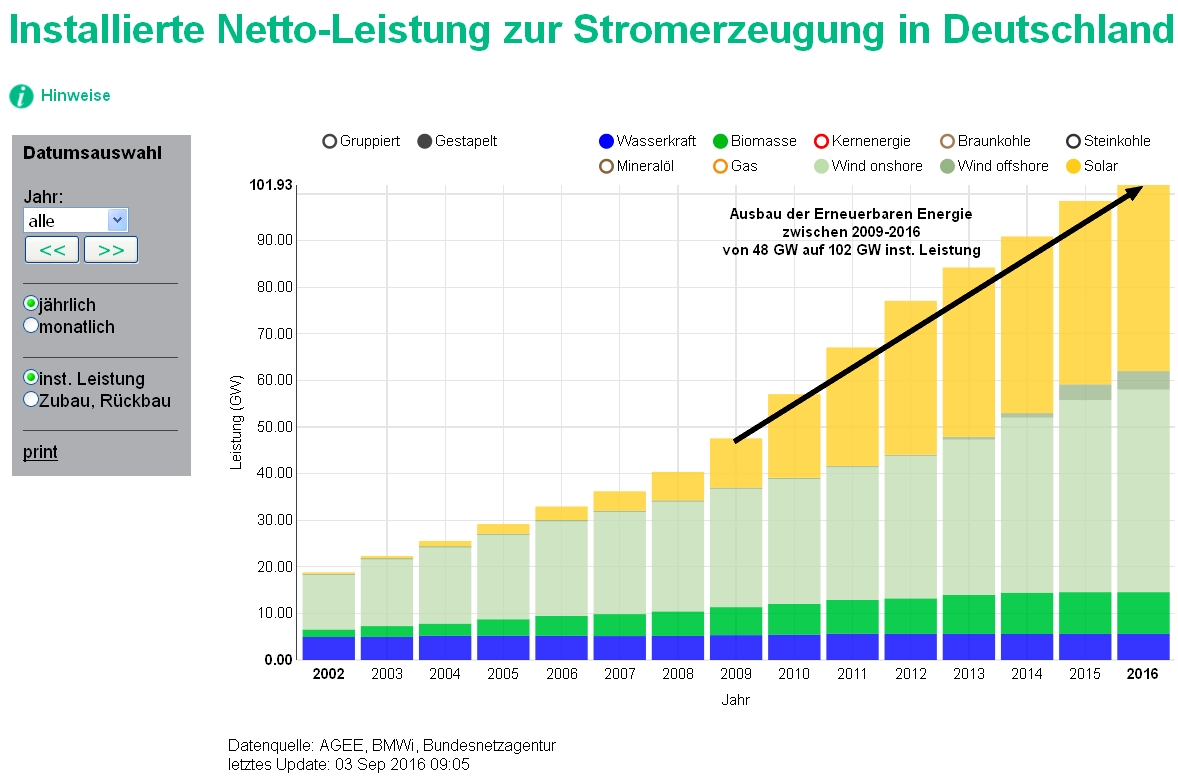 However, there’s been no reduction in CO2 emissions.

In summary, Germany’s Energiewende has failed to reduce CO2, and has only succeeded in driving costs to record highs, costing thousands of jobs, making the power grid more unstable than ever, leaving increasing numbers without power and theoretically lowering the global temperature a couple of a hundredths of a degree.

This is nothing less than social violence against the common citizens.