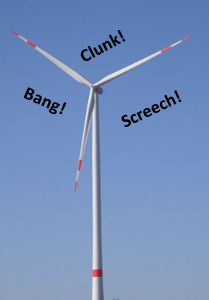 There’s more trouble with the Energiewende. The thrill is gone!

It used to be that the German Energiewende (transition to renewable energies) once enjoyed overwhelming support among the population. However, a recent national survey conducted by Germany’s University of Stuttgart, in cooperation with the University of Münster and two Fraunhofer institutes, shows a nation that has become split over the bold project.

Only 29% of those surveyed now see themselves as supporters of the Energiewende.

A total of 2009 persons were surveyed by telephone on a variety of aspects concerning perception of the Energiewende, e.g. wind parks in the countryside, in coastal areas and offshore, solar energy and grid revamping. Scientists at the Zentrum für Interdisziplinäre Risiko- und Innovationsforschung (Center for Interdisciplenary Risks and Innovation Research) at the University of Stuttgart (ZIRIUS), the University of Münster and two Fraunhofer institutes for System and Innovation Research (ISI) and for Solar Energy Systems (ISE) reached the following results:

This is a far cry from overwhelming support and shows growing disenchantment with the transformation. What should be worrisome is that the big brunt of the costs have yet to hit.

Already 29 percent of those surveyed said that they are no longer willing to accept to pay more for electricity in order contribute to the success of the Energiewende, the survey found. Less than half, 47 percent, of German citizens say they are willing to pay 50 euros per year more for helping the Energiewende to succeed. That figure, the study notes,  is only under the condition that the total costs of the Energiewende get shared fairly between industry and the citizenry, and among the citizenry itself.

Trust in the main players of the Energiewende (large energy companies and utilities) and fairness are the most important factors in realizing acceptance. Refusal to pay or non-acceptance are not irrational defensive reactions, the study finds, but rather are based on sound reasons.