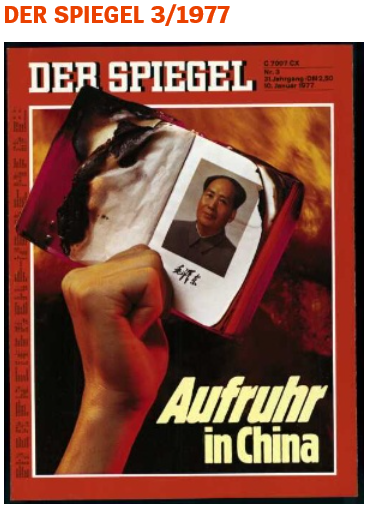 The current warm period, they forecast, is coming to an end.”

In the article Spiegel describes summertime conditions in Europe at the peak of the last ice age, some 18,000 years ago, which “American and European scientists have precisely reconstructed” and ascertained how it had been “very much warmer 120,000 years ago then it is today.”

Spiegel described the works of “Climap”, which had involved scientists from 17 universities charged with the goal of researching the “long term fluctuations of the earth’s climate and developing models for the long-term forecasts“. Also “Climap studied the interrelationships on a decadal scale between the world’s oceans, the atmosphere and the continents as well as the cosmic effects“.

Spiegel wrote how it had been discovered that ice ages had been the normal over the past million years and that the current Holocene had been just a break in the cold.

All of this had been driven by solar-earth orbital variations, among other theories that had been proposed: solar irradiance, cosmic dust, changing earth’s magnetic fields, volcanic aerosols, CO2 distribution over the oceans, polar ice cap extent, ocean currents, etc., the article wrote.

Spiegel described that Climap expert James D. Hays, John Imbrie and Nicholas J. Shackleton had examined the Milankovitch cycles and this had led them to conclude that changes in the earth’s orbit had been the “fundamental cause” of the cycles between ice age and warm periods.

The trend for the next 20,000 years is headed for a widespread glaciation of the northern hemisphere. and a colder climate.”

The earth’s orbit, namely after having been extremely elliptical, is again approaching a circular form, which is characteristic for the ice ages.”

Since the mid 1940s, for example, the mean annual temperature has fallen 0.3° Celsius: and indeed snow and ice area during this time has expanded by more than a tenth. Also the droughts in the African Sahel zone and the past summers in Europe are being ascribed to the minimally seeming heat loss.”

Spiegel also wrote that even the CIA had taken the findings very seriously:

America’s intelligence service in any case already summarized the Climap findings in a warning to the US government. The CIA prophesized that the climate would soon simulate soon once again the 1600 to 1850 so-called Little Ice Age — ‘a time of drought, hunger and political unrest’.”