German Daily Writes Climate Summit-Hosting Germany Embarrassing Itself As Its Own Emissions Rise!

But there is one small, highly embarrassing problem with the event: host Germany has not been able to reduce its greenhouse gas emissions over the past 8 years, despite tens of billions invested in green energy. Last year German CO2 emissions in fact rose by some 6 million tonnes, from 902 million tonnes in 2015 to 908 million tonnes.

Die Welt’s Wetzel reports that the timing of the news “couldn’t be worse” and that it is “embarrassing” for host Germany which was once considered a shining example of how to transition over to a clean energy economy.

The reality id that most of Germany’s reductions since 1990 resulted from the shutting down the filthy communist-run industries in former East Germany — something that was achieved by modern industry. Very little progress has in fact been made since 2000, when the renewable energy drive began in earnest — despite the now over 1 trillion euros committed thus far. 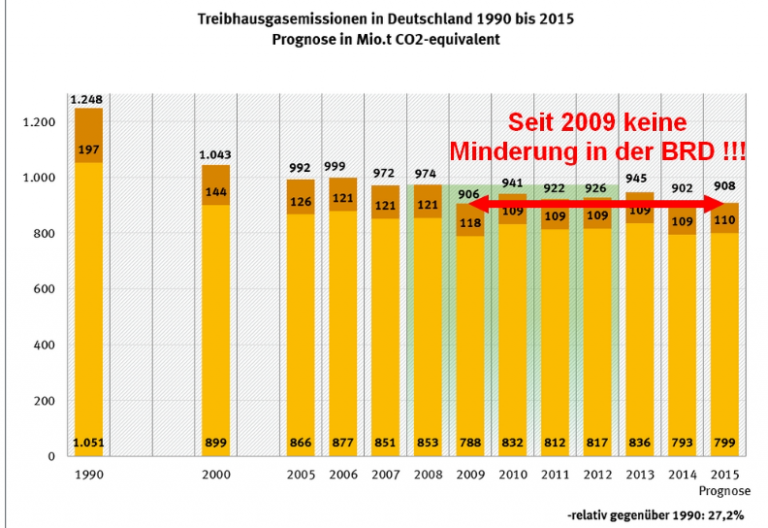 Die Welt’s Wetzel not only writes that Germany’s progress in reductions is embarrassing, but that the country will also surely miss its 2020 reductions target of 40%. Currently Germany has cut reductions by 27.6%, and that has not gone anywhere since 2009. Again, the lion’s share of reductions came from shutting down East German communist-run industry.

Wetzel writes that if the global community wishes to meet its 2050 targets, the rate at which renewable energy gets installed will have to increase 7-fold!

As Science Skeptical writes that is likely not going to happen as the planet continues to gallop from one emissions record to another. 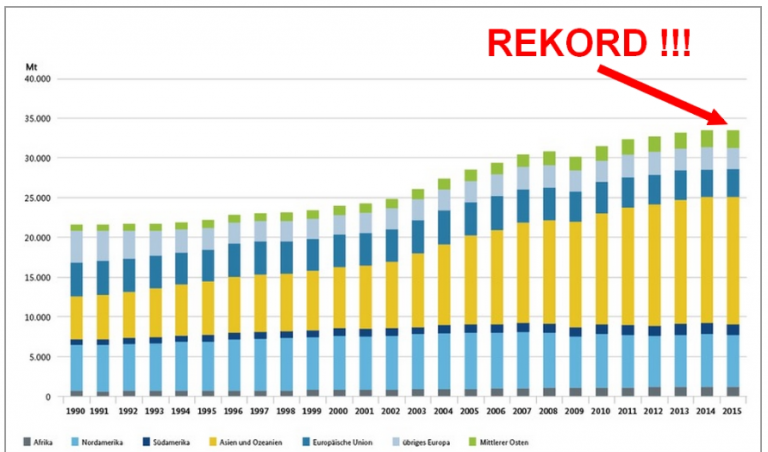 The claim by climate activists that the world can wean itself off fossil fuels is nothing more than a pie-in-the-sky illusion.

28 responses to “German Daily Writes Climate Summit-Hosting Germany Embarrassing Itself As Its Own Emissions Rise!”