While fully accepting the perspective that fossil fuel energy production and consumption must be dramatically reduced to save the planet from dangerous CO2-induced global warming, four Australian researchers have compiled a comprehensive rebuke of the premise that renewable energies (wind, solar, biomass, etc.) can feasibly supplant fossil fuels to become the dominant power source for the world.

The authors’ analysis zeroes in on the devastating conclusion that each and every one of the 24 previous attempts to substantiate the claim that a 100% renewable energy grid is achievable have failed to satisfy even the most basic feasibility criteria.

Further, a commitment to all-renewable energy sources means there will need to be a massive and unprecedented increase in grid extensions (for new power distribution systems), as well as realized plans for extreme and unrealistic land-use expansion (for biomass production especially) that would threaten ecosystem preservation, biodiversity, and land conservation efforts.

From a humanitarian standpoint, it is conceded that attempts to “decarbonize” energy sources seriously hampers efforts to provide electricity generation to the world’s most impoverished people. In fact, Heard and colleagues conclude that a commitment to renewable-only energy supplies “appears diametrically opposed to [the] eradication of poverty … and social justice for indigenous people.”

Again, these damning conclusions have been advanced by researchers avidly committed to reducing or eliminating fossil fuel energy production for the sake of mitigating global warming.  And yet even staunch renewable energy advocates cannot find a way to substantiate the claim that 100% renewable power generation is feasible.

A very brief summation of the highlights from the analysis — as well as the link to the full paper — is provided below.

Burden Of Proof: A Comprehensive Review Of The

“While many modelled scenarios have been published claiming to show that a 100% renewable electricity system is achievable, there is no empirical or historical evidence that demonstrates that such systems are in fact feasible. Of the studies published to date, 24 have forecast regional, national or global energy requirements at sufficient detail to be considered potentially credible. We critically review these studies using four novel feasibility criteria for reliable electricity systems needed to meet electricity demand this century. [N]one of the 24 studies provides convincing evidence that these basic feasibility criteria can be met. Of a maximum possible unweighted feasibility score of seven, the highest score for any one study was four. … On the basis of this review, efforts to date seem to have substantially underestimated the challenge and delayed the identification and implementation of effective and comprehensive decarbonization pathways.”

“Our review of the 100%-renewable-scenario literature raises substantial concerns. The widespread assumptions of deep cuts in primary energy consumption defy historical experience, are generally inconsistent with realistic projections, and would likely raise problems for developing countries in meeting goals of poverty alleviation.”

“[E]conomic growth and poverty reduction in developing countries is crucially dependent on energy availability. A reduction in primary energy is an unlikely pathway to achieve these humanitarian goals. To move beyond subsistence economies, developing nations must accumulate the necessary infrastructure materially concentrated around cement and steel. That energy-intensive process likely brings with it a minimum threshold of energy intensity for development. Across a collation of 20 separately modelled scenarios of primary energy for both India and China, Blanford et al. found a range of energy-growth pathways from approximately +50 to +200% from 2005 to 2030. None of those scenarios analyzed for these two countries — with a combined population of almost 2.5 billion people — suggested static or reduced primary energy consumption.”

“The remaining feasibility gaps lie in the largely ignored, yet essential requirements for expanded transmission and enhanced distribution systems, both to transport electricity from more sources over greater distances, and to maintain stable system operations. Fürsch et al. suggested that a cost-optimized transmission network to meet a target of 80% renewables in Europe by 2050 would demand an additional 228,000 km of transmission grid extensions, a +76% addition compared to the base network. … Rodríguez et al. [83] concluded that to obtain 98% of the potential benefit of grid integration for renewables would require long-distance interconnector capacities that are 5.7 times larger than current capacities. Becker et al. found that an optimal four-fold increase in today’s transmission capacity would need to be installed in the thirty years from 2020 to 2050. An expansion of that scale is no mere detail to be ignored.”

“Perhaps our most concerning finding relates to the dependence of 100% renewable scenarios on biomass. The British scenario is a typical example; even with the assumption of a 54% reduction in primary energy consumption, biomass requires 4.1 million ha [hectares] of land to be committed to the growing of grasses, short-rotation forestry and coppice crops (17% of UK land area). … The WWF scenario demanded up to 250 million ha [hectares] for biomass production for energy, along with another 4.5 billion m3 of biomass from existing production forests to meet a scenario of an absolute reduction in primary energy from today.”

“[I]n applying so many assumptions to deliver changes far beyond historical precedents, the failure in any or several of these assumptions regarding energy efficiency, electrification or flexible load would nullify the proposed supply system. As such, these systems present a fragile pathway, being conceived to power scenarios that do not exist and likely never will.” 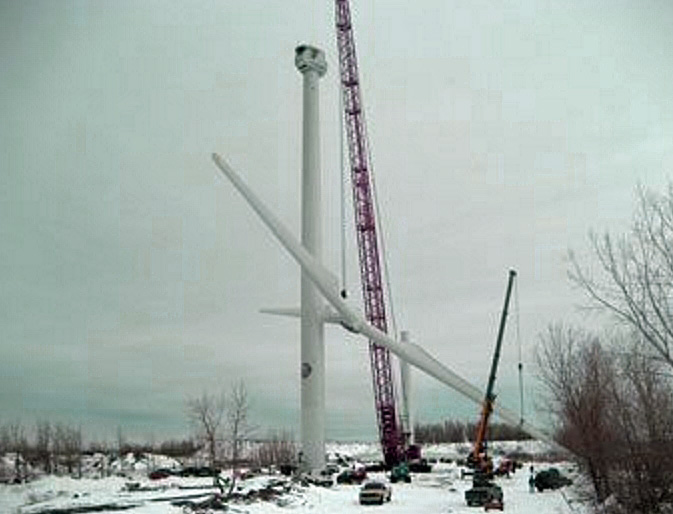 1.      “To date, efforts to assess the viability of 100% renewable systems, taking into account aspects such as financial cost, social acceptance, pace of roll-out, land use, and materials consumption, have substantially underestimated the challenge of excising fossil fuels from our energy supplies. This desire to push the 100%-renewable ideal without critical evaluation has ironically delayed the identification and implementation of effective and comprehensive decarbonization pathways. We argue that the early exclusion of other forms of technology from plans to decarbonize the global electricity supply is unsupportable, and arguably reckless.”

2.      “The realization of 100% renewable electricity (and energy more broadly) appears diametrically opposed to other critical sustainability issues such as eradication of poverty, land conservation and reduced ecological footprints, reduction in air pollution, preservation of biodiversity, and social justice for indigenous people.”

3.     “The evidence from these studies for the proposition of 100% renewable electricity must therefore be heavily discounted, modified or discarded.”