At Twitter hurricane expert Philip Klotzbach recently tweeted a couple of charts which are certainly worthy of mentioning again.

The first one helps to tell us why some people may think Atlantic hurricanes have become more frequent. Today the detection and monitoring technology allows constant, 100% coverage, and so every single storm gets picked up. 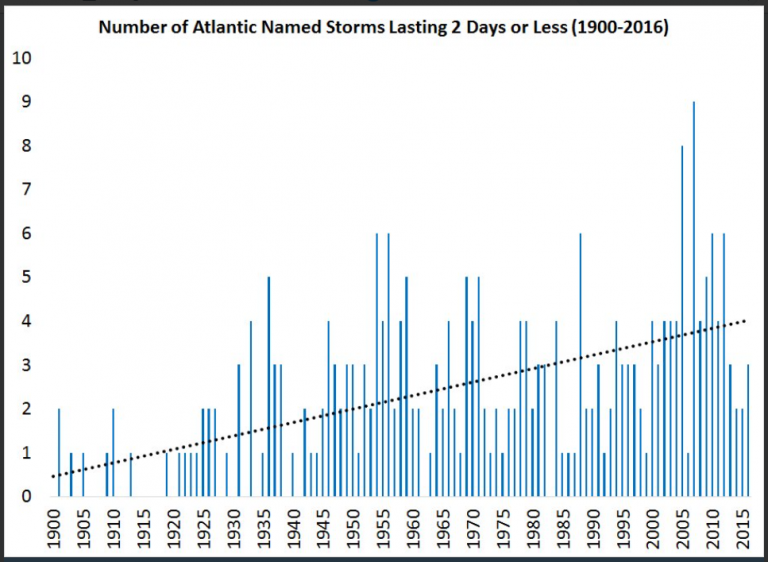 Years ago a storm lasting less than two days probably did not get acknowledged and thus went unnamed before disappearing completely. Today, as the chart shows, many short-lived disturbances get a name and thus forever have a place in the 2named storm” statistic.

Gore’s hurricane hype is all fraud

Next there are all the claims of rapidly increasing damage from hurricanes, like Al Gore often hypes up. Of course as population and property grow along coastal area, the net dollar amount in damages indeed grows. But when the damage gets normalized, the trend looks very different, as shown by the following chart: 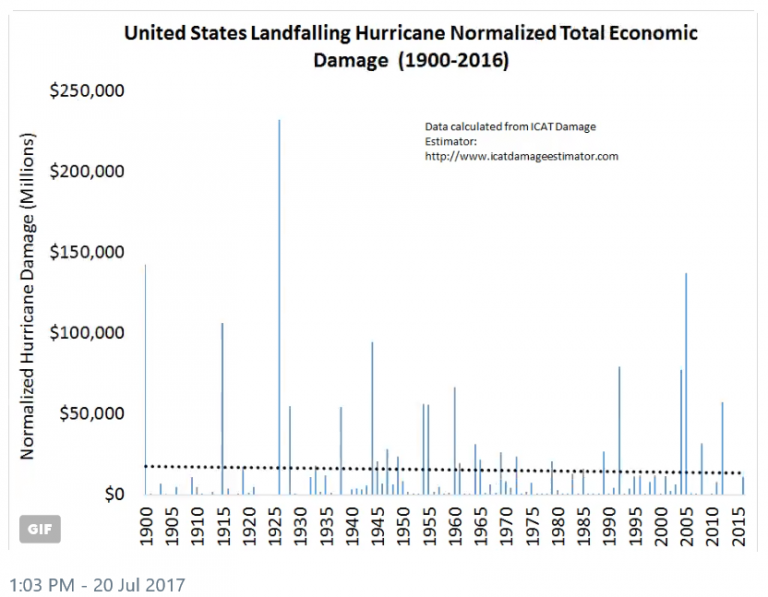 Above we see no increase total economic damage. Things are not getting worse as con-man Mr. Gore likes to claim.

Next Climate Depot here brings us another chart from Prof. Roger Peilke Jr of the University of Colorado in Boulder. It shows global weather-related disaster losses as a proportion of GDP: 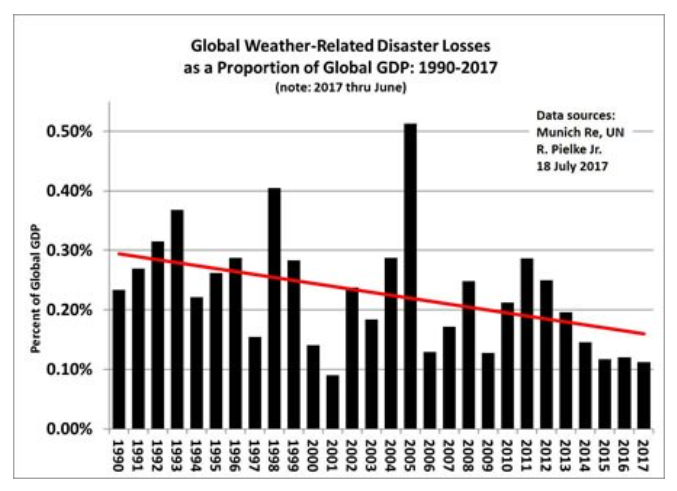 Well, look at that! The chart above clearly tells us losses as a percent of GDP have halved over the past 27 years! Not something you’d expect after listening to the end-of-world rantings of Al Gore and the climate alarmist media.

According to Professor Pielke Jr.

The world is presently in an era of unusually low weather disasters. This holds for the weather phenomena that have historically caused the most damage: tropical cyclones, floods, tornadoes and drought. Given how weather events have become politicized in debates over climate change, some find this hard to believe…The US has seen a decrease of about 20% in both hurricane frequency and intensity at landfall since 1900…Data on floods, drought and tornadoes are similar in that they show little to no indication of becoming more severe or frequent…”

In fact the real damage so far inflicted by the (lack of) storms over the years has been to the climate alarmism and destruction industry itself.