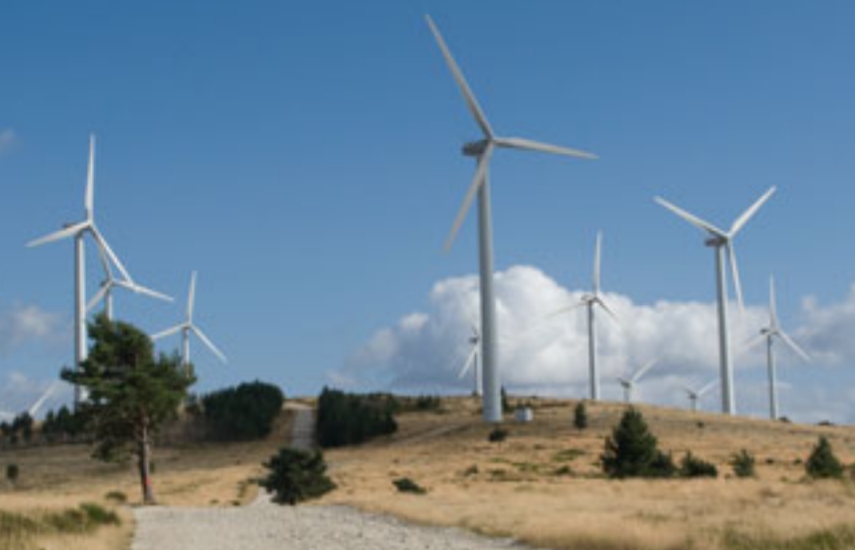 When pondering the future of wind power and its ecological impacts, it is well worth re-considering this seminal analysis from Dr. Matt Ridley.

If wind turbines were to supply all of that growth but no more, how many would need to be built each year? The answer is nearly 350,000, since a two-megawatt turbine can produce about 0.005 terawatt-hours per annum. That’s one-and-a-half times as many as have been built in the world since governments started pouring consumer funds into this so-called industry in the early 2000s.

At a density of, very roughly, 50 acres per megawatt, typical for wind farms, that many turbines would require a land area half the size of the British Isles, including Ireland. Every year.

If we kept this up for 50 years, we would have covered every square mile of a land area half the size of Russia with wind farms. Remember, this would be just to fulfill the new demand for energy, not to displace the vast existing supply of energy from fossil fuels, which currently supply 80 per cent of global energy needs.

The profound costs to wildlife of future-planning to expand wind energy to the levels demanded by “green” advocates — just to meet the world population’s additional energy demands with 350,000 more turbines each year — has been increasingly documented by scientists.

The last remaining vulture species native to southeastern Europe is “likely” faced with extinction in the next few decades due to an “eight to ten times greater” mortality rate associated with the rapid expansion of wind energy projects in the region (Vasilakis et al., 2017).

Bat species can be found dwelling in a wide variety of terrestrial habitats, including deserts and along sea coasts. Each species may play a fundamental role in its local ecosystem.  For example, Kuntz et al., (2011) indicate that 528 different plant species rely on bat pollination and seed dispersal for sustainability.  Boyles et al., (2011) estimated that by controlling pest populations (insects), the agricultural benefits of bats may reach $22.9 billion (U.S.D.) annually in the continental U.S. alone.

In addition to White Nose Syndrome, deaths  connected to collisions with wind turbines are now the leading cause of multiple mortality events in bats (O’Shea et al., 2016).  Roughly 25% of North American bats are now classified at risk for extinction (Hammerson et al, 2017), in large part due to the explosion of wind turbines across the landscape.   If the expansion of wind turbines continues at its current pace, the hoary bat population is projected to be reduced by 90% (Frick et al., 2017) within the next 50 years.   As Hein and Schirmacher (2016) conclude, the “current and presumed future level of fatality [for bat populations] is considered to be unsustainable.”

Even large mammals like the already endangered Portuguese wolf  (“between 200 and 400 individuals” left) has had its reproduction rates reduced by the recent addition of nearly 1,000 new turbines in their shrinking habitat range (Ferrão da Costa et al., 2017 ).

So what, exactly, are we gaining in exchange for increasingly endangering critically important wildlife species?  Slightly above nothing.

According to the IEA, wind energy provided for 0.39% of the world’s total energy demands as of 2013.

At what point may we ask: Are the benefits of wind energy worth the ecological and wildlife costs?

Numerous wind farms are planned in a region hosting the only cinereous vulture population in south-eastern Europe. We combined range use modelling and a Collision Risk Model (CRM) to predict the cumulative collision mortality for cinereous vulture under all operating and proposed wind farms. Four different vulture avoidance rates were considered in the CRM.  Cumulative collision mortality was expected to be eight to ten times greater in the future (proposed and operating wind farms) than currently (operating wind farms), equivalent to 44% of the current population (103 individuals) if all proposals are authorized (2744 MW). Even under the most optimistic scenario whereby authorized proposals will not collectively exceed the national target for wind harnessing in the study area (960 MW), cumulative collision mortality would still be high (17% of current population) and likely lead to population extinction.

Conservationists are increasingly concerned about North American bats due to the arrival and spread of the White-nose Syndrome (WNS) disease and mortality associated with wind turbine strikes. To place these novel threats in context for a group of mammals that provides important ecosystem services, we performed the first comprehensive conservation status assessment focusing exclusively on the 45 species occurring in North America north of Mexico. Although most North American bats have large range sizes and large populations, as of 2015, 18–31% of the [North American bats] species were at risk (categorized as having vulnerable, imperiled, or critically imperiled NatureServe conservation statuses) and therefore among the most imperiled terrestrial vertebrates on the continent.

Large numbers of migratory bats are killed every year at wind energy facilities. However, population-level impacts are unknown as we lack basic demographic information about these species. We investigated whether fatalities at wind turbines could impact population viability of migratory bats, focusing on the hoary bat (Lasiurus cinereus), the species most frequently killed by turbines in North America. Using expert elicitation and population projection models, we show that mortality from wind turbines may drastically reduce population size and increase the risk of extinction. For example, the hoary bat population could decline by as much as 90% in the next 50 years if the initial population size is near 2.5 million bats and annual population growth rate is similar to rates estimated for other bat species (λ = 1.01). Our results suggest that wind energy development may pose a substantial threat to migratory bats in North America. If viable populations are to be sustained, conservation measures to reduce mortality from turbine collisions likely need to be initiated soon. Our findings inform policy decisions regarding preventing or mitigating impacts of energy infrastructure development on wildlife.

Two recent attempts were made to estimate bat fatality in the United States for 2012. Hayes (2013) followed a similar approach to Cryan (2011) and based his analysis primarily on the limited dataset from Arnet et al. (2008). Hayes (2013) indicated that >600,000 bats were killed at wind energy facilities in 2012 and suggested that this was a conservative estimate. Smallwood (2013) estimated up to 888,000 bats were killed in the United States in 2012. … We suggest that each of these be considered an order of magnitude estimate; taken together, they highlight the almost certain large number of bats being killed (i.e., on the order of hundreds of thousands per year) in the United States and Canada. Given that bats have a low reproductive rate—typically only having 1 or 2 pups/year—and require high adult survivorship to avoid population declines (Barclay and Harder 2003), this level of impact presumably puts bat populations at risk. Moreover, many species were thought to be declining prior to the onset and expansion of wind energy development, including species impacted by white-nose syndrome (Winhold et al. 2008, Frick et al. 2010). Although population data are sparse or lacking for many bat species, current and presumed future level of fatality is considered to be unsustainable, and actions to reduce impact of wind turbines on bats should be implemented immediately.

Over the last 15 years, more than 900 wind turbines were built inside the range of the Portuguese wolf. Due to the endangered status of this large carnivore in Portugal, several monitoring plans were conducted, resulting in a reasonable amount of information being collected on the effects of wind farms on wolves. We reviewed the methodological approaches, compiled major findings and summarised the mitigation/compensation measures used in Portuguese wind farms. The overall outcomes show increasing human disturbance in wind farm areas, resulting in lower wolf reproduction rates during construction and the first years of operation, as well as shifts in denning site locations of more than 2.5 km away from the wind farm. … According to a review by Lovich and Ennen (2013), the construction and operation of wind farms have both potential and known impacts on terrestrial vertebrates, such as: (i) increase in direct mortality due to traffic collisions; (ii) destruction and modification of the habitat, including road development, habitat fragmentation and barriers to gene flow; (iii) noise effects, visual impacts, vibration and shadow flicker effects from turbines; (iv) electromagnetic field generation; (v) macro and microclimate change; (vi) predator attraction; and (vii) increase in fire risks.

10 responses to “Scientists: Expansion Of Wind Turbines ‘Likely To Lead To Extinction’ For Endangered Vulture Species”