Browse: Home / 2017 / December / 09 / Trump: Paris Climate Accord “One Of The Great Catastrophes” …But Leaves Door Open For New Deal 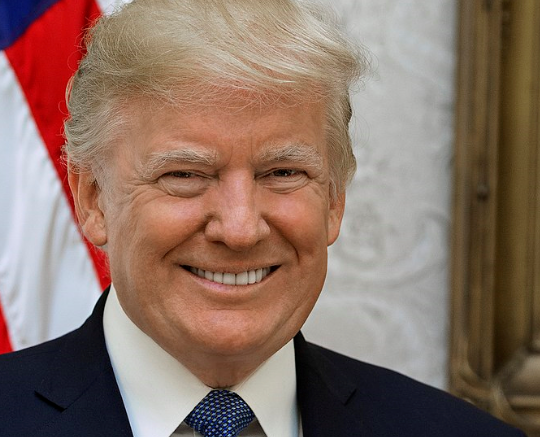 The US President re-emphasized the importance of American national sovereignty and independence from “global bureaucrats” residing in foreign countries.

In his speech the President brought up the Paris Climate Accord, a deal he refused to sign early this year, thus setting off outrage among the UN, climate activists, global bureaucrats and Accord cash-beneficiary countries worldwide.

“Would have been one of the great catastrophes”

He reminded the packed audience that he had promised “to withdraw…from the horrible Paris climate accord” — another promise he has kept.

He said: “It costs us a fortune. China doesn’t start until 2030, I think. Russia doesn’t have to go back to like a recent date; they go back to somewhere like the 1990s, which was a high pollution time. Other countries we end up giving money to. This would have been one of the great catastrophes.”

“I could come back to the Paris Accord”

But Trump left the door open for a better deal, one that would be much fairer: “And I can come back into the deal at a much better price. I could come back to the Paris Accord.”

Trump then repeated his commitment to “clean air” and “crystal clean water”. He said that if the USA pledged to accept the numbers set forth by the Paris Accord, “We would have to close factories and businesses in order to qualify by 2025. […] In the meantime some of those countries are spewing out stuff like you wouldn’t believe.”

US has already significantly cut emissions

Over the past decade the USA has already substantially cut back its “greenhouse gas” emissions, by an amount that equals Germany’s total annual output – something that never gets mentioned in the media. Paris Climate Accord-promoting Germany on the other hand, has not cut its emissions in almost a decade. Currently the USA emits roughly half as much as China does.

Performance by other climate protection-preaching western countries is not always what it is made out to be. Many western countries are meeting their targets by merely offshoring their CO2-emitting industries over to low environmental standards regions like China and India. The result: global CO2 emissions are in reality higher rather than lower.

Trump then mocked wind energy as being unreliable and inefficient, saying: “Windmills are wonderful. But you know when the wind doesn’t blow, they really do cause problems. ‘We have no energy this week! Well hopefully the wind will start blowing pretty soon!'”

36 responses to “Trump: Paris Climate Accord “One Of The Great Catastrophes” …But Leaves Door Open For New Deal”