“Extreme sea level rise warnings based on predictions by never validated models, or speculations, that are defocusing coastal management from every other relevant situation, should be discharged.” — Parker, 2018 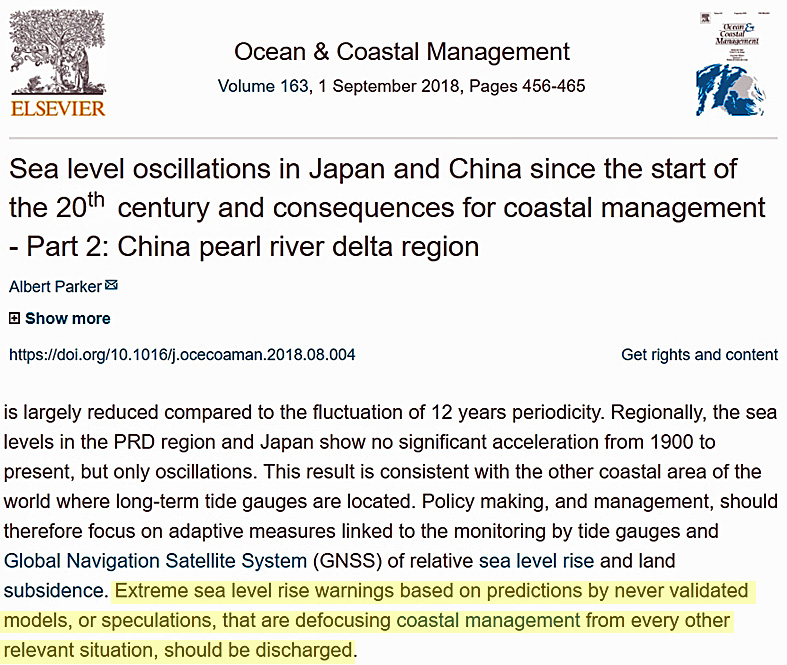 Sea level oscillations in Japan and China since the start of

the 20th century and consequences for coastal management

“Regionally, the sea levels in the PRD [Pearl River Delta, China] region and Japan show no significant acceleration from 1900 to present, but only oscillations. This result is consistent with the other coastal area of the world where long-term tide gauges are located. Policy making, and management, should therefore focus on adaptive measures linked to the monitoring by tide gauges and Global Navigation Satellite System (GNSS) of relative sea level rise and land subsidence. Extreme sea level rise warnings based on predictions by never validated models, or speculations, that are defocusing coastal management from every other relevant situation, should be discharged.”

“[T]he long-term tide gauges of the world show no significant sign of sea level acceleration since the start of the 20th century.”

“Ocean and coastal management in the area should be based on the accurate monitoring of the relative sea level rise and the subsidence of the land by coupled tide gauge and Global Navigation Satellite System measurements, rather than models’ predictions and speculations defocusing coastal management from more relevant situations than the non-existent threat of extreme sea level rise.” 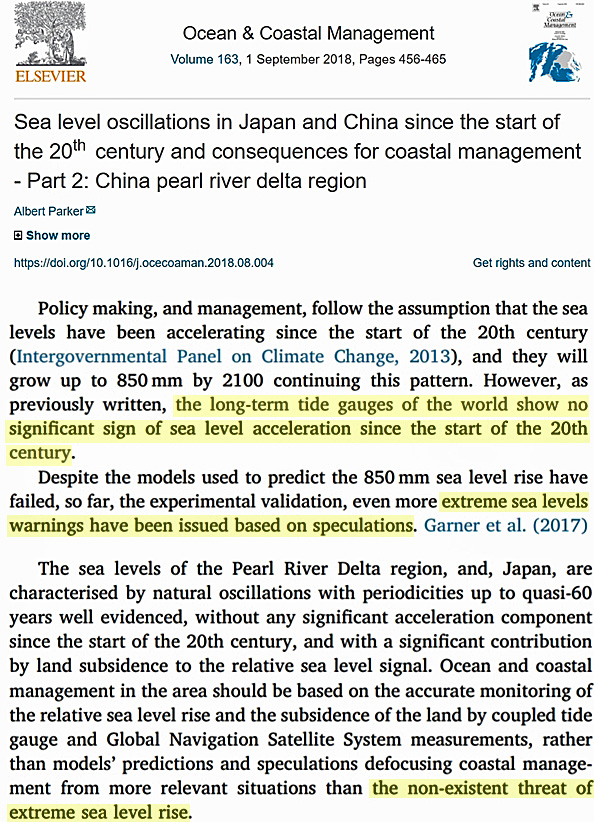