Utilizing real-world Raman spectrometer data, an independent researcher from Sweden has found both N2 and O2 do indeed absorb radiation, or function as GHGs. If true, the CO2-is-a-special-heat-trapping-gas conceptualization effectively collapses. 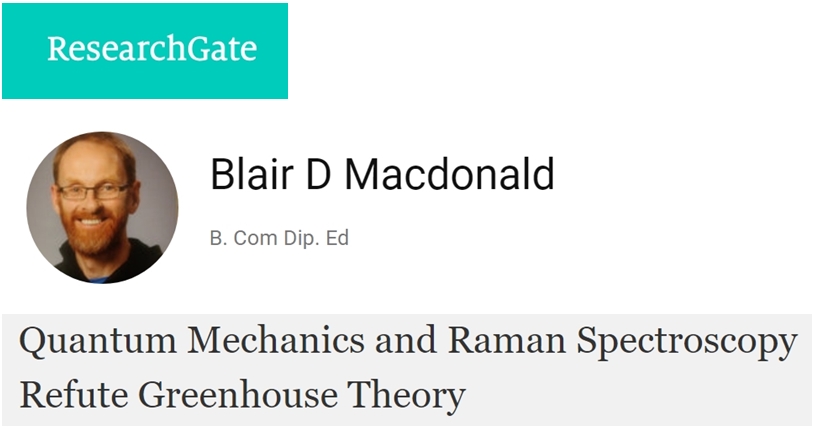 Concisely, Macdonald has determined that CO2 is no more “special” a gas absorber and re-emmitter of radiation than nitrogen or oxygen, even though the latter are not considered greenhouse gases.

What follows is but a tiny snapshot of some key points from this comprehensively-sourced paper.

Note: It would be advisable that interested readers – especially those who are rightly skeptical of iconoclastic analyses like these – should read the text in some detail before commenting.  Turning the spotlight on papers that question conventional wisdom is primarily intended to elicit open-minded discussion.  It is not intended to convey we have arrived at a definitive conclusion about the authenticities of the CO2 greenhouse effect.

Abstract:  “Greenhouse theory’s premise, nitrogen and oxygen are not greenhouse gases as they do not emit and absorb infrared radiation, presents a paradox; it contradicts both quantum mechanics and thermodynamics – where all matter above absolute 0° Kelvin radiates IR photons.  It was hypothesized these gases do radiate at quantum mechanics predicted spectra, and these spectra are observed by IR spectroscopy’s complement instrument, Raman spectroscopy; and N2 spectra can be demonstrated to absorb IR radiation by experiment, and application o the N2-CO2 laser.  It was found the gases do possess quantum predicted emission spectra at 2338 cm−¹ and 1156 cm−¹ respectively, both well within the IR range of the EMS, and are only observed – and their temperatures accurately measured – by Raman spectrometers.  Raman spectrometers measure, more accurately, the Keeling curve, and have application with meteorological Lidars and planetary atmospheric analysis.  The N2-CO2 Laser showed – contrary to current greenhouse theory – N2 absorbs electrons or (IR) photons at its – metastable ‘long-lasting’ – spectra mode.  It was argued atmospheric CO2, as a law, is heated by the same mechanism as the N2-CO2 laser: nitrogen (first) and the entire atmosphere absorbs IR radiation directly from the Sun, just as it heats water on the ocean surface.  With these findings, greenhouse theory is wrong – all gases are GHGs [greenhouse gases] – and needs review.” 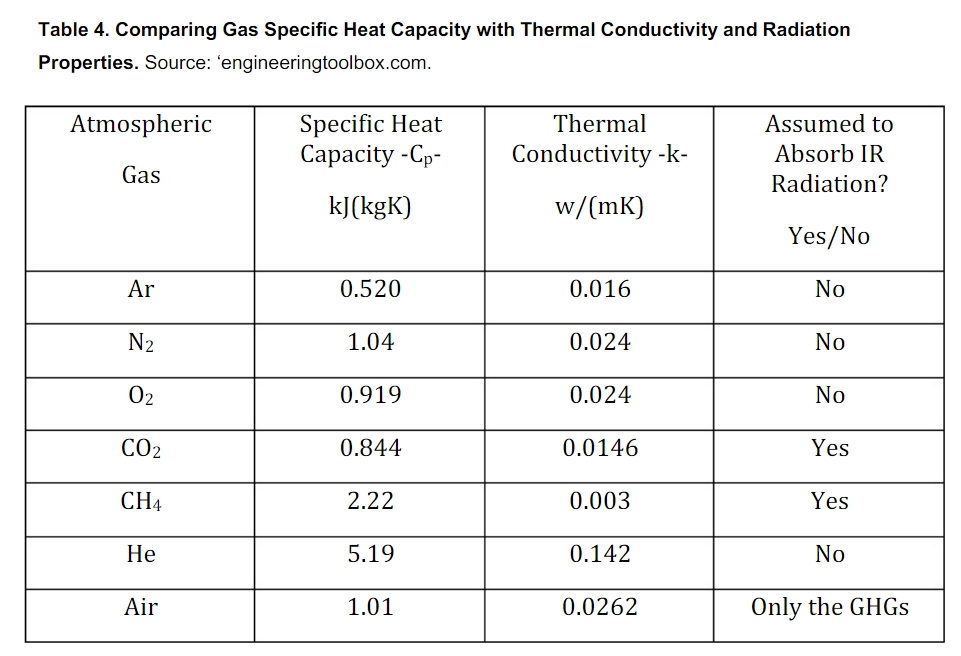 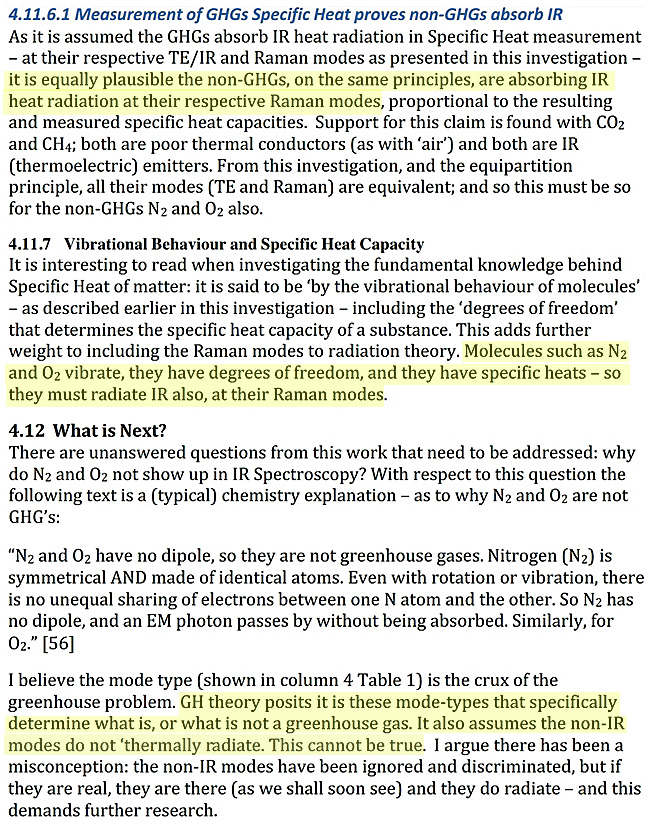 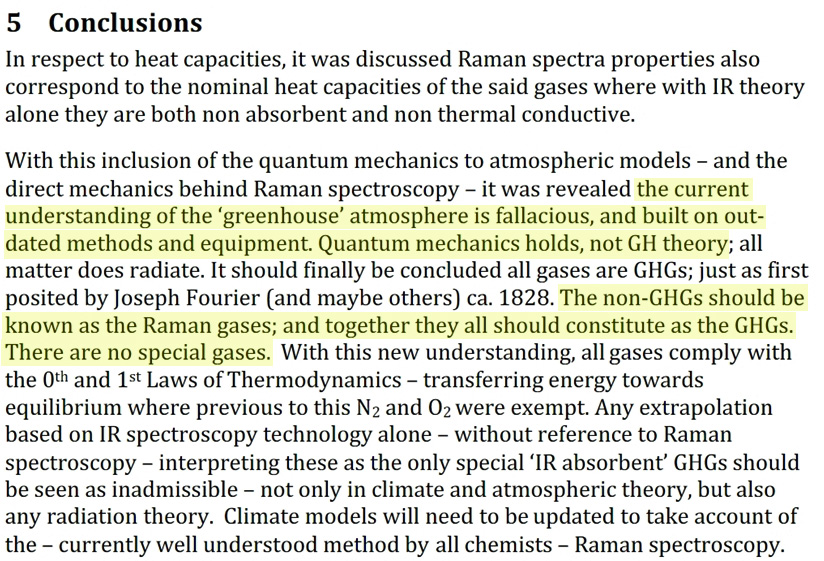 145 responses to “Claim: Real-World Spectral Measurements Show The ‘Greenhouse Theory Is Wrong’ – ALL Gases Are GHGs”