As the Asahi Shimbun here reports, Japan’s northernmost main island of Hokkaido has been gripped by a deep freeze with the temperature plunging to -31.8°C in Rikubetsu on February 9. 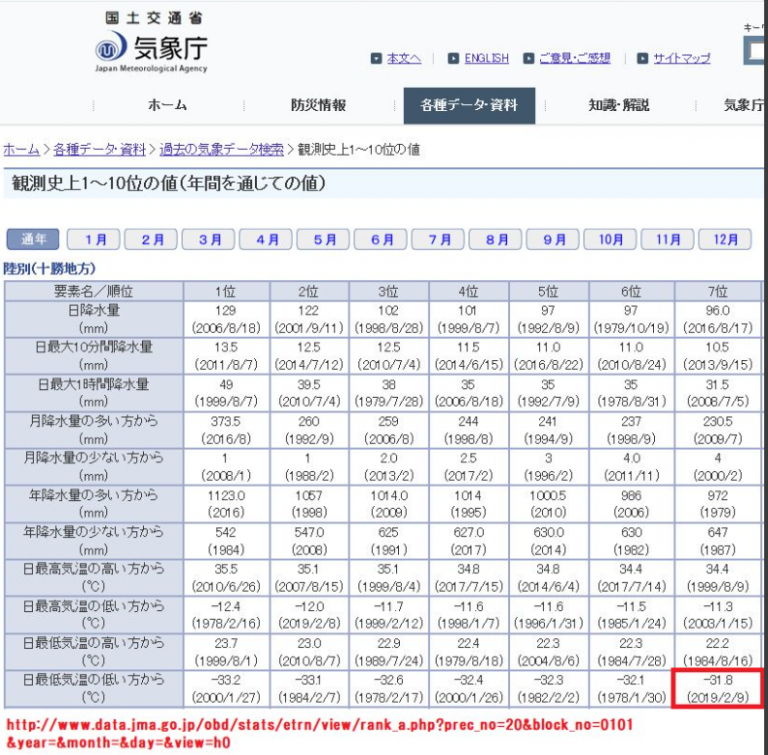 Although some media outlets are claiming the record cold is due to a phenomenon that is often implied as being new and caused by global warming, it is in reality what people simply used to call a plain old ‘cold wave’.

The NOAA reports here that the “polar vortex” is in fact nothing new at all, and that the term had been used already 166 years ago, back in 1853!

The Japan Times here reported that it was “the coldest air mass ever recorded” to hit Hokkaido”.

How can global warming be causing record cold air masses? Air masses are supposed to be getting warmer, and not colder. Climate scientists are desperately scrambling to explain the inconvenient cold events.

Referring to the Japan Meteorology Agency (JMA), The Japan Times have written: “The agency said a cold air mass with a temperature of minus 24.4, the lowest seen since it began compiling such data in 1957, was hovering about 1,500 meters above Sapporo, which saw the mercury drop to minus 12.5 in the morning.”

The cold is so severe that it even froze a fire extinguisher system at a nuclear power plant in Hokkaido, “due to a record cold weather,” reported the NHK World here.