Scientists identify more regions of the world that haven’t warmed up – and have, instead, cooled – since the early 1900s.

and opportunities for agriculture

“Between 1900 and 2016, climatic trends were characterized by significant reductions in the maximum temperatures (−0.78°C/century; p = 0.001), significant increases in minimum temperatures (0.44 °C/century; p = 0.017) [overall -0.34°C/century], and increased annual precipitation (25.4 mm/century) indicative of a wetter and more temperate WV climate. Despite increasing trends of growing degree days during the first (p ≤ 0.015) and second half of the period of record, the long-term trend indicated a decrease in GDD [warm growing degree days] of approximately 100 °C/days.” 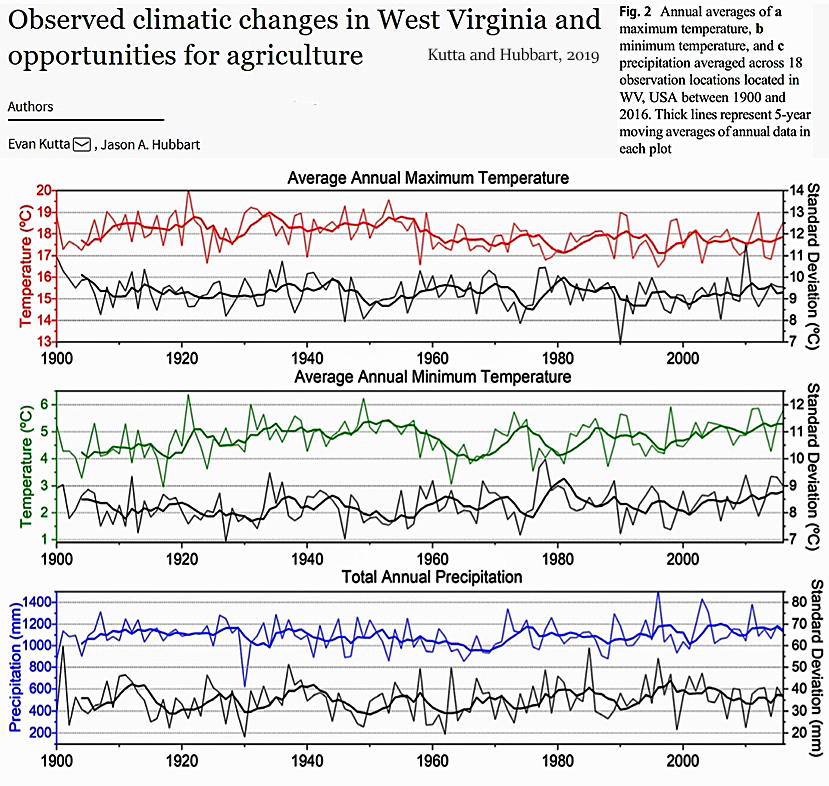 Winter climate variability in the southern 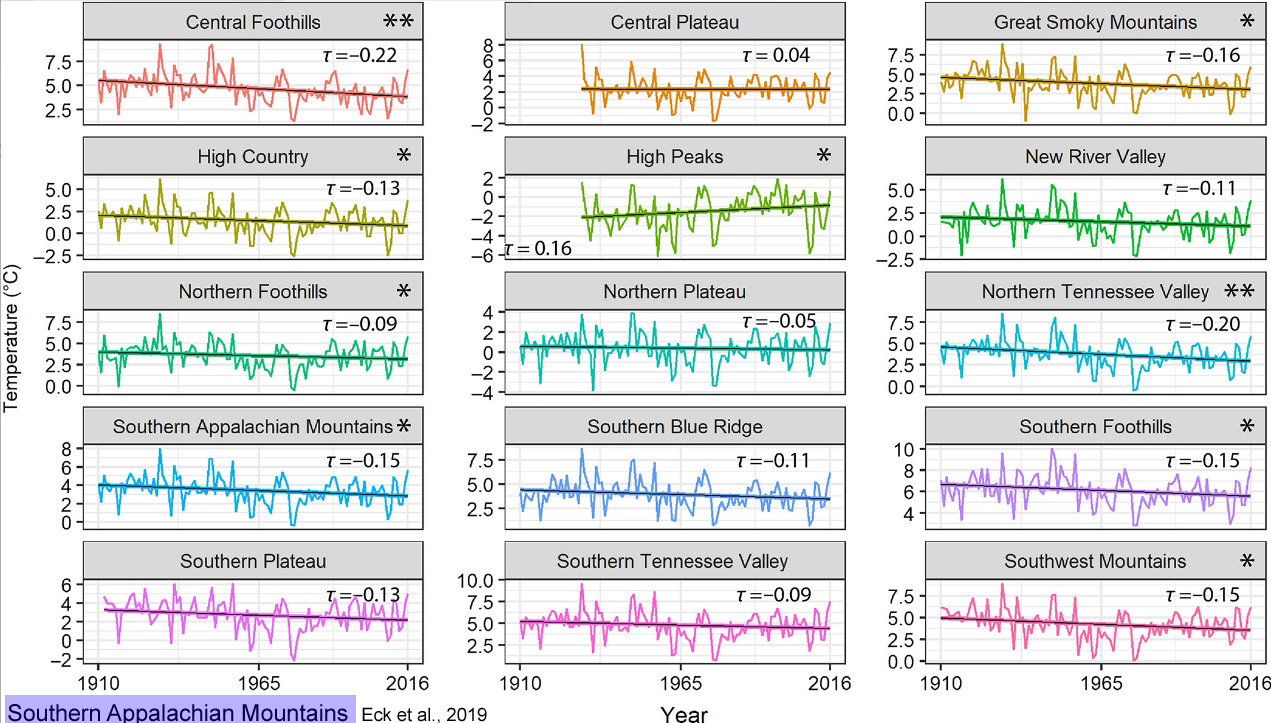 Persistent intensification of the Kuroshio Current 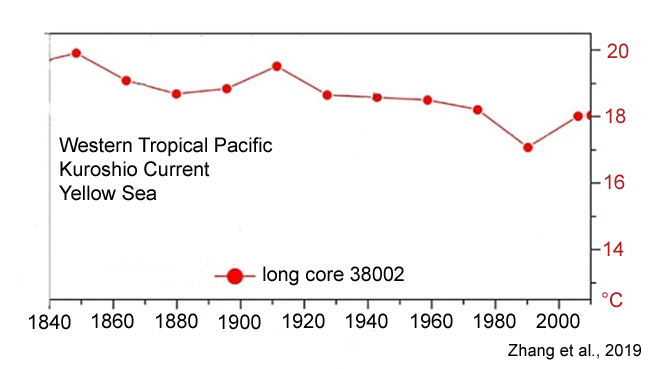 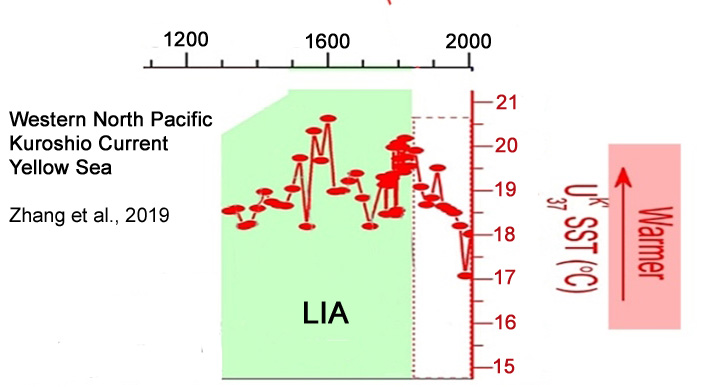 6 responses to “New Papers Find Significant COOLING In W. Virginia, Appalachia, And The Yellow Sea Since The Early 1900s”