Biggest “Do As I Say, Not As I Do” German Hypocrites: Greens Do More Air Travel Than Anyone Else!

We already know that the staunchest global warming activists do more than their share of indulging in fossil fuel profligacy. Think about Al Gore, Arnold Schwarzenegger or Leonardo DiCaprio private jet-setting all over the globe.

Or let’s look at Bernie Sanders, who likes to call “manmade climate change the greatest crisis humanity faces”, yet has no qualms about living a lavish, jet-setting life himself.

Greens fly the most

Well-heeled, alternative milieus who like voting for the Greens and the Left and prefer to live in the downtown districts fly a lot – and a long way with high emissions – we have discovered. 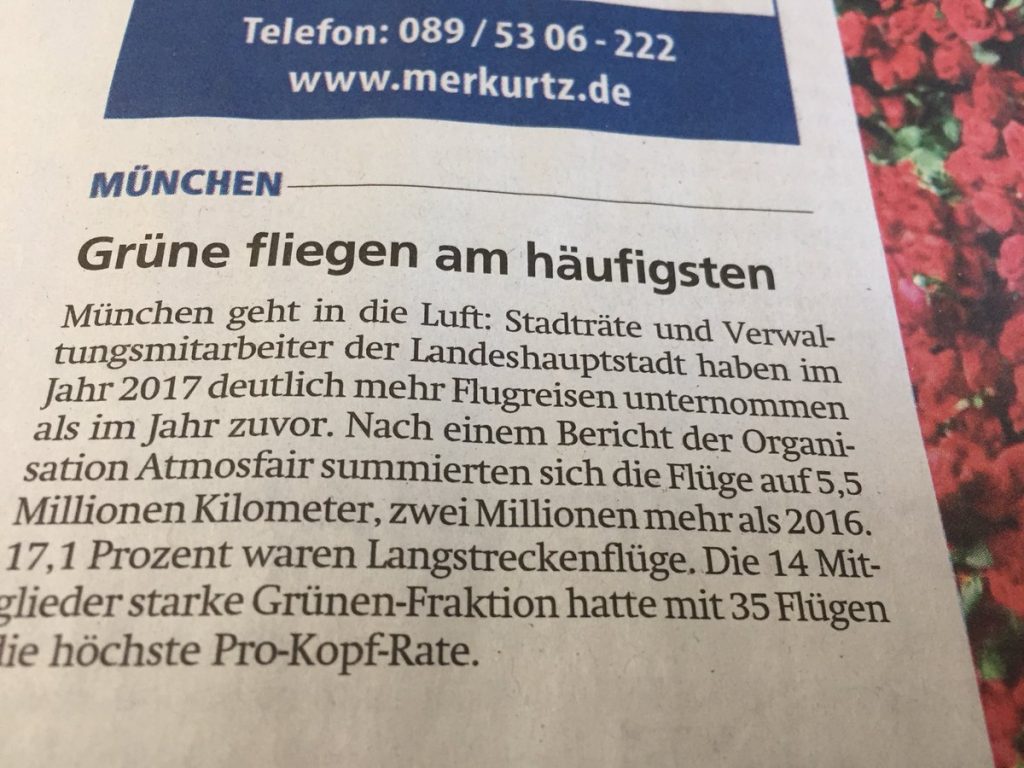 Long-haul air travel is by far the largest CO2 emitter in a short time period. A trip from Germany to the American east coast, for example to New York, emits about 4 tons of CO2 per person for a round trip; up to 6 tons are emitted to the American west coast, or about three times as much as driving a car for a whole year (12,000 kilometers) in a mid-size model.

49% of Greens flew at least once in past year

By far the Green voters are the ones who fly most frequently (49 percent reported at least one flight in the last twelve months), ahead of voters from the Left (42 percent) and clearly ahead of the conservative CDU/CSU and social democrat SPD voters (36 and 32 percent respectively).

Within a year, Green Chairwoman Katharina Schulze ruthlessly completed 124,000 air miles in her crusade to stop global warming and to eat ice cream in California. If all citizens of Bavaria followed Kerosine-Kathy’s example, Germany’s CO2 emissions would suddenly rise by more than 100 million tonnes, or one eighth of Germany’s annual equivalent output.

Longhaul Luisa “wants to fly as little as possible”

In a talk show, Luisa was asked what she personally would do to protect the climate. She answered, “Fly as little as possible”.

Posted in Activism, Alarmism, Lifestyles of the Rich and Alarmist | 11 Responses

11 responses to “Biggest “Do As I Say, Not As I Do” German Hypocrites: Greens Do More Air Travel Than Anyone Else!”