Browse: Home / 2019 / April / 22 / New Study: The Recent CO2 Increase Has Had An Even Greater Earth-Greening Impact Than Previously Thought

The Earth has been rapidly greening in recent decades, and CO2 fertilization may explain 70% of the trend (Zhu et al., 2016). A new study finds models have significantly underestimated the greening effect of rising CO2. 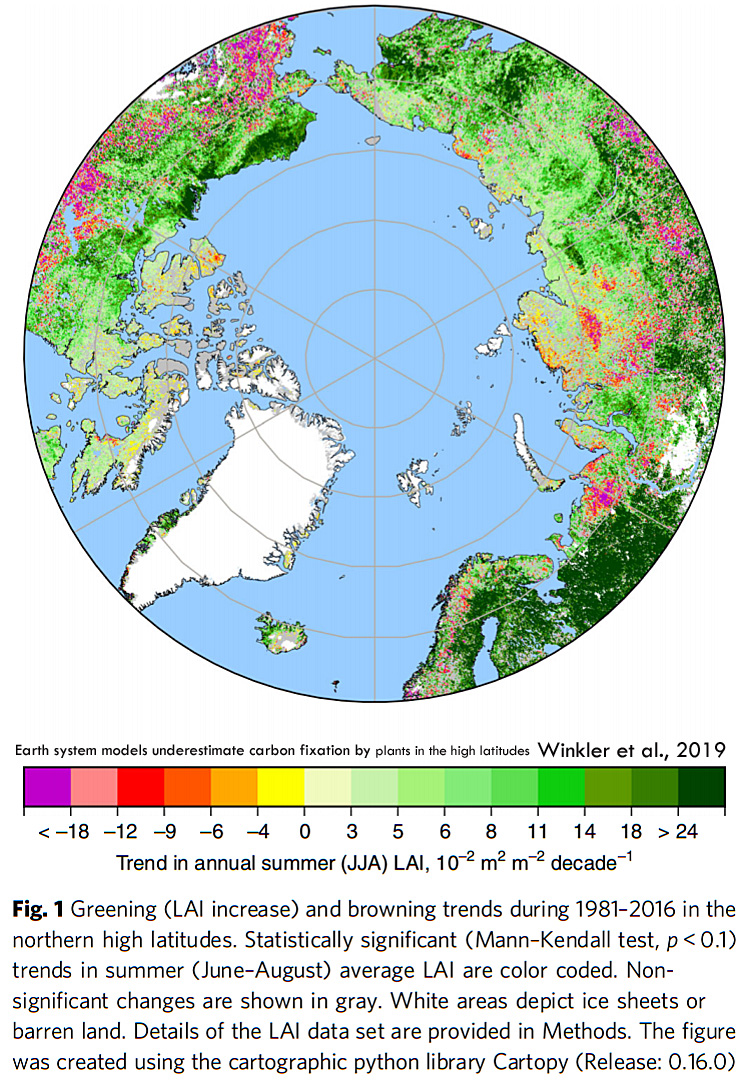 CO2 is a pollutant?

In recent years, carbon dioxide (CO2), an essential ingredient in plants’ food-making processes (photosynthesis), has been unscientifically cast as a villainous pollutant.

This colloquial development has been fomented by climate activists like Dr. Michael Mann, an atmospheric scientist who routinely characterizes rising CO2 concentrations as “global warming pollution.” 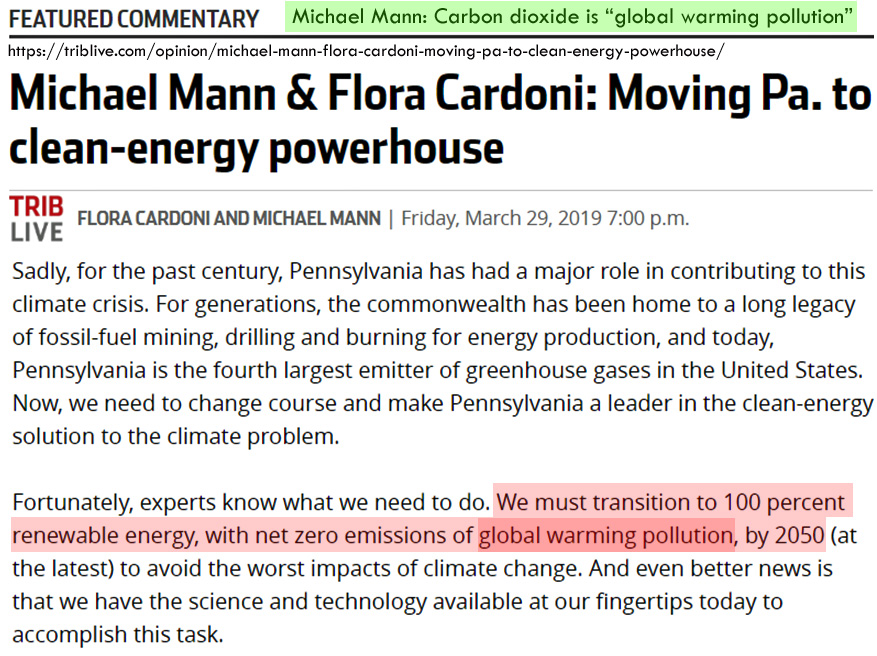 Scientists who apparently lack the political agenda of activists like Mann write glowingly about the biosphere-enriching effects of rising CO2 concentrations.

Elevated CO2 is considered to be the primary driver of the observed global-scale greening in recent decades, especially in arid regions where soil water is in limited supply (Lu et al., 2016).

Satellite observations indicate that between 25 to 50% of the globe’s vegetated regions are greener today than in the 1980s, whereas less than 5% have sustained a browning trend (Zhu et al., 2016). 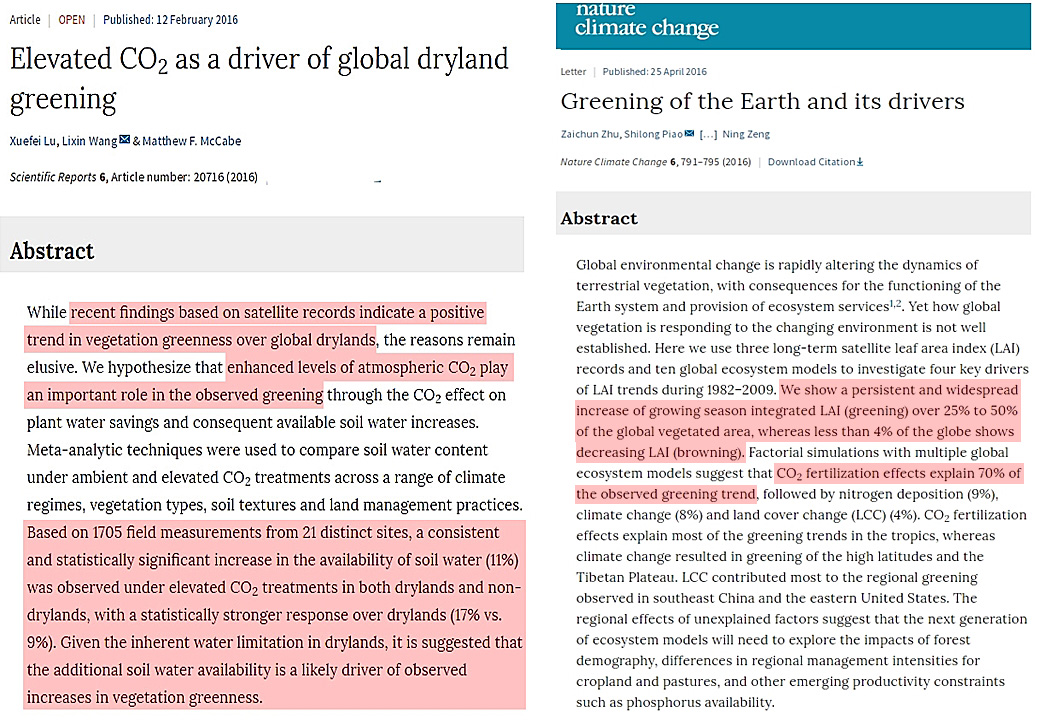 Models underestimate the greening effects of elevated CO2 by 60%

In a new study published in Nature Communications, Max Planck Institute for Meteorology’s Alexander J. Winkler and colleagues find that the 120 ppm increase in CO2 concentration since 1850 “has resulted in enhanced GPP [Gross Primary Productivity, photosynthesis] due to its [CO2’s] radiative and physiological effects.”

Updating trends in satellite-observed GPP enhancement, Winkler et al. (2019) cite a statistically significant 52% greening trend during 1981-2016, outpacing the observed changes in browning (12%) by more than a factor of 4.

The key finding of their study, though, is that Earth system models have been categorically underestimating CO2’s critical role in enhancing GPP.

The physiological effects of elevated CO2 in invigorating photosynthesis processes (greening) was found to be 60% higher than previous estimates, leading the authors to conclude:

“Our central finding is, the effect of ambient CO2 concentrations on terrestrial photosynthesis is larger than previously thought.” 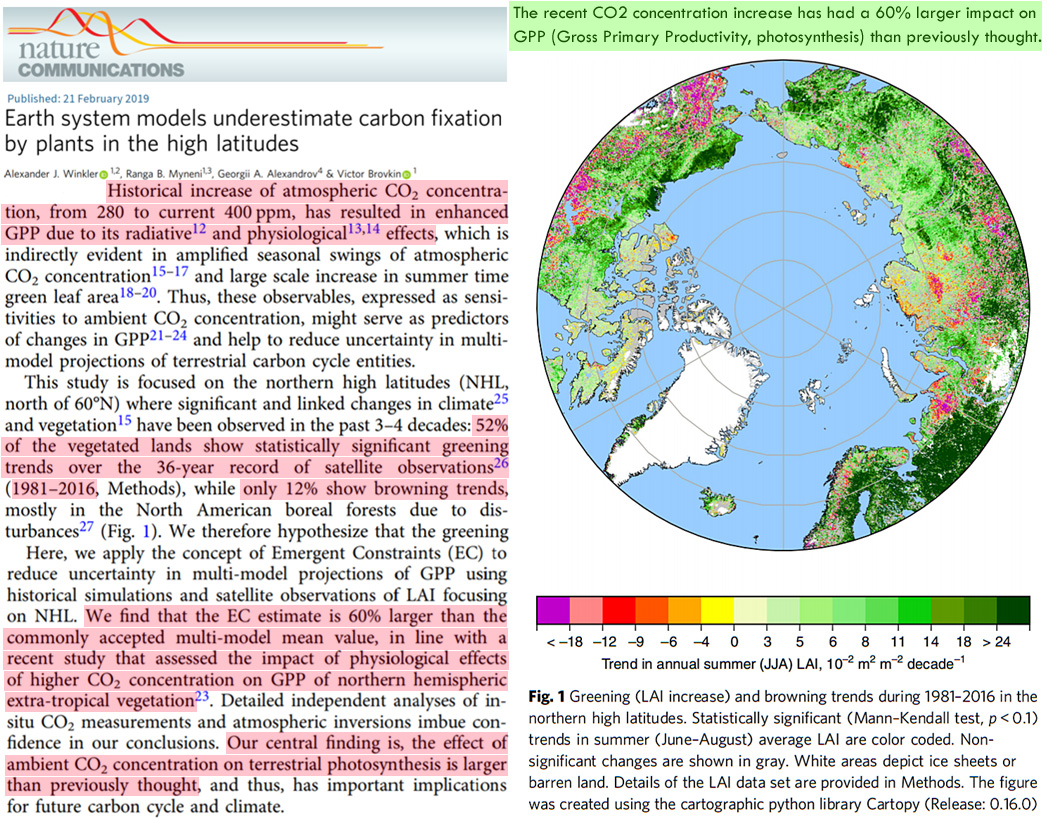 It would not appear that these scientists would agree with Dr. Michael Mann’s characterization of CO2 as “pollution”. 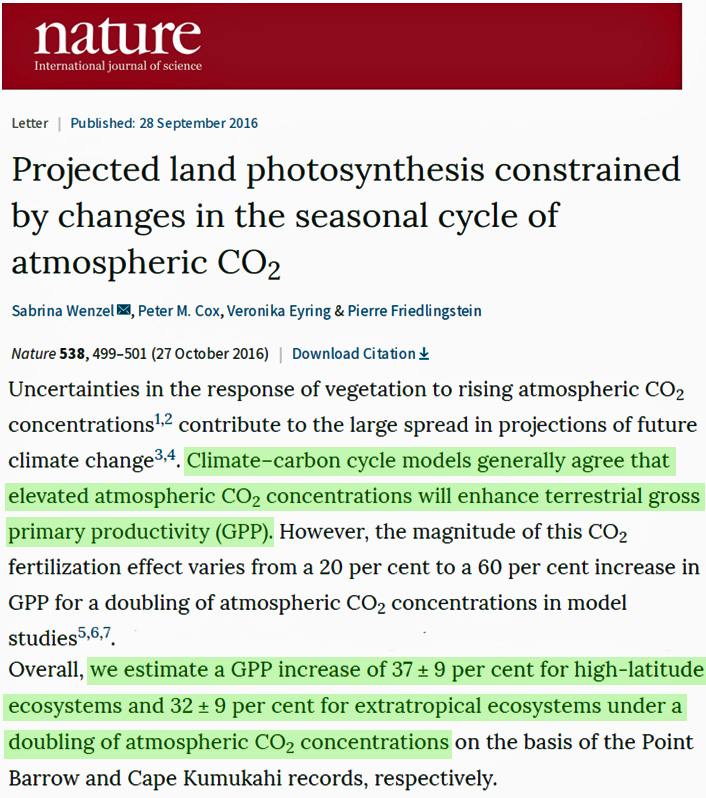 13 responses to “New Study: The Recent CO2 Increase Has Had An Even Greater Earth-Greening Impact Than Previously Thought”