Tree-ring evidence reveals recent cooling and glacier thickening in Central Asia as well as flat temperatures throughout the last 432 years. 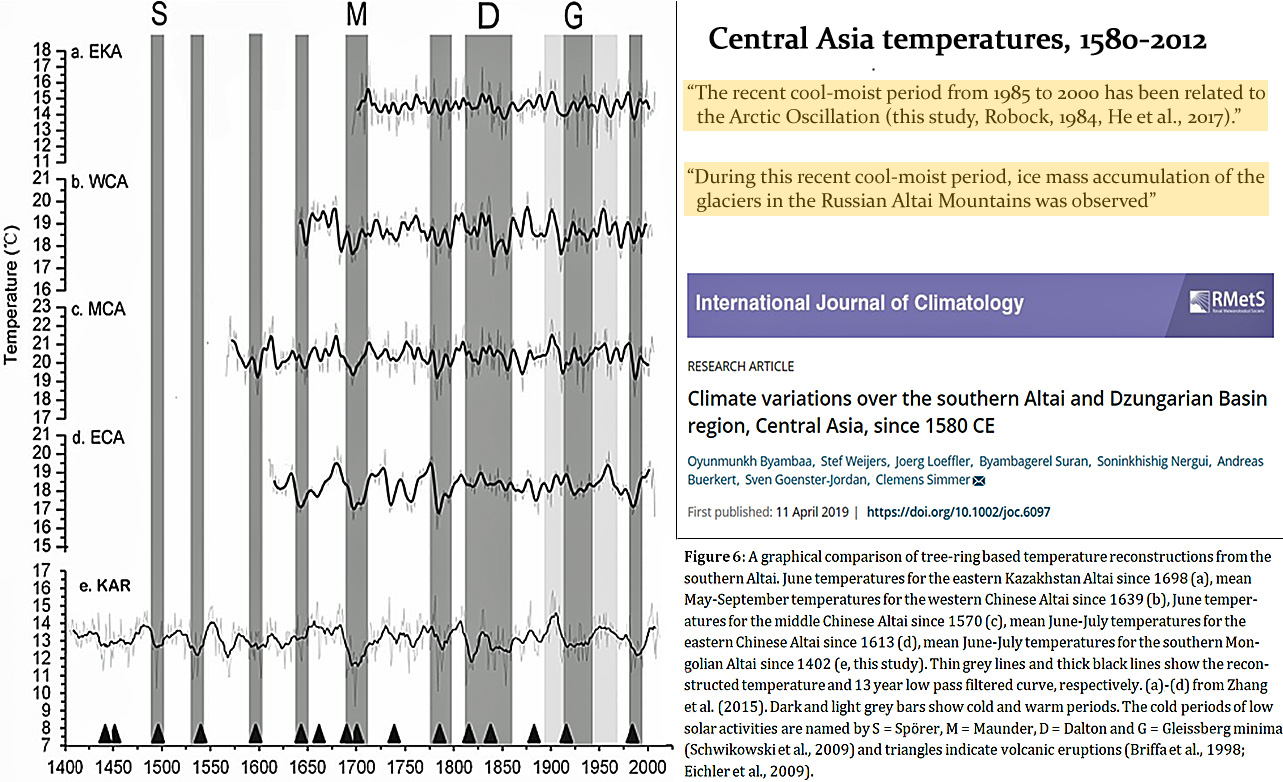 Twenty years later, yet another reconstruction (1580 to 2012 AD) indicates modern warmth in Central Asia is not unusual in the context of the last 432 years.

In fact, there was a recent cooling period, in line with natural variability, that was accompanied by regional glacier mass gains.

“[T]he recent cool-moist period from 1985 to 2000 has been related to the Arctic Oscillation (this study, Robock, 1984, He et al., 2017). The recent cooling could have been caused by volcanic aerosols of the El Chichón eruption (VEI5, 1982) in Southern Mexico, which impacted atmospheric wind patterns, including a positive phase of the Arctic Oscillation (Robock, 1984). No large volcanic-induced cooling was observed at this time due to the simultaneous warming ocean temperature caused by El-Niño (Robock, 2002). Also, the positive AO competing with ElNiño could reinforce the anomalous westerlies in the midlatitudes (He et al., 2017). During this recent cool-moist period, ice mass accumulation of the glaciers in the Russian Altai Mountains was observed and Narozhniy and Zemtsov (2011) connected this phenomenon to annual precipitation increased by 8% – 10% especially in winter and spring (April-May) as a result of a strengthening of the zonal circulation over the Altai Mountains.”

11 responses to “A New Temperature Reconstruction From Central Asia Shows 432 Years Of No Warming, Recent Cooling”