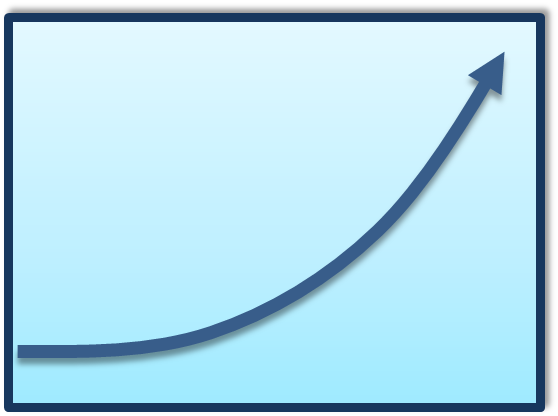 The demands for the phasing out of coal, fuel and natural gas are becoming ever more shrill in Germany. At first early this year it began with the bold proposal of the coal commission, half of which was occupied by green activists from the Federal Chancellery, calling on the phase-out of coal by 2038. Then came the demand by Green party leader Robert Habeck and his green friends for the phase-out of the internal combustion engine by 2030. And when it was very dry for four weeks in April, Annalena Baerbock declared a climate crisis and called for doubling the CO2 price and a strong regulatory law!

Now the Friday Children of Lummerland are demanding a CO2 tax of 180 euros per tonne this year, and that we reduce “greenhouse gas emissions to zero” by 2035, i.e. 100% renewable energies.

So far wind and sun cover only 2.5% of Germany’s primary energy needs

So it is worth taking a look at the study of the Academy project “Energy Systems of the Future” of the “Union of the German Academies of Sciences and Humanities” to see what’s ahead of us. All sectors, electricity, transport and heat are considered together. And look: 80% of the energy is produced by fossil fuels, 7.5% by nuclear energy and 13% by renewable energies. Once biomass (including biogas and biofuel) is subtracted from renewable energies, only 1.5% of primary energy is generated by wind power and 1% by photovoltaics (p. 10 of the study).

This is a long way from 100%. The study comes to the conclusion that if one wants to go the way of decarbonization, e.g. by 90% by 2050, then “around 1150 terawatt hours, almost twice as much electricity will be needed than today” will be needed (p. 10) because traffic and heat are also to be powered from electricity.

Since only photovoltaics and wind power are considered, the study concludes:

In this case, the installed capacity of wind power and photovoltaics would have to be increased sevenfold compared to today (with the same energy consumption).”

Today, we (Germany) have around 28,000 wind turbines with an installed capacity of 57,000 megawatts and 46,000 megawatts of photovoltaics. A sevenfold increase in the photovoltaic area would require covering almost all roof-facades and other residential areas possible in Germany. A sevenfold increase in the capacity of the wind turbines would change Germany even if the capacity of the individual turbines were doubled. Every 1.5 kilometres a 200-meter tall 3-5 MW turbine would have to be installed.

The study also hints at the abyss that we are approaching in this way.

The dominance of the fluctuating renewable energies requires high flexibility on the electricity generation side and on the consumption side.”

In other words, if nature does not provide enough wind and solar power, you have to do without electricity for a while. It is interesting to note that even in the beautiful new world of decentralized green energy generation, it still wouldn’t be possible to go without large centralized power stations. The study estimates that some 60 – 100,000 megawatts of large-scale power plants, which of course would run on biogas or synthetic methane or hydrogen, would help prevent short-term grid collapses. For comparison: today’s large power plant capacity is 90,000 MW.

The study’s claim that batteries could only be one solution for short-term storage is helpful. The prerequisite for long-term storage is the successful development of power-to-gas, that is converting wind power into hydrogen or even methane by electrolysis. This remains absurdly expensive today, but we can already do it. However, the authors warn that in days of a cold, dark lull (no sun and no wind in winter), there could be competition between power to heat (i.e. heat from wind power) and the demand for electricity when supply is scarce. That means one would have to choose between lighting and heating. The car would stop in any case.

The authors also correct the widespread misinterpretation of the car as a power storage device.

The buffer capacity of the electric fleet is in the range of a few hours.“

German households are to spend €4.6 trillion to avoid 800 million tonnes of CO2. This is the amount of CO2 that China emits additionally every year.

So that the parents of Fridays for Future understand the 4.6 trillion figure correctly: that’s 153 billion euros a year. With 40 million households in Germany, each household would pay 382 euros per month. And if it goes according to Greta and her followers, namely to reach 100% renewable energies in 15 years, then that would be 764 euros per month – if it does not first come to a collapse of Germany, which would be very likely. That’s 764 euros for a monthly average income in Germany of 1,890 euros. This means that the average household would fall below the defined poverty line.

What a beautiful new world.

Sun and wind to decide when we can move or heat

We (Germans) are not even able even cope with the converting the electricity supply (see the warning of the Federal Network Agency to build reserve power plant capacity of 10,000 megawatts – 10 nuclear power plants – in 2022). Now we are expanding the problem to heat and transportation. All three sectors, which were previously dominated by different energy sources (coal, natural gas, crude oil), are to be made dependent on a single one: electricity from wind and sun. Wind and sun are to decide when we can move our car, how much heat we can use in winter and when the light can be switched on. This is what is best called a sustainable short-circuit.

And why all this? Because of the climate crisis mentioned earlier, of course. And that’s why blogs like ours are necessary in order to make it clear to all decision-makers: Yes, we must leave the fossil era behind us by the end of this century. But we also have use this time, because the climate sensitivity of CO2 is much lower than the panic-makers and social system changers like to tell us.