There’s really not any real doubt about it.

Cities, with their millions of tonnes of steel, asphalt and concrete act as ideal heat-absorbing sinks which take a long time to cool down at night. Just drive on a hot summer night through the country side and into a city makes that very clear.

Yet global warming activist scientists don’t like talking about that because it distracts from their flakey CO2 warming claims.

Here’s the abstract of the study (emphasis added): 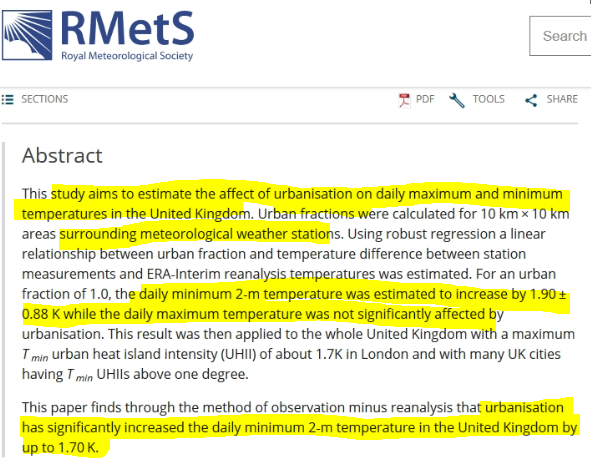 That alone accounts for a very large part of the 20th century warming. But the alarmists certainly don’t want to hear it.