Over the past few years, climate alarmists have increasingly been resorting to weather-ambulance chasing, which has necessitated the trotting of the globe in the search of weather anomalies to behold as proof of man-made climate change.

But one place they have been avoiding like the plague is Antarctica as a number of studies have been showing the opposite of what what predicted earlier has been happening down at the South Pole, except for volcanic activity beneath parts of the Antarctic ice shelf.

Today we look at 10 Antarctic station under operation in Antarctica, scattered along the Antarctic coastline and operated by various countries. These are not impacted by volcanic activity: 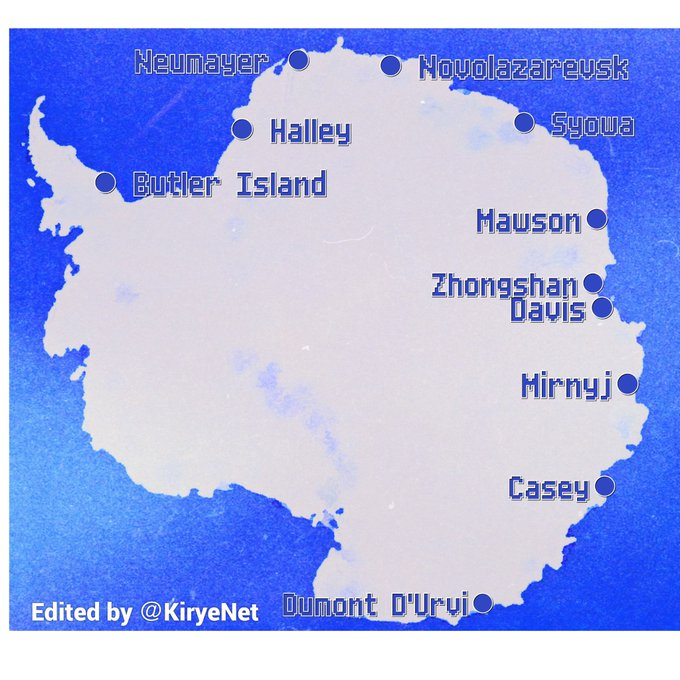 With the 2018 data in, now is a good time to look at the long-term temperature trends of these stations. We do know that Antarctic sea ice extent has seen an impressive upward trend over the past 40 years, and so tells us cooling may be at play: 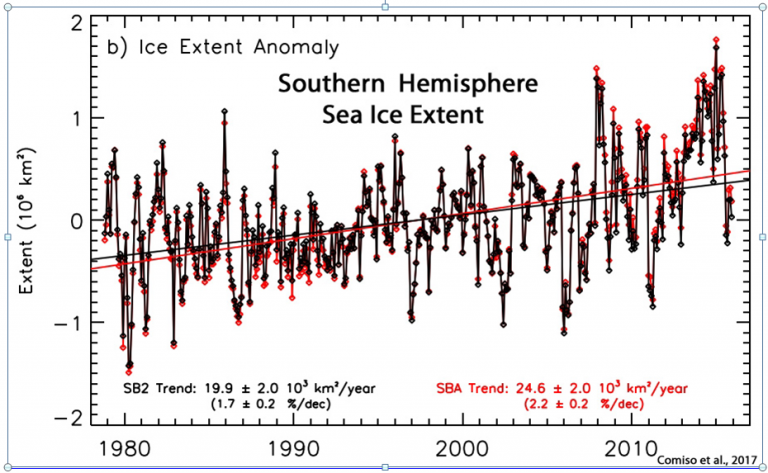 What follows are annual mean temperature charts of each of the 10 Antarctic stations unimpacted by volcanic activity.

Both show a clear downward trend: 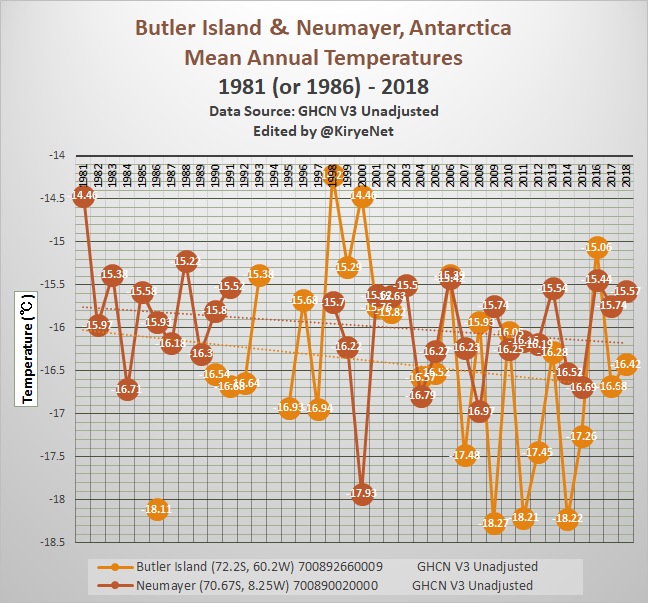 Halley as well shows a downward station since 1956: 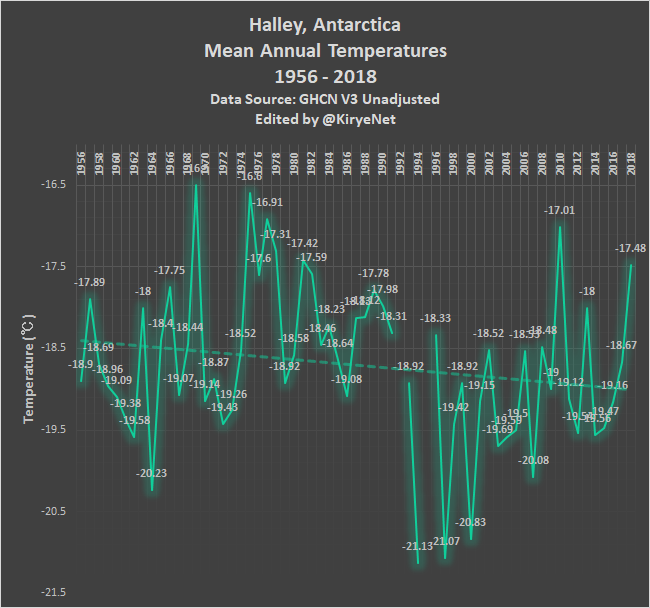 Data from the Japan operated Syowa station and the Australia Casey stations both show no trend since 1961. Here we see no signs of any warming: 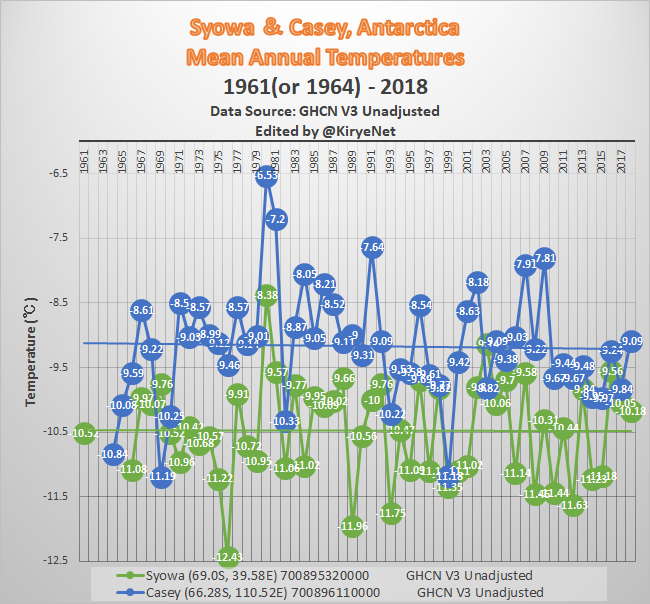 So far not a single station remote of volcanic activity has shown any warming.

The Davis station data go back 35 years and show a flat trend (very slight cooling in fact). No warming has been detected there since the great global warming scare began in the 1980s. So far 6 of the 6 stations plotted show no warming over the last several decades. 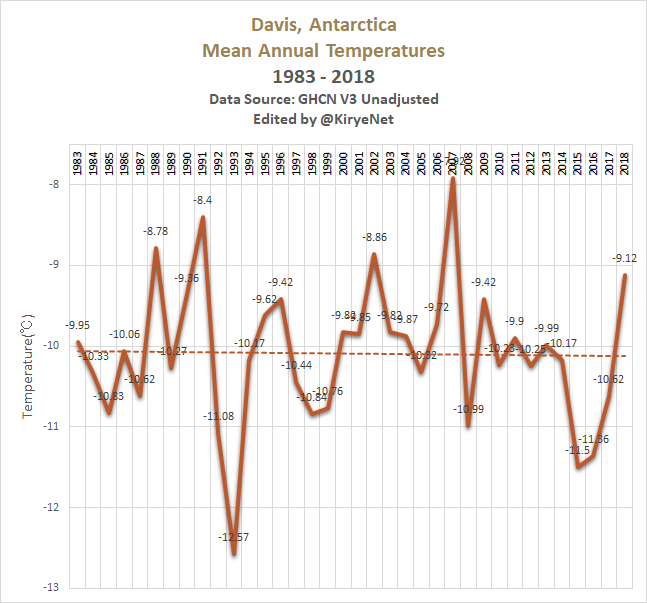 This Antarctic station shows a definite cooling trend over the past 30 years: 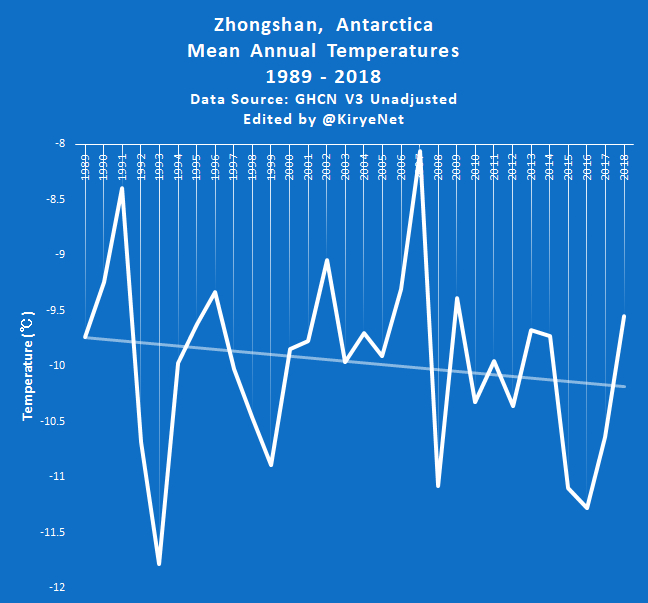 The Mirnyl station has been recording temperature data since 1967, i.e. more than half a century. It too is statistically flat, even showing a very slight cooling trend: 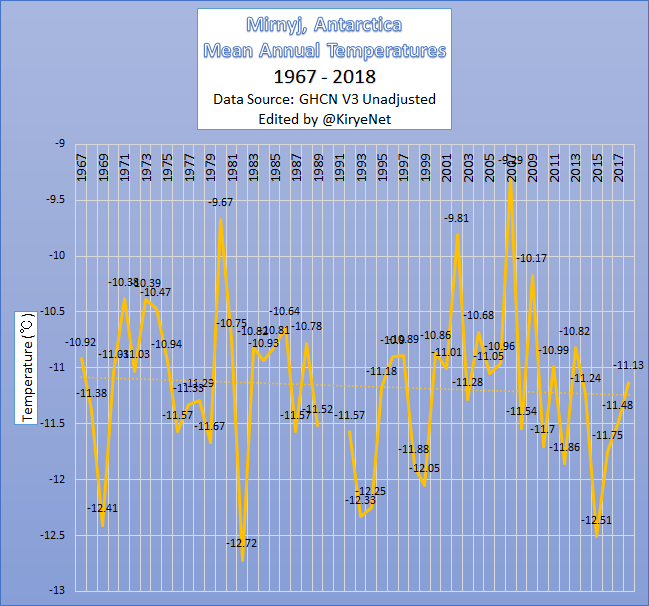 Both D’Urvi and Mawson Antarctic stations have recorded data going back to the 1950s. As the following chart tells us, there’s been no warming at these two long term stations as well. 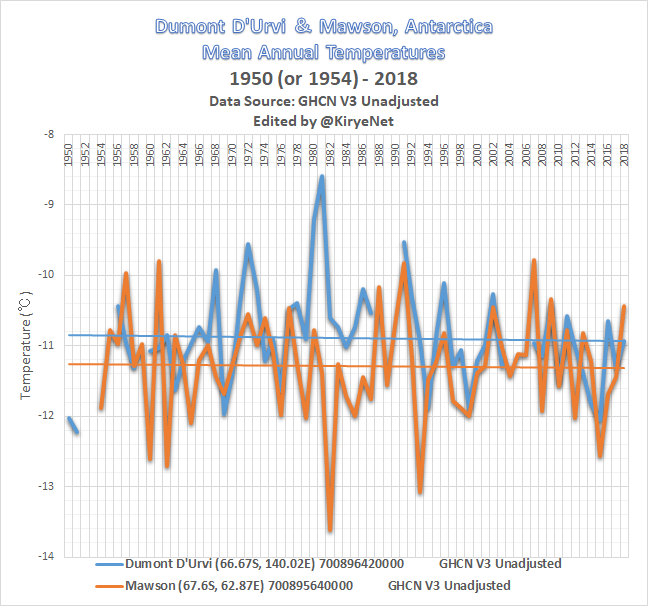 This station has not seen any warming in 40 years. Instead the trend has been cooling. 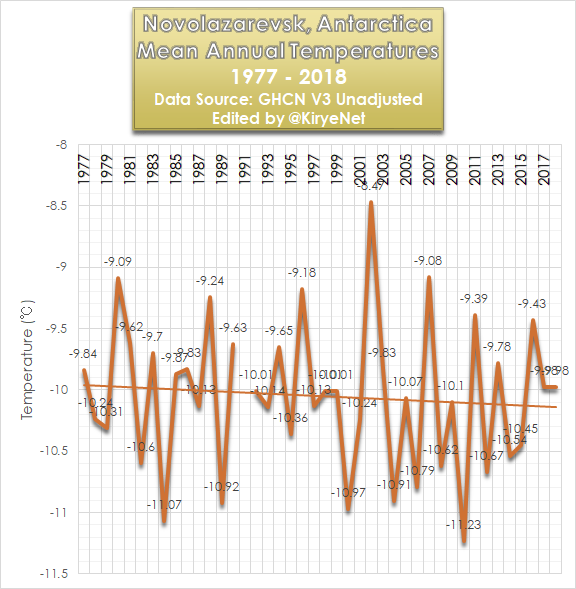 In summary, not single Antarctic coastal station shows warming, with most showing cooling. Now you know why the climate change ambulance chasers have been silent about this remote, vastly undisturbed continent.

Next we look at the annual temperatures of the 5 stations of the South Shetland Islands (located in the Antarctic Ocean). 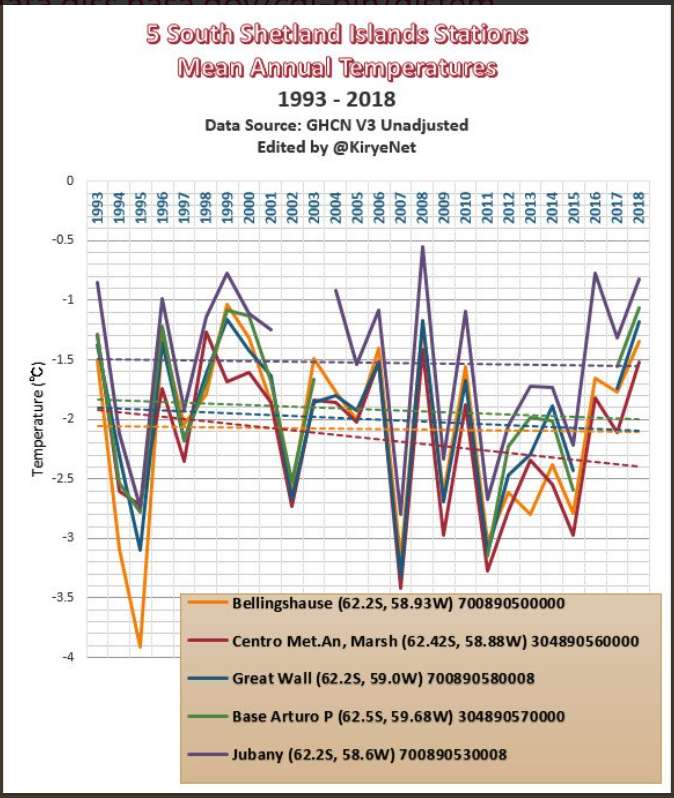 They too show no warming since 1993. Centro http://Met.An , Marsh has had no warming trend since 1977. Where’s the warming? There certainly isn’t any at the South Pole.

Finally a fresh comprehensive study by Zhous et al also tells us that summertime sea surface temperatures (SSTs) all around Antarctic coast have been COOLING. 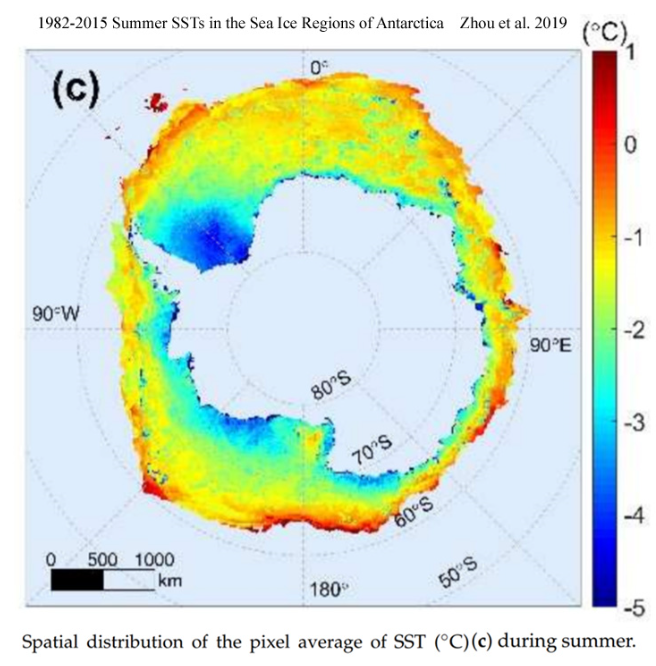 This is really inconvenient news for the global warming alarmists. Just when they predicted the South Pole would warm and start a dramatic melting, the opposite has in fact happened.

Grand failure as grounds for dismissal

It’s time to dismiss these alarmists as complete failures. They should be fired permanently, and never be allowed to practice science again. Their failed predictions have led the global community on a wild policy goose chase that has cost hundreds of billions of dollars and set back progress in the developing countries by many years.