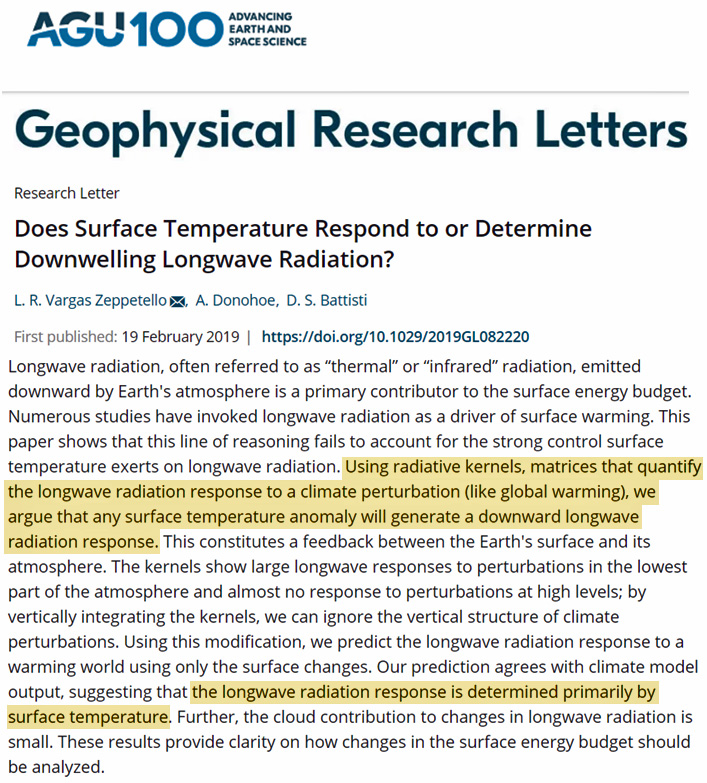 The anthropogenic global warming (AGW) hypothesis rides on the fundamental assumption that perturbations in the Earth’s energy budget – driven by changes in downwelling longwave radiation from CO2 at the top of the atmosphere (TOA) – are what cause climate change.

According to one of the most frequently referenced papers advancing the position that CO2 concentration changes (and downwelling longwave radiation perturbations) drive surface temperature changes, Feldman et al. (2015) concluded there was a modest 0.2 Wm-2 per decade forcing associated with a CO2 change of 22 ppm during 2000 to 2010.

Importantly, this contribution from CO2 accounts for just 10% of the overall trend in downwelling longwave radiation believed to cause global warming. 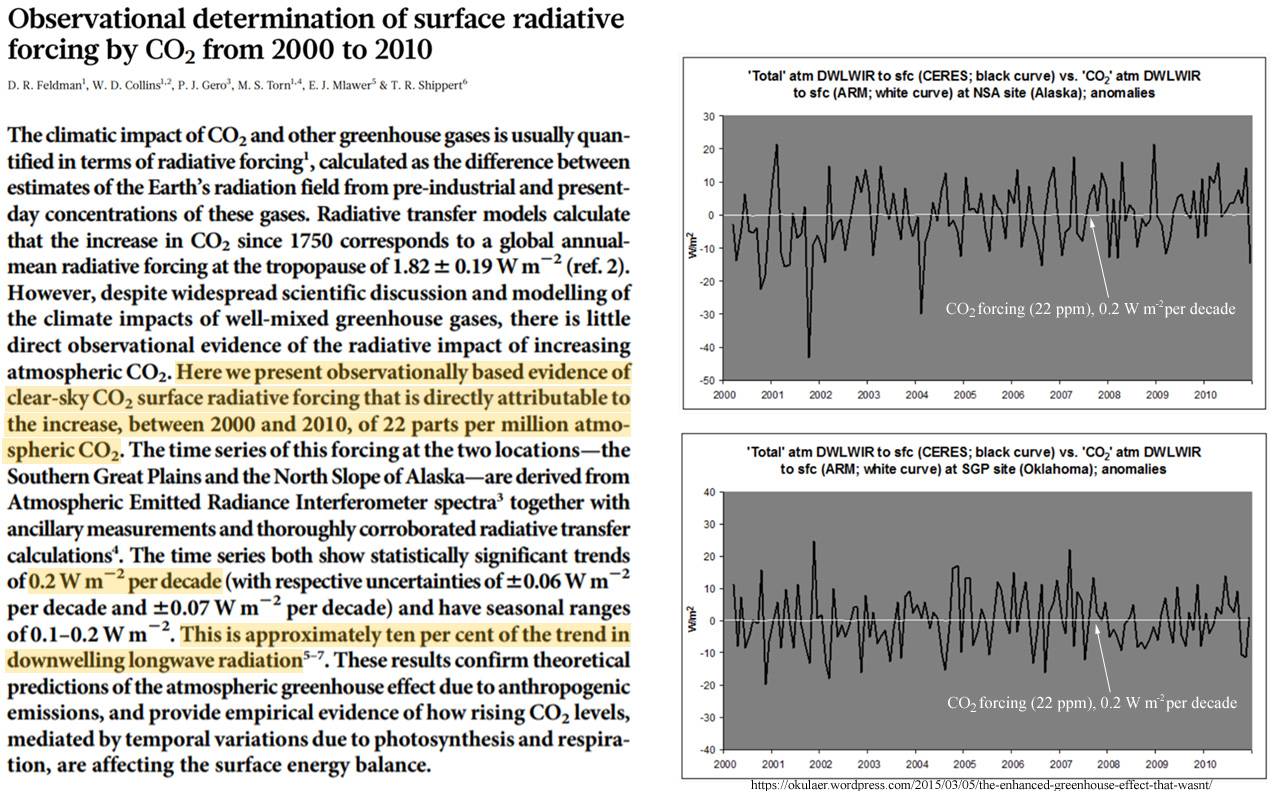 In a new paper, scientists Zeppetello and Battisti, 2019 have found the assumption that “downward longwave radiation” (DLR) forcing independently causes changes to the Earth’s energy budget – and thus drives surface temperature changes – has it exactly backwards. 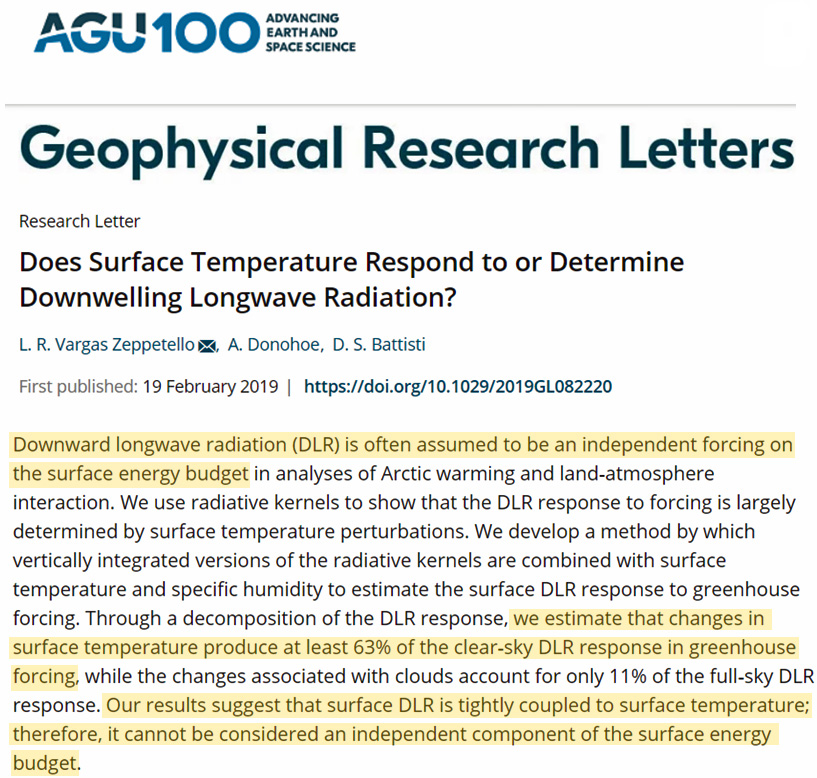 17 responses to “New Paper: Temperature Drives Downwelling Longwave Changes, Not The Other Way Around”