Austrian ZAMG national weather service here reports that the “glaciers have recovered” in the Alps due to a “snowy winter”. 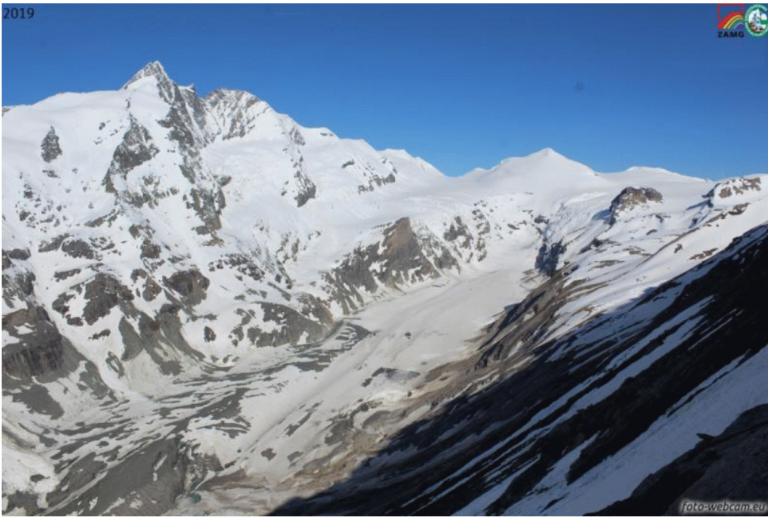 ZAMG confirmed that last winter, the glaciers in the Hohe Tauern have grown more strongly than they have for 20 years.

Austria’s ZAMG meteorological institute reminds, however, that the figures that really count are the ones that come in at the end of the summer.

Yet the strong growth over the winter comes as a surprise. The Hohe Tauern glaciers have grown “up to 25%” when compared to an average winter. The growth is equivalent to 2 more than meters of water.

To determine the mass increase last winter, the snow depth was measured using some 560 probes scattered on the glacier. Snow density and snow temperature were also measured at a further nine points.

The average snow depth at Goldbergkees was 440 centimetres and at Kleinfleißkees 400 centimetres.

After the measurements in April this year, the cool and humid May caused the snow cover in the high mountains to grow by another 100 to 150 centimetres. Occasionally there were even records. At the ZAMG weather station Rudolfshütte (Hohe Tauern, 2317 meters above sea level) a snow depth of 342 centimeters was measured on June 1, 2019. This is the highest snow height in June at this measuring station. The previous June record here was 310 centimetres, measured on June 4, 1980.

9 responses to “Austrian Weather Agency: “Glaciers Have Recovered” Due To A “Snowy Winter”…Record June Snow Depth!”