“Snow in July – this surprised everyone. We remember times when it fell in April or even in May, but not during summer vacation.”

According to Polish sources, there was fresh snow on the highest peaks of the Tatras and the temperature fell below zero (-0.2 degrees).

While Europe saw some record heat in June, temperatures have since fallen considerably, with many regions reporting well-below normal readings.

Elsewhere over the northern hemisphere June temperature trends show a decline over the past two decades or more. 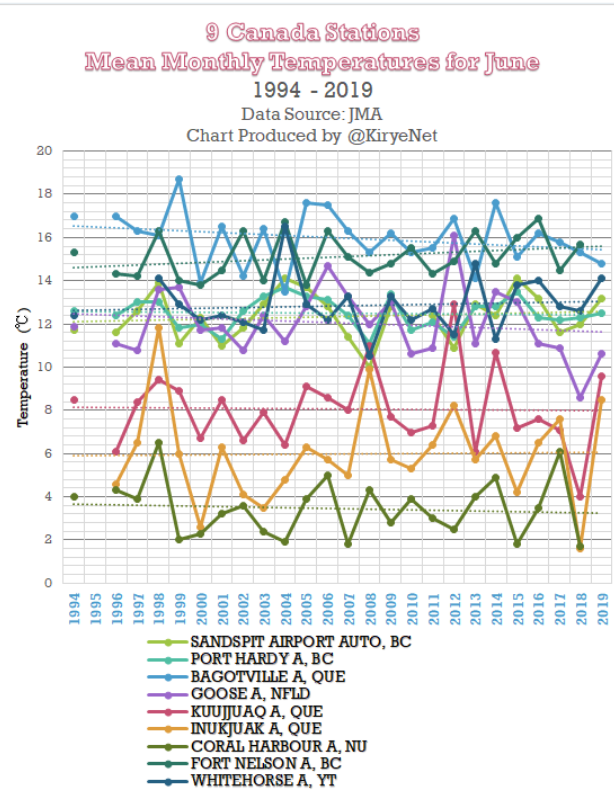 Two of three stations in Iceland also show no warming. This is hardly what one would expect to find when scrutinizing behind the alarmist headlines and claims coming from global warming media and activists. 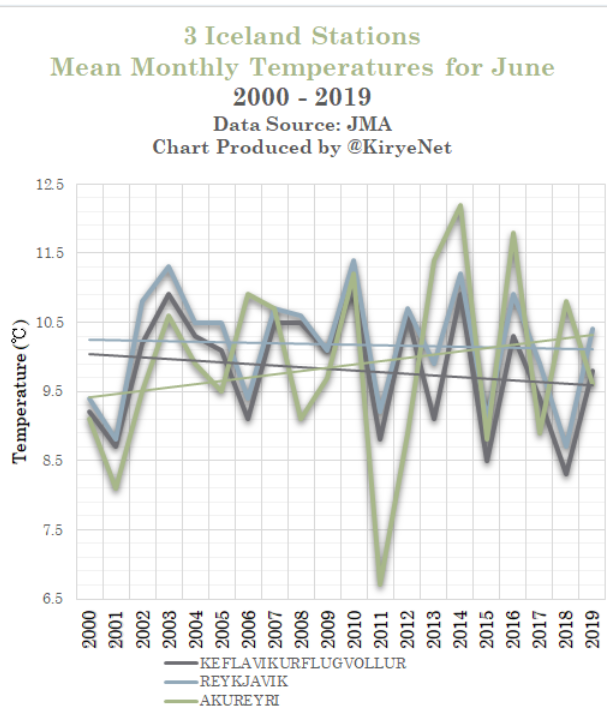 When it’s hot, the activists are so loud. But when cold offsets it all, then suddenly you can hear pins dropping.

As the saying goes regarding climate science: When it’s warm and stormy, it’s climate. But when it’s cool and calm, it’s just weather.