For the next several millennia sea levels rapidly rose and fell within a range 6 meters – between 4 meters above to -2 meters below present levels.

As recently as about 300 years ago mean sea level on India’s eastern shore was still about 1 meter higher than today. 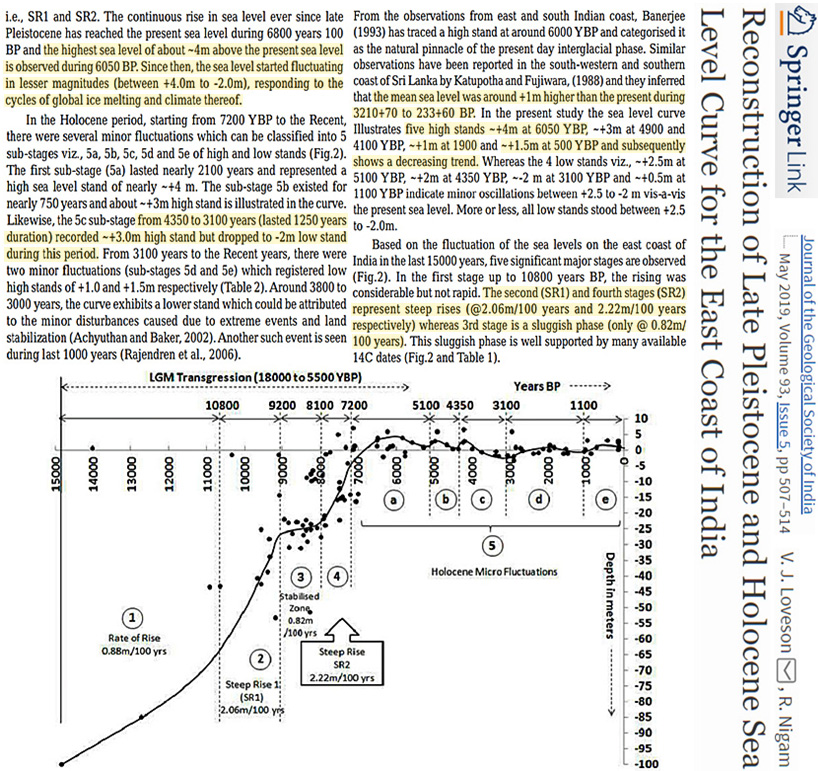 Evidence there were sea port towns along India’s west coast that are presently located much further inland suggest sea levels were 2-3 m higher prior to 2500 years ago.

At the time of the 43 AD Roman invasion of Britain, the ocean shoreline, or beach, was located 2 miles (3.22 kilometers) from today’s shore. 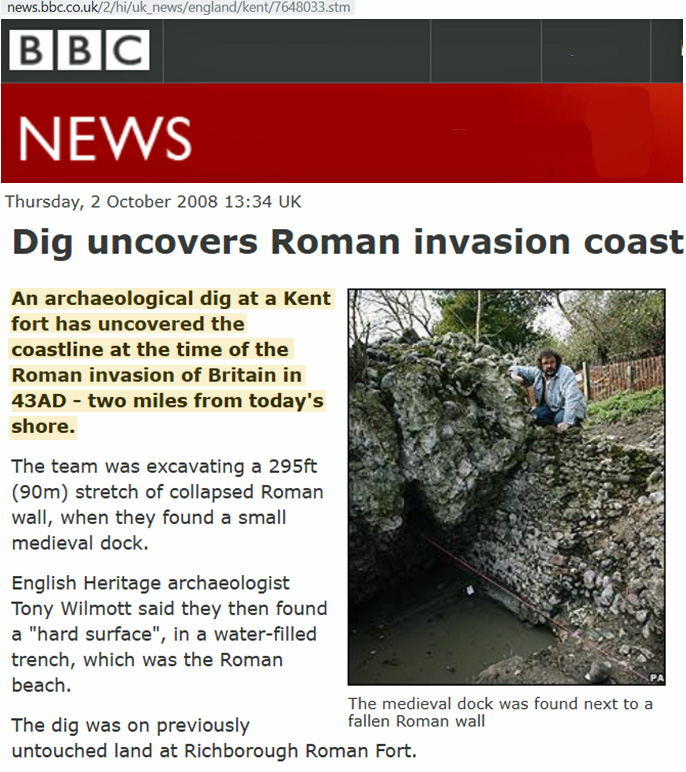 A new paper (Makwana et al., 2019) indicates there were sea port settlements that are today located “far inland” compared to where they were about 2500 years ago.

The scientists suggest sea levels may have been at least 2 meters higher than today at that time.

A visual example of how 2-meters-higher sea levels could have “submerged” the coast of western India is provided. 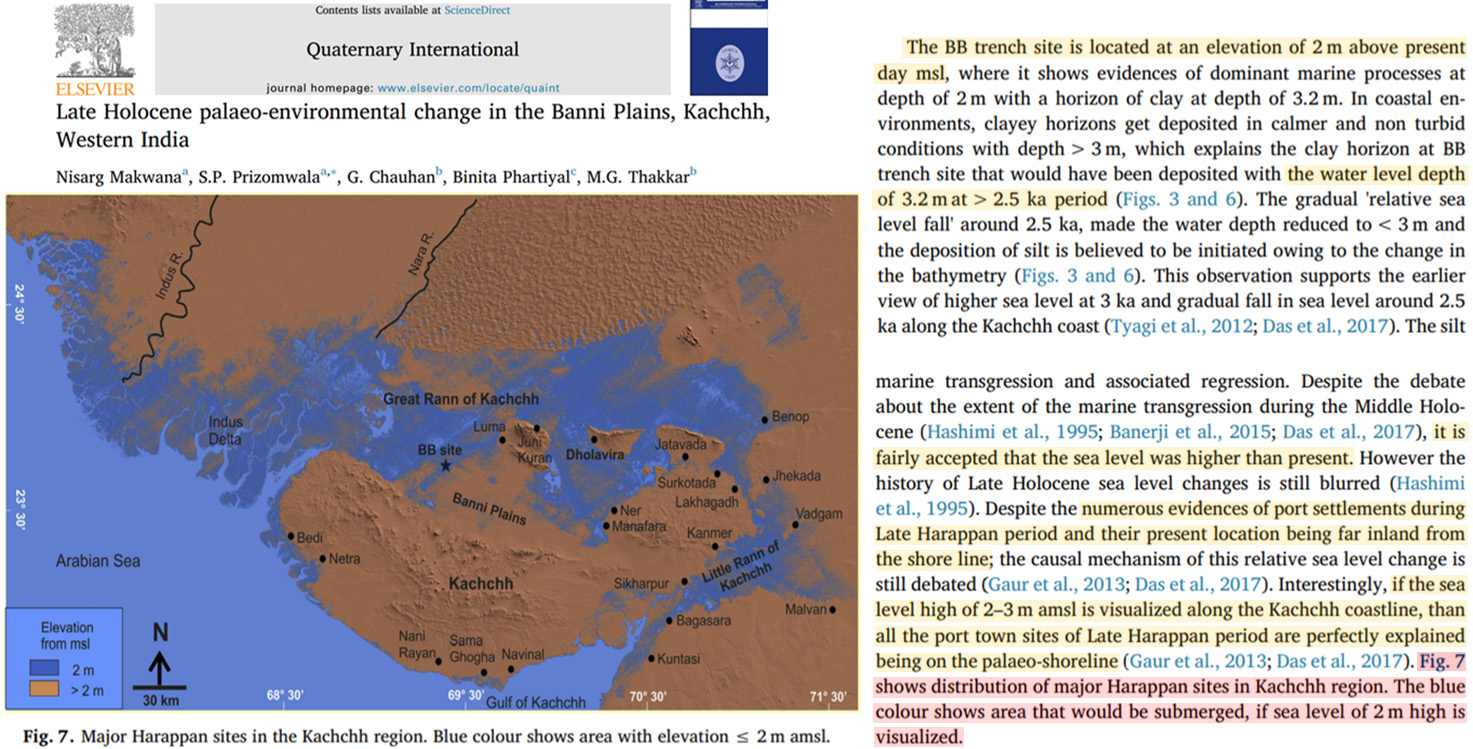