World may get another climate realist leader

As the working class struggles economically, signs of profound anti-establishment shifts are emerging in Japan, spurred on by a new political leader who is a climate and energy realist. 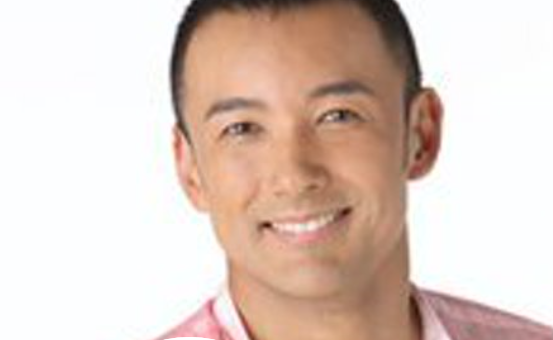 In the House of Councillors election held on July 21, 2019, I voted for the recently founded Reiwa Shinsengumi party led by Taro Yamamoto . Why? According to the Ministry of Health, Labour and Welfare (MHLW), 57.7% of families, 81％ of single mothers and 1 of 7 children feel impoverished. These are shockingly dismal social and economic indicators for one the richest countries on the planet.

Part of this is due to an increased tax burden that have made people unhappy and poorer while the super rich profit from tax cuts. Moreover, Japanese finance minister Tarō Asō suggested that Japan could even learn from constitutional changes made by the Nazi party! Japanese president Shinzo Abe spends time on the golf course.

In contrast Taro Yamamoto, leader of the newly minted Reiwa Shinsengumi party, helps out at soup kitchens and fights for Japan’s many forgotten citizens.

Today there’s finally a growing feeling among the Japanese citizenry that the country is in need of toppling establishment structures and bringing in a new president and political party who work for justice, life and on behalf of the poor.

In the recent Upper House election, Mr. Yamamoto hauled in 992,267 votes, and so was the candidate with the highest number of votes in history in proportional representation. Now the Reiwa Shinsengumi has gone from a political group to political party, and is becoming more famous as many Japanese media are reporting on the phenomenon.

When it comes to energy, party leader Yamamoto wants to use natural gas thermal power as a main energy supply, and to end the use of nuclear power (Japan is an earthquake country, so his ideas are valid).

On climate, I personally have never heard Mr. Yamamoto mention that CO2 is bad, despite so many Japanese people having been brainwashed by the media into believing we have to cut CO2 emissions. Many Japanese have never even heard of Climategate. Where does he stand on climate? 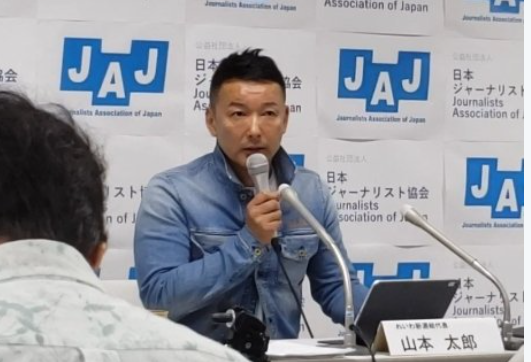 To find out, last Wednesday I took part in a press conference held by the Journalists Association of Japan and had the opportunity to tell Mr. Yamamoto the real story of how CO2 is not climate’s main driver (1:34:34 mark and 1:38:00). In summary I told him: Just this year alone, almost 200 new papers which do not support the anthropogenic global warming theory have been published so far. Last year the number of skeptic papers was 504. Moreover, NASA’s website shows only 166 stations have data that go back to 1880, and less than 1000 stations have the data from January, 1919.

I also told Mr. Yamamoto how distinguished Japanese climate scientist Dr. Mototaka Nakamura, who used to work for NASA, reminds us that only 5% of Earth’s surface has been adequately measured by thermometer over past 100 years and how the surface temperatures have been substantially affected by the urban heat island effect. Also how the real world’s temperature remains a far cry from the IPCC’s prediction.

He answered:  “In a sense it is wonderful if the fact spreads abroad and that it is controversial.”

Some people say that warming is not good, and are criticizing me because I aim breaking with nuclear power generation and I am pushing the generation of thermal power.”

This is a fresh perspective that has long been lacking in Japan, and so Mr. Yamamoto could act as a figure for changing public perception on the issues of climate and energy. Eventually the facts will win out because the sham cannot hide reality for long.

Some people believe that Mr. Yamamoto will be the next President of Japan, and I hope so. If it becomes reality, the world will be adding yet another climate realist to the growing roster of climate-realist leaders.