Northern Europe July Temperature Sees NO WARMING Over Past Decades. Global July Not A Record High!

Parts of Europe have seen a couple of brief but intense heat waves this summer, and so some of the public got brainwashed by the media into thinking the continent’s summer climate is rapidly getting hotter and that all this is the new normal.

Yet, when we examine the unaltered data from the Japan Meteorology Agency (JMA) for locations in northern Europe that have long-term datasets available, we see there has been no July warming trend over the past decades. Media reports suggesting otherwise are nonsense.

Looking at 6 stations in Ireland, we have the following for July: 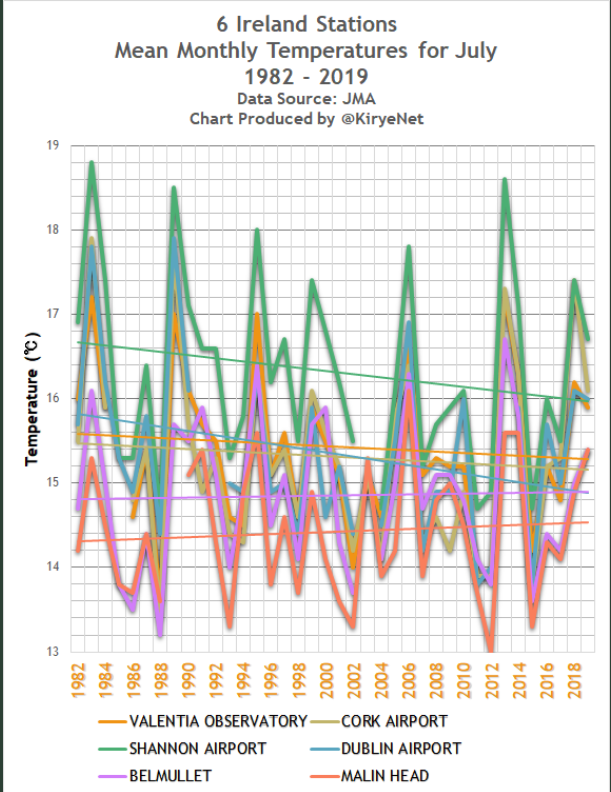 Overall, Ireland’s mean July temperatures have been cooling off modestly over the past 3 decades and more, even though three stations are located at airports.

In the Nordic country of Sweden, where we find a very high amount of climate alarmism, July tempweratures there have changed very little over the past 2 decades, according to data from the JMA: 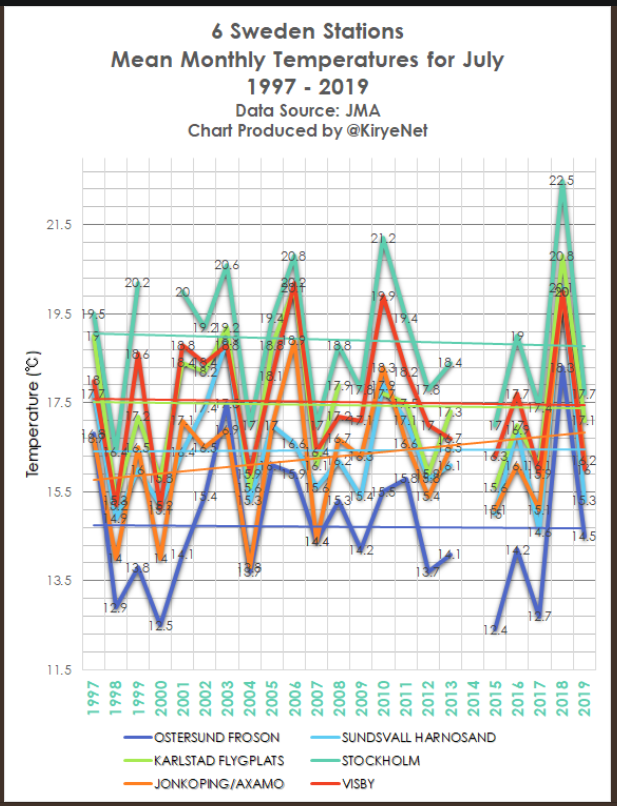 In neighboring Finland, we find the following trends: 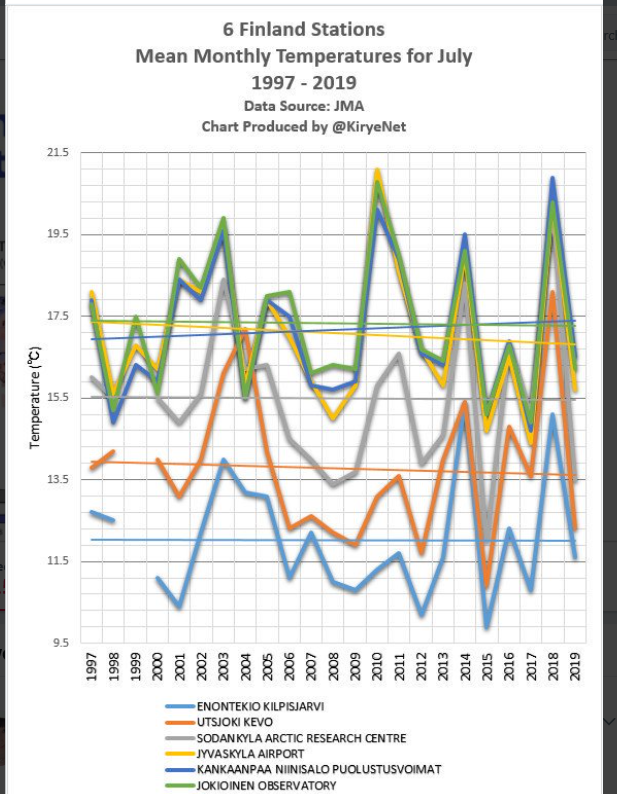 In Finland, 5 of 6 stations show no warming in July over the past two decades. Data source: JMA.

The chart that set off the media claims of a record hot July globally was one provided to the media by the NOAA: 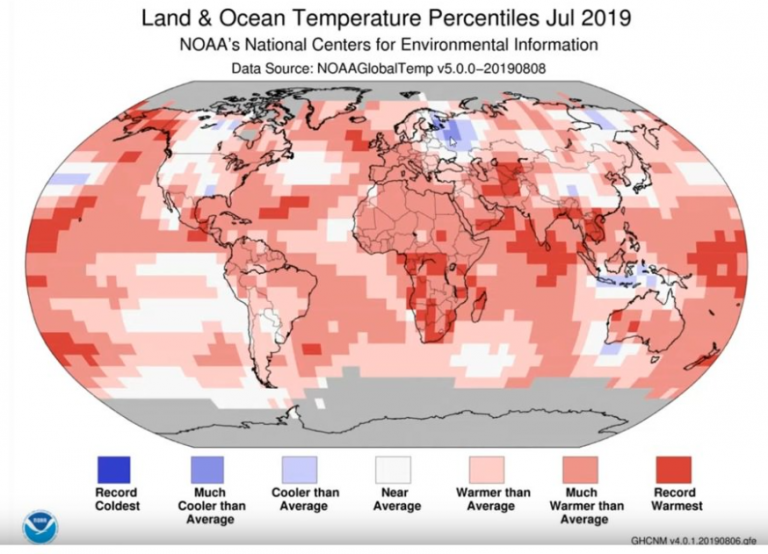 Note how the NOAA chart above shows records in areas where there were no thermometers to record earlier data. and infilled data are made up to show records.

Compare the above chart, which was issued to the public, to the one that results from surface thermometers across the globe below. Note the numerous, large gray areas which show no data are available. 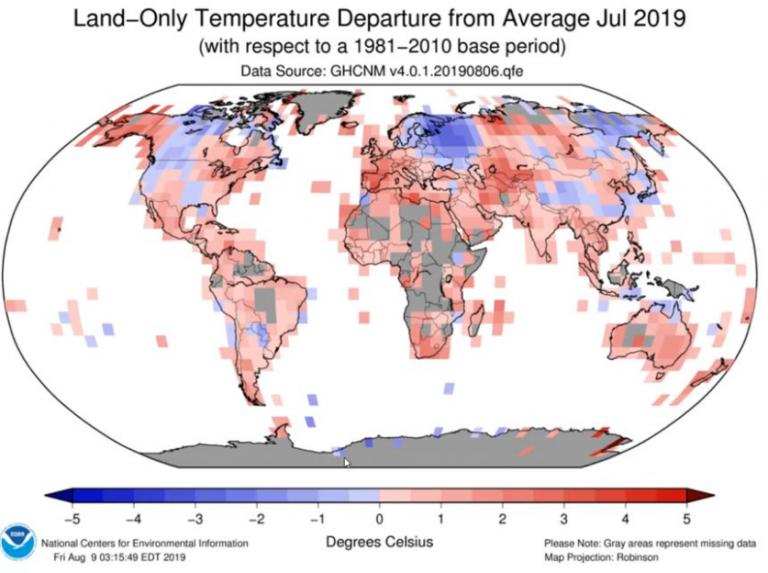 Many of these areas were simply filled in with fantasy data.

So what do the satellites, which have been measuring the the complete surface – without huge gaps – since 1979, tell us about July? No doubt the month was a hot one, but Dr. Roy Spencer here tells us it was probably only the 4th warmest July.

According to Dr. Spencer, the NOAA “record” results “come from a fairly limited and error-prone array of thermometers which were never intended to measure global temperature trends.”

He says their accuracy is hampered by problems such as urbanization, poor ocean temperature measurement methodology and that “both land and ocean temperatures are notoriously incomplete geographically.”

To show how greatly temperature measurement can vary, Spencer presents a Reanalysis chart for July:

13 responses to “Northern Europe July Temperature Sees NO WARMING Over Past Decades. Global July Not A Record High!”