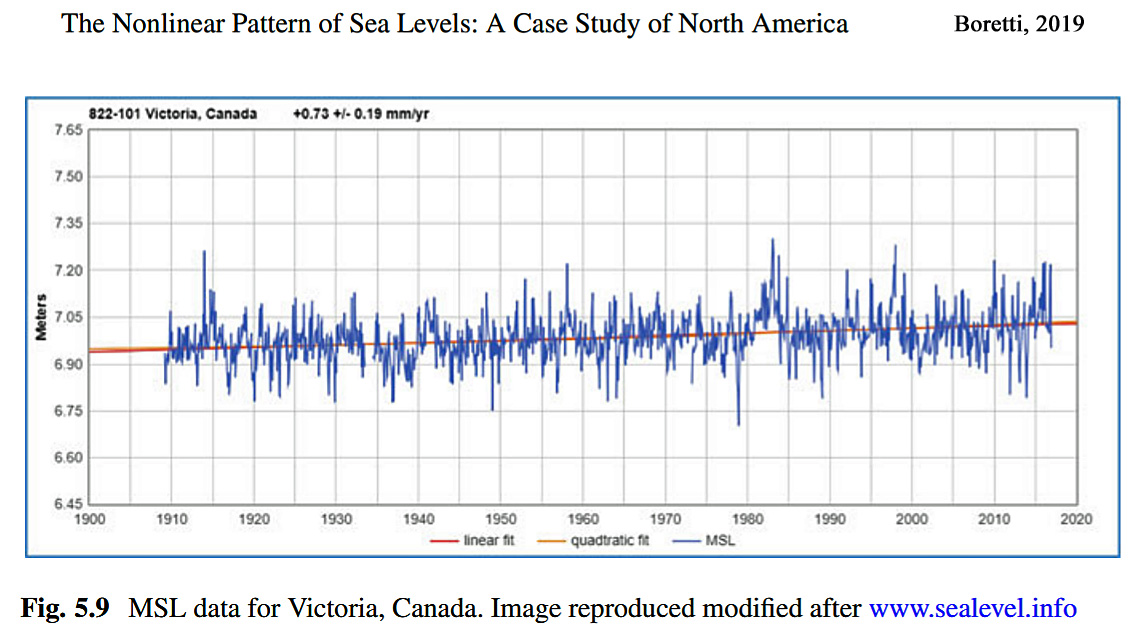 A few months ago, Gan et al. (2019) reported that the North American continent as a whole (180-0°, 15-60°N) “is one of the major cooling centers” in the Northern Hemisphere, with temperatures dropping after 1998 and no signficant net change since the early 1980s apparent.

The contiguous United States has even undergone an overall cooling or non-warming trend – especially on the Eastern half – since 1900 (Partridge et al., 2018). 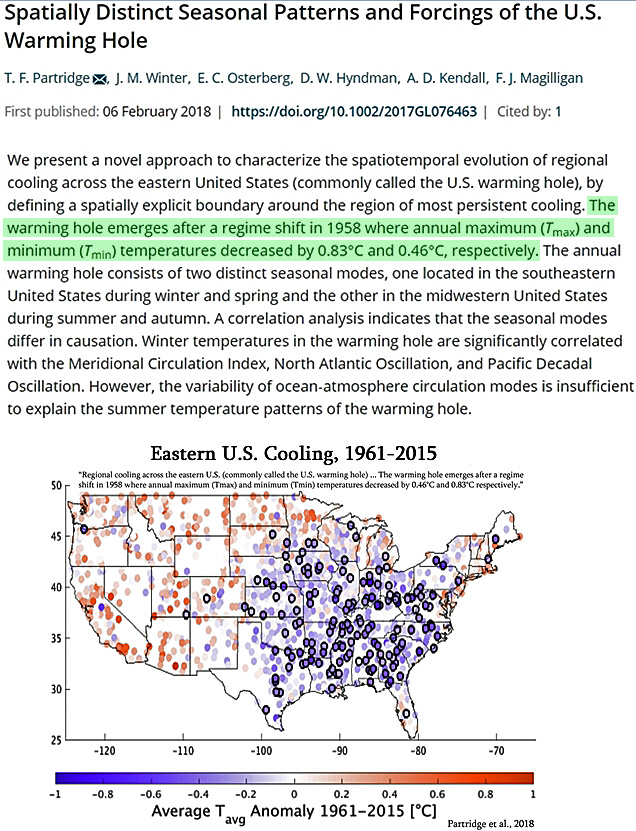 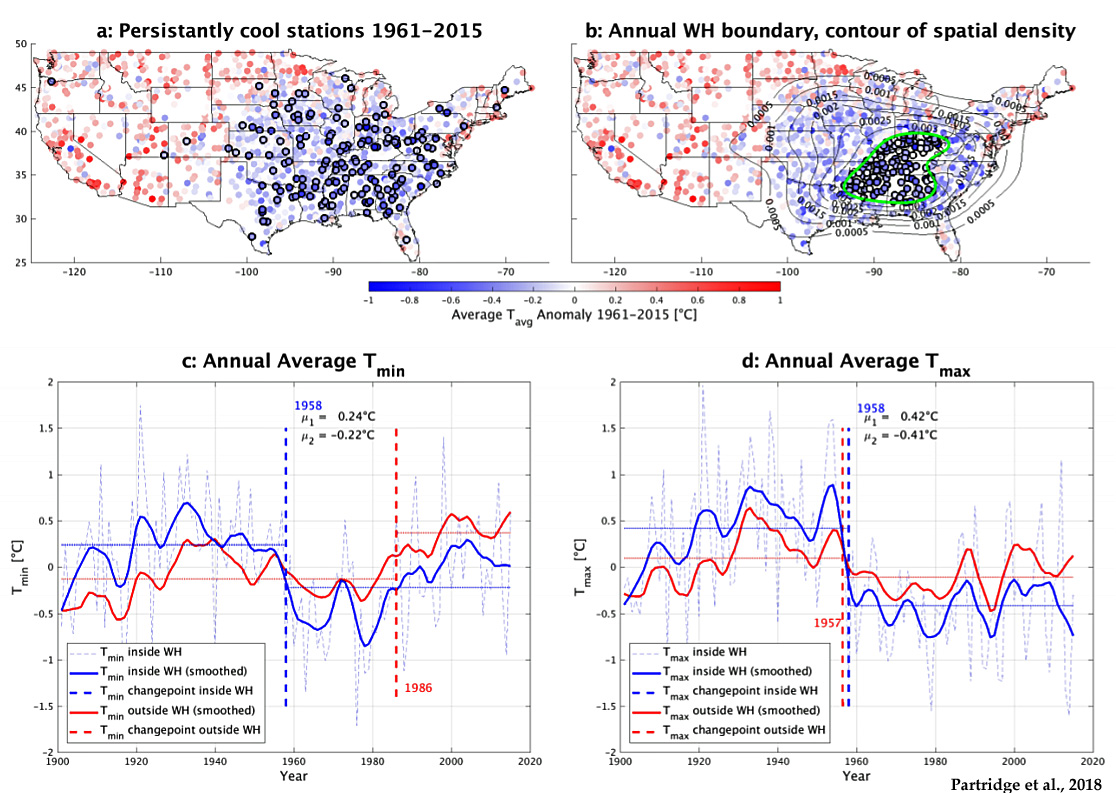 U.S. East Coast has been expanding, not shrinking, since 1960

A few months ago Armstrong and Lazarus (2019) indicated “trends in recent rates of shoreline change along the U.S. Atlantic Coast reflect an especially puzzling increase in accretion, not erosion.” 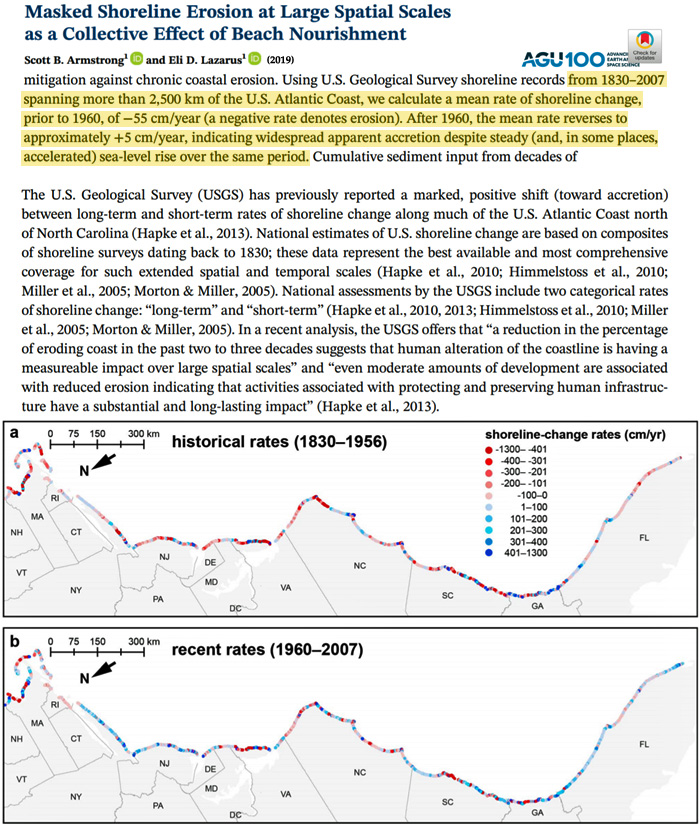 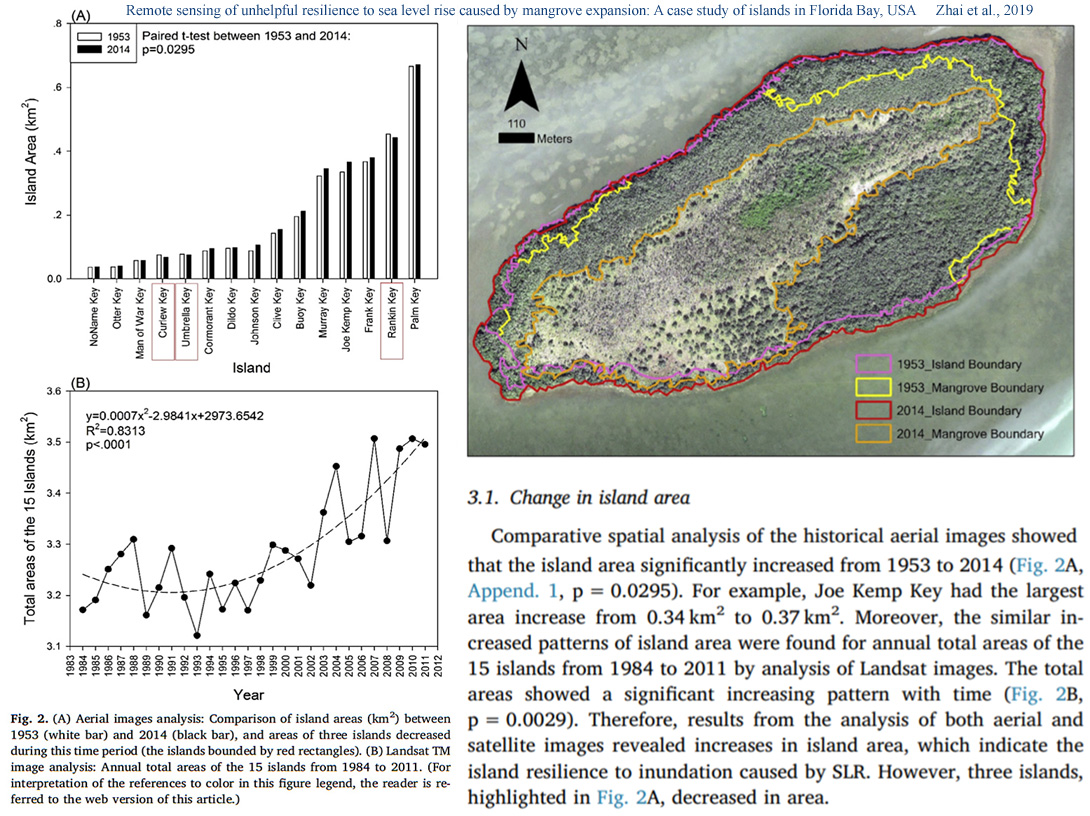 A new paper (Boretti, 2019) utilizes 90+ years of continuous tide gauge data from the Permanent Service for Mean Sea Level (PSMSL) to record the sea level trends from the West Coast (20) and East Coast (33) of North America. 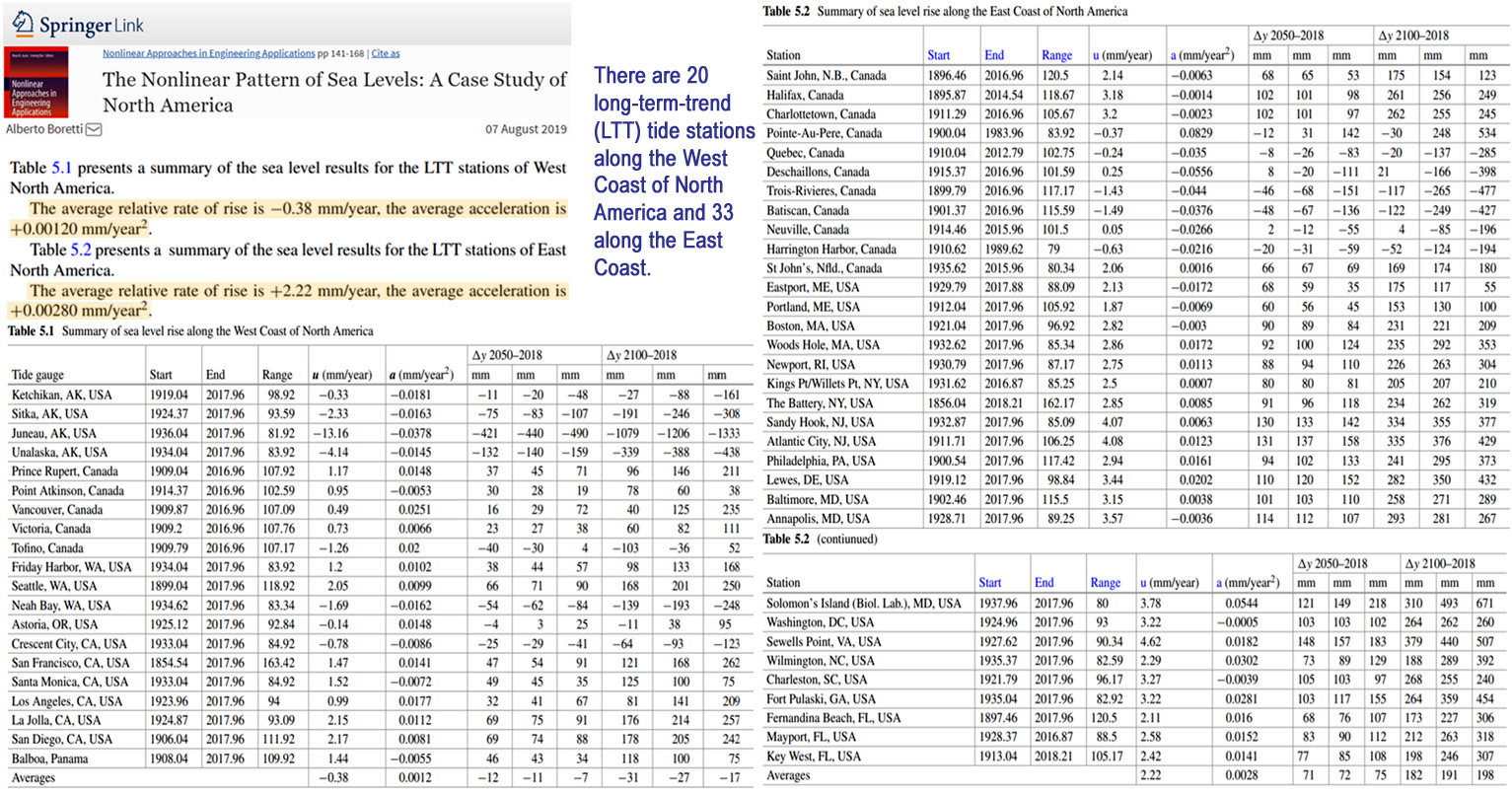 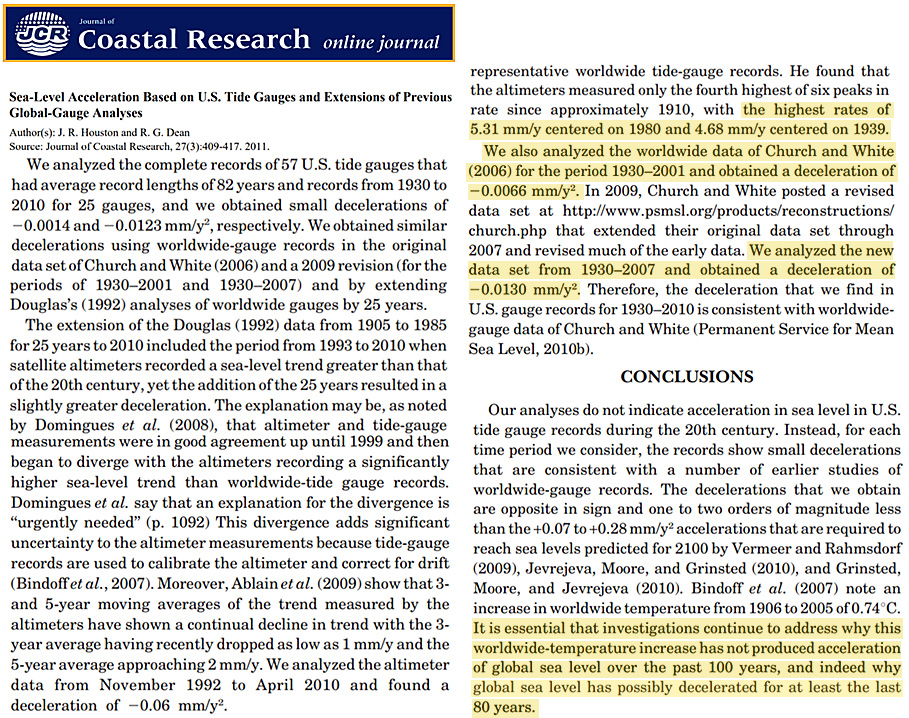 These modest trends would not appear to support the conention that modern sea level changes in this region are rising at alarming rates.