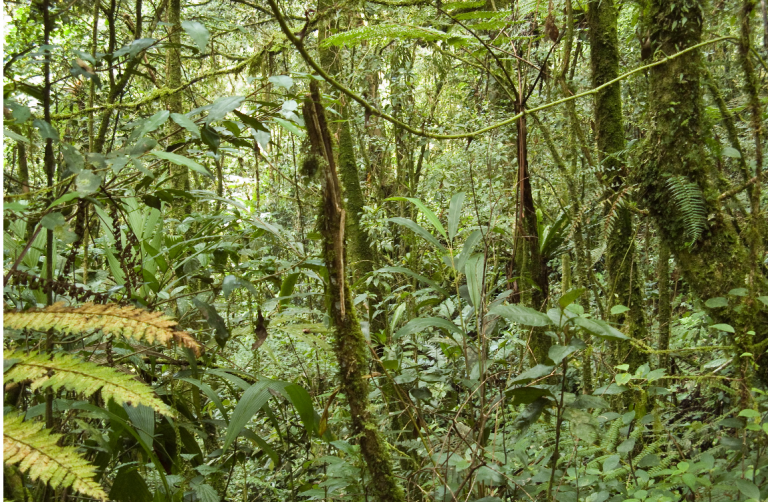 There’s been a lot of hype and hysteria surrounding the claims that the recent, modest global warming supposedly will have dire impacts on species diversity and survival.

But the wild claims fly in the face of what the earth’s history shows us: Biodiversity and species thrived in warm periods, and struggled during the cooler ones.

Now scientific results published in two recent papers suggest this yet again. What follows are the abstracts from the 2 papers along with links to them:

To constrain the redox conditions and related nitrogen cycles during the Middle Permian (Guadalupian) to latest Late Permian (Lopingian) deep mid-Panthalassa, we determined the abundances of major, trace, and rare earth elements along with the carbon and nitrogen isotope ratios in shales interbedded with deep-sea cherts that are well-exposed at the Gujo-Hachiman section in the Mino-Tanba belt, SW Japan. … However, unlike the oxic and nitrate-rich deep-Panthalassa, we speculate that oxygen-depleted (i.e., anoxic/euxinic) and bioavailable nitrogen-poor conditions developed in the deep Tethys immediately before the Guadalupian-Lopingian boundary (G-LB). These environmental stresses were potentially driven by a global cooling episode (Kamura event) together with the unique paleogeography, i.e., no contact with polar ice caps in the Tethyan Ocean. Upwelling of the anoxic watermass accumulated in the deep Tethys during the global cooling episode likely triggered oceanic anoxia in the shallow-marine regions around the G-LB [Guadalupian-Lopingian boundary, Mid- to Late Permian], which eventually resulted in the G-LB mass extinction. … In the latest Guadalupian (Capitanian), the appearance of the global cooling episode was proposed based on various lines of evidence; e.g., the lowest sea-level during the Phanerozoic (Haq and Schutter, 2008), the preferential extinction of tropically adapted fauna (Isozaki and Aljinović, 2009), the migration of mid-latitude fauna toward tropical domains (Shen and Shi, 2002), and the occurrences of mid-latitude tillites (Fujimoto et al., 2012) and alpine glacial deposits in high altitudes (Fielding et al., 2008). The high δ13Ccarb values during this period were also interpreted to indicate high primary productivity and leading to an effective burial of organic matter promoted by the global cooling episode (Kamura event; Isozaki et al., 2007a, 2007b, 2011). The global cooling episode potentially affected biological activity in the shallowmarine domains; i.e., the low eustatic levels invoked delivery of fluvial organic matter to shelf because of the increased land area, which likely resulted in increase of organic matter, expansion of the oxygen minimum zone (OMZ), and enhanced denitrification in the water column.”

Mercury Spikes Indicate a Volcanic Trigger for the Late Ordovician Mass Extinction Event … We conclude that our Hg and Hg/TOC values were associated with volcanic pulses which triggered the massive environmental changes resulting in the Late Ordovician mass extinction. … Mercury enrichments have also been described for the middle and latest Permian extinctions. Sanei et al.’s study of the latest Permian mercury enrichment in the Canadian High Arctic, attributed this to emissions from the Siberian Traps [flood volcanism] with deleterious environmental consequences. … [T]he Hg enrichment in the Katian geochemical record (the ornatus anomaly) is interpreted as a volcanic event that triggered severe cooling. It has been suggested that the upper pacificus anomaly is connected with a volcanic eruption which triggered an albedo catastrophe and the rapid expansion of ice sheets.”