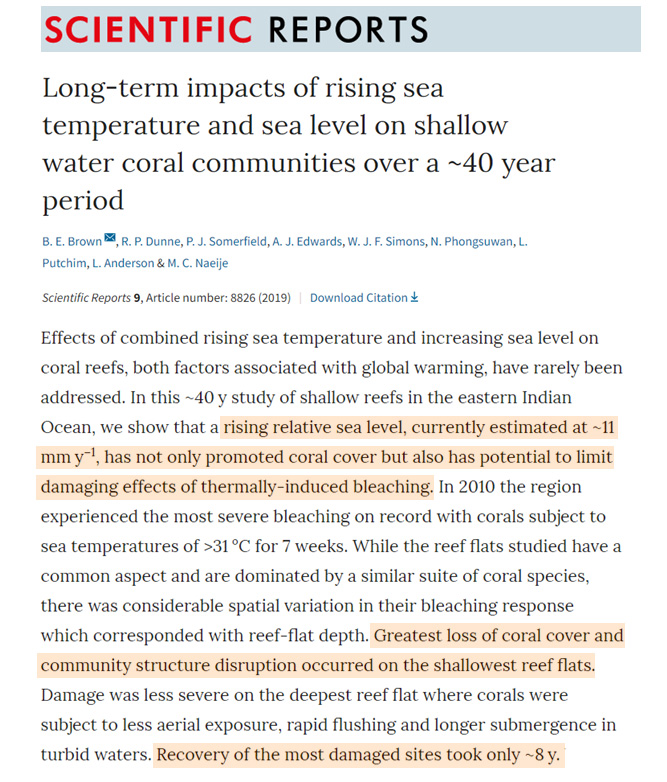 This new paper  is an expansion of the research conducted by the same lead author in 2011 (Brown et al.). Brown and colleagues concluded a growth in coral cover is positively correlated with rising sea levels. The authors further suggest “the overall picture for these shallow coral reefs is a positive one” due to rising sea levels and rapid recovery rates. 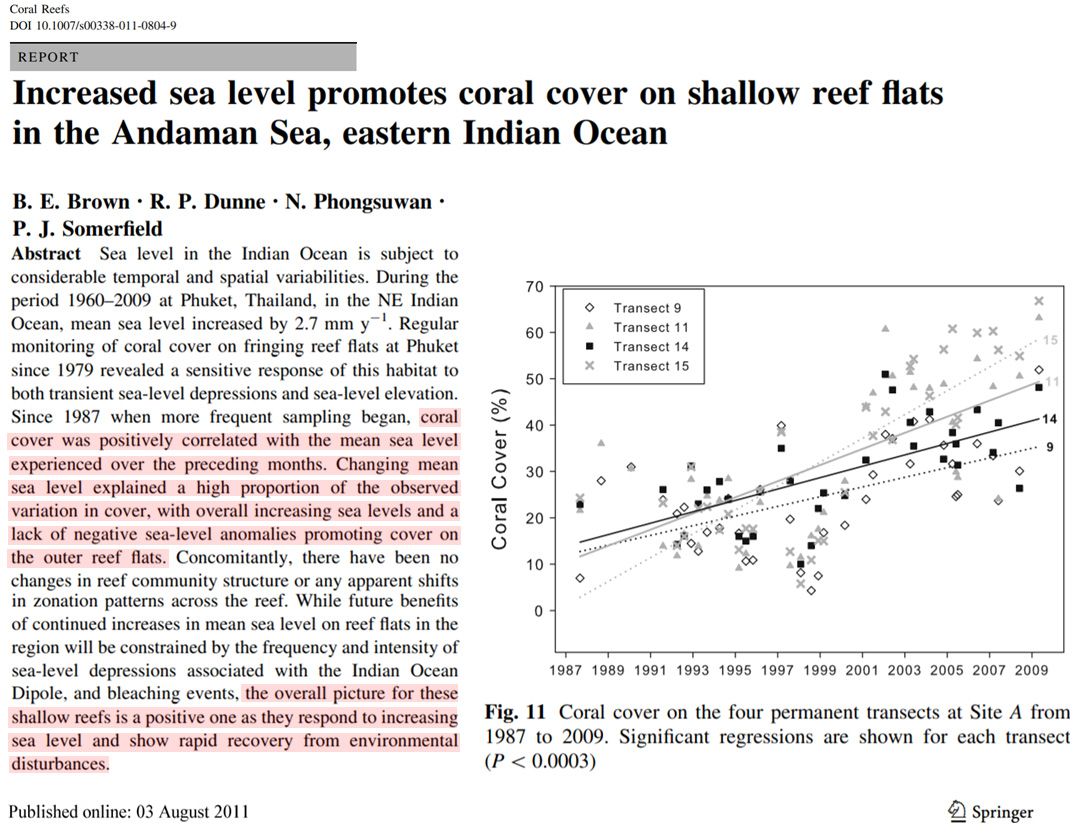 Another new study (Zinke et al., 2019) indicates there is no correlation between coral growth rates (calcification, skeletal density) and long-term (since 1910) changes in sea surface temperatures. In other words, a regional warming trend in the tropical Atlantic has not been associated with a decline in coral cover. 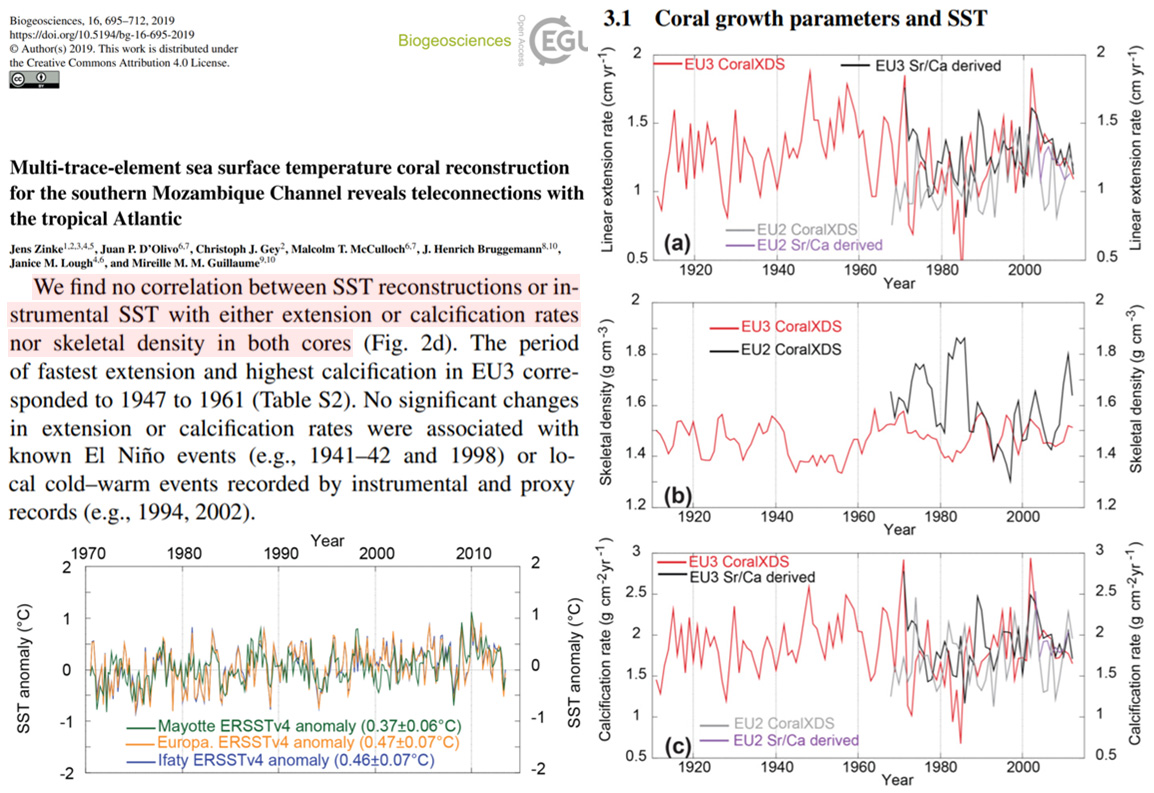