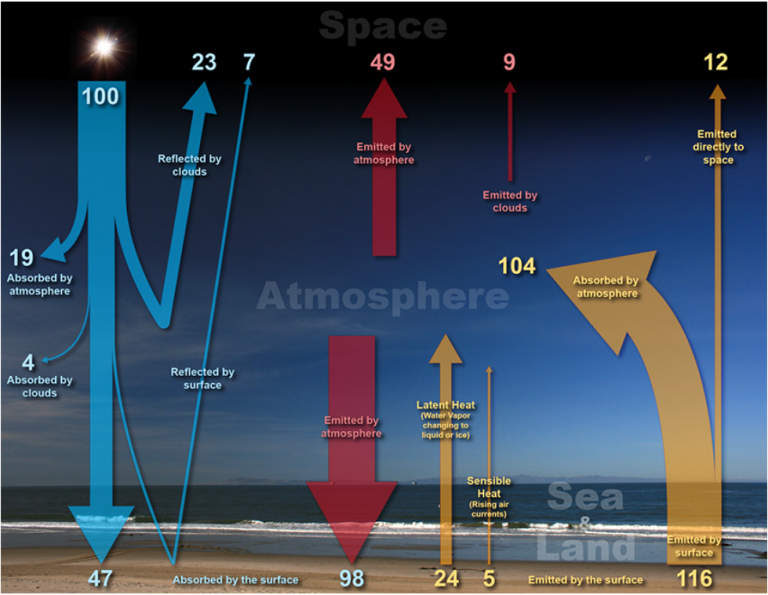 German climate scientist Dr. Sebastian Lüning comments on climate models at the Die kalte Sonne website. Dr Lüning cites a recently published paper by Prather and Hsu, who claim that the models assume the earth to be flat, and thus result in major inaccuracies in their results.

In climate models, the Earth continues to be flat

Did you know that all climate models assume a flat earth? Hard to believe, but unfortunately true. A study by Michael Prather and Juno Hsu in PNAS explains that this simplification causes powerful distortions in computer simulations.:

A round Earth for climate models

Sunlight drives the Earth’s weather, climate, chemistry, and biosphere. Recent efforts to improve solar heating codes in climate models focused on more accurate treatment of the absorption spectrum or fractional clouds. A mostly forgotten assumption in climate models is that of a flat Earth atmosphere. Spherical atmospheres intercept 2.5 W⋅m−2 more sunlight and heat the climate by an additional 1.5 W⋅m−2 globally. Such a systematic shift, being comparable to the radiative forcing change from preindustrial to present, is likely to produce a discernible climate shift that would alter a model’s skill in simulating current climate. Regional heating errors, particularly at high latitudes, are several times larger. Unlike flat atmospheres, constituents in a spherical atmosphere, such as clouds and aerosols, alter the total amount of energy received by the Earth. To calculate the net cooling of aerosols in a spherical framework, one must count the increases in both incident and reflected sunlight, thus reducing the aerosol effect by 10 to 14% relative to using just the increase in reflected. Simple fixes to the current flat Earth climate models can correct much of this oversight, although some inconsistencies will remain.

Early climate and weather models, constrained by computing resources, made numerical approximations on modeling the real world. One process, the radiative transfer of sunlight through the atmosphere, has always been a costly component. As computational ability expanded, these models added resolution, processes, and numerical methods to reduce errors and become the Earth system models that we use today. While many of the original approximations have since been improved, one—that the Earth’s surface and atmosphere are locally flat—remains in current models. Correcting from flat to spherical atmospheres leads to regionally differential solar heating at rates comparable to the climate forcing by greenhouse gases and aerosols. In addition, spherical atmospheres change how we evaluate the aerosol direct radiative forcing.

The authors stress that the resulting errors are in the order of magnitude of the greenhouse gas forcing. Thus the solar irradiation and the aerosol forcing are falsified.

So in the future, when someone insults annoying climate critics again as “flat-world supporters”, the answer is basically clear: The real “flat earthers” are climate modelers who still simulate flat worlds due to their limited computer computing power, and who have not yet been able to simulate the real world…