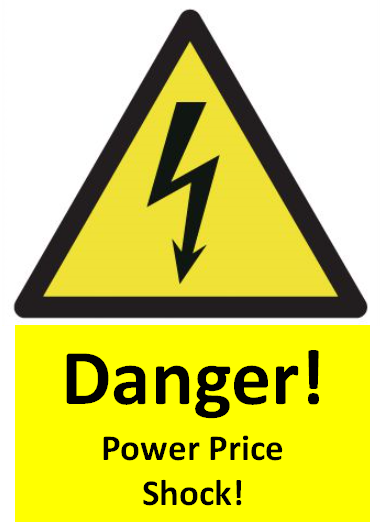 German online national daily Die Welt here reports on how electricity prices in the country have reached “a new high” and that natural gas prices are high as well.

The German national news daily writes: “Electricity has never been as expensive for private households in Germany as it is this year.”

For the first time, electricity prices for consumers reached 30 cents (euro) per kilowatt-hour, making German electric prices among the highest in the world.

According to Die Welt: “The Federal Network Agency evaluates the data of well over 1000 electricity suppliers.”

Why is electricity so expensive in Germany?

And an end in the rising price spiral remains elusive, experts warn.

“Wholesale prices for electricity could continue to rise,” Die Welt reports. Large power producers such as RWE, warn that future plant closures due to the transition to green energies and the phasing out of the country’s nuclear power plants will “lead to a shortage”.

Die Welt ends its article: “The largest block on the electricity bill, however, are taxes, levies and allocations, which account for more than half of the total price.” One major price driver are the mandatory, exorbitantly high green energy feed-in tariffs that grid operators are forced to pay.