In two new papers (Chen et al., 2019, Gao et al., 2019), scientists identify an expansive greening trend for nearly 3/4ths of the globe’s land area as well as a 12.4% carbon sink increase, a 39% crop yield increase, and a 95% crop production increase since the early 1980s. The scientists attribute these trends to climate warming and rising CO2 concentrations. 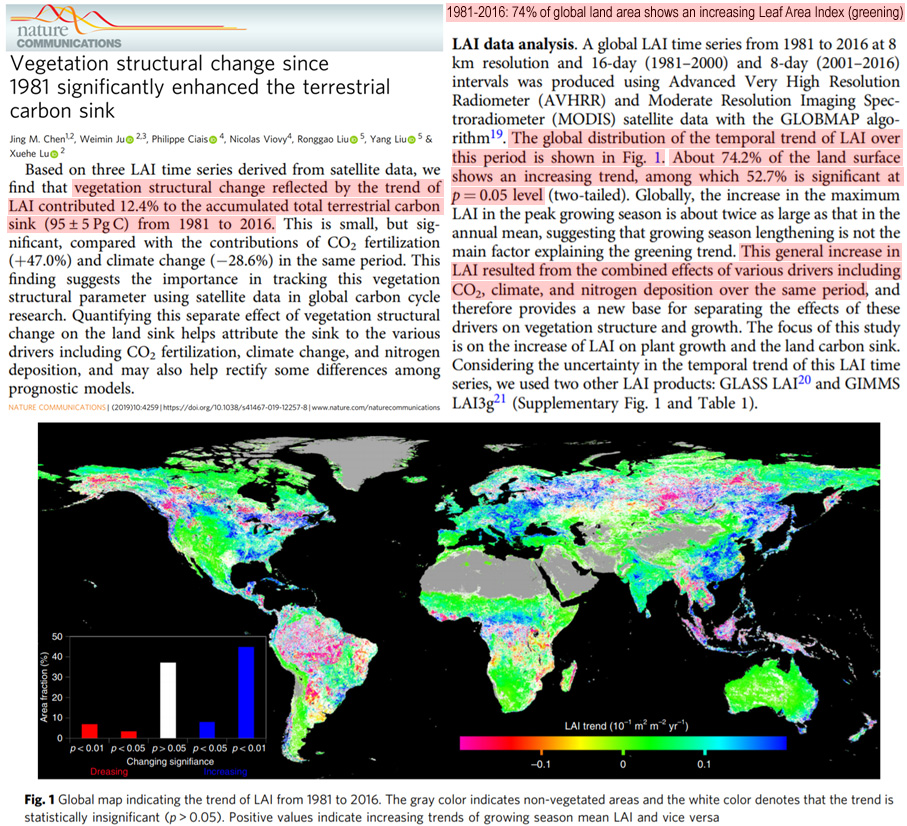 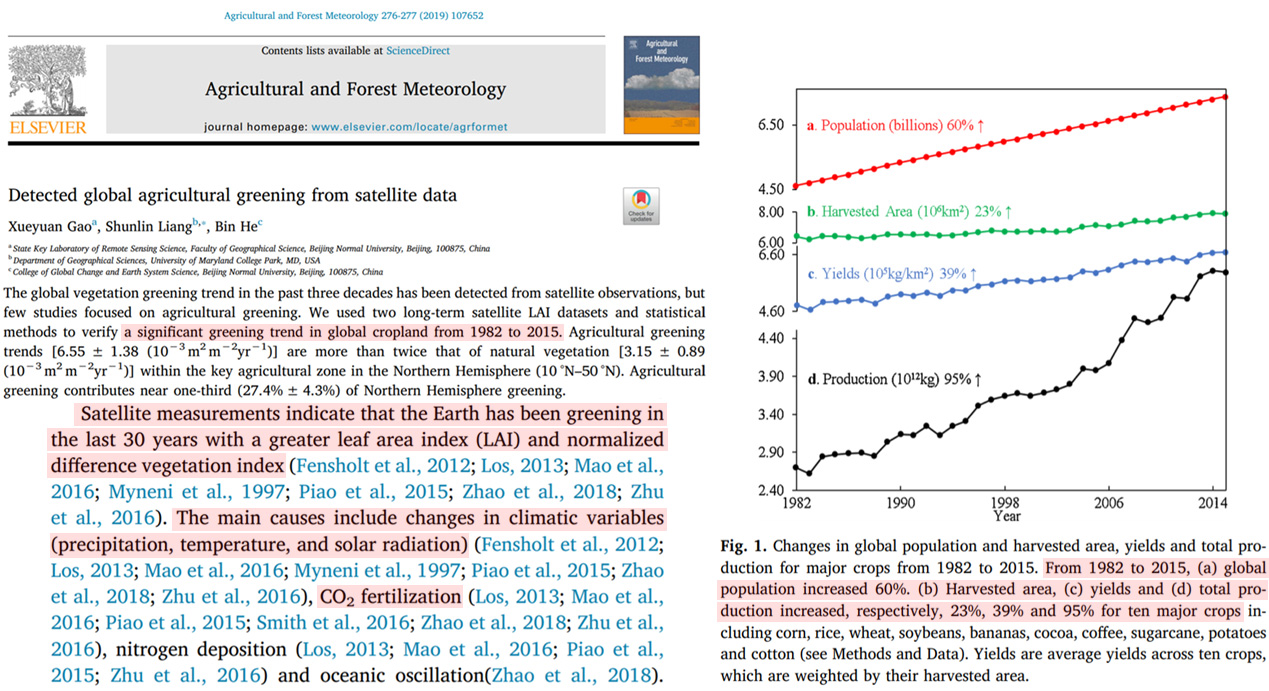