In Japan, like many other places around the world, the media like to tell audiences how sea surface temperatures around Japan are rising due to man-made global warming.

But, as is often the case, the data and facts tell the opposite story.

What follows is a chart depicting sea surface temperatures around Japan. 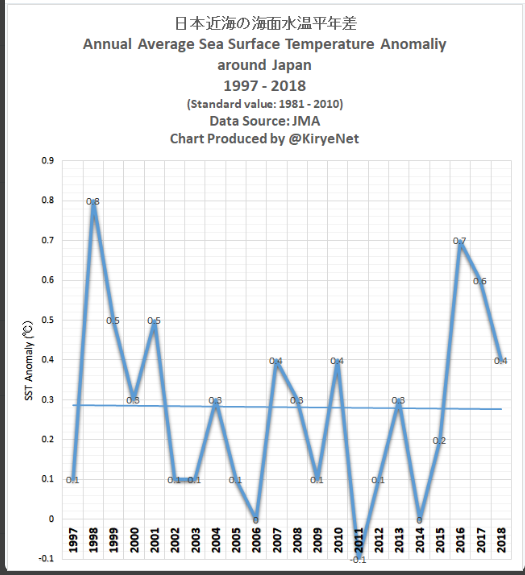 As we can plainly see above, the sea surfce temperatures around Japan rapidly cooled since the start of the new century, before spiking briefly around 2016. The overall trend for the past 21 years has been steady.

Japanese media also like claiming that the number of typhoons is on the rise as well. But here too the data from the JMA show how the opposite is the reality. 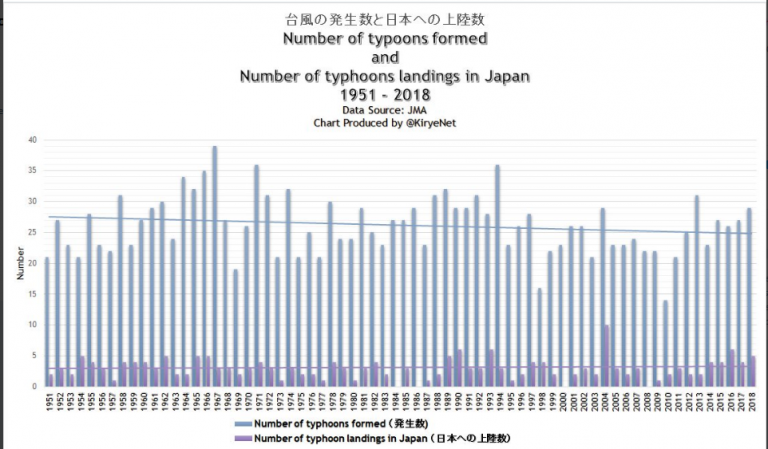 The number of typhoons has been trending down modestly for many decades, even though atmospheric CO2 concentrations have increased.

So the next time you hear some doomsday climate claim from the media, you’ll be well informed in most cases if you simply assume the opposite to be true!

Especially when it ocmes to climate trends and predictions. the media just cannot be trusted. Often they are living in a fantasy world.