A new 800-year reconstruction of Western Arctic Ocean sea ice variability (Porter et al., 2019) indicates the recent centuries (and decades) of sea ice coverage are the most extensive of the period, with no significant net change in the last 200 years.

Since 1800, the Western Arctic has only been free of ice cover for less than 1 month of the year. 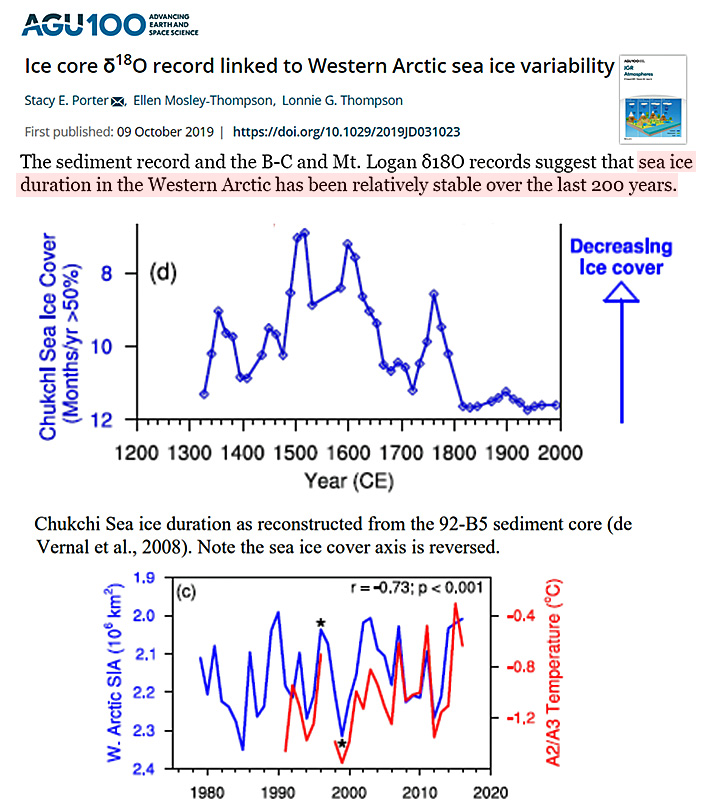 The study region in the Western Arctic was warmer than recent decades during the 1930s according to data from temperature stations. 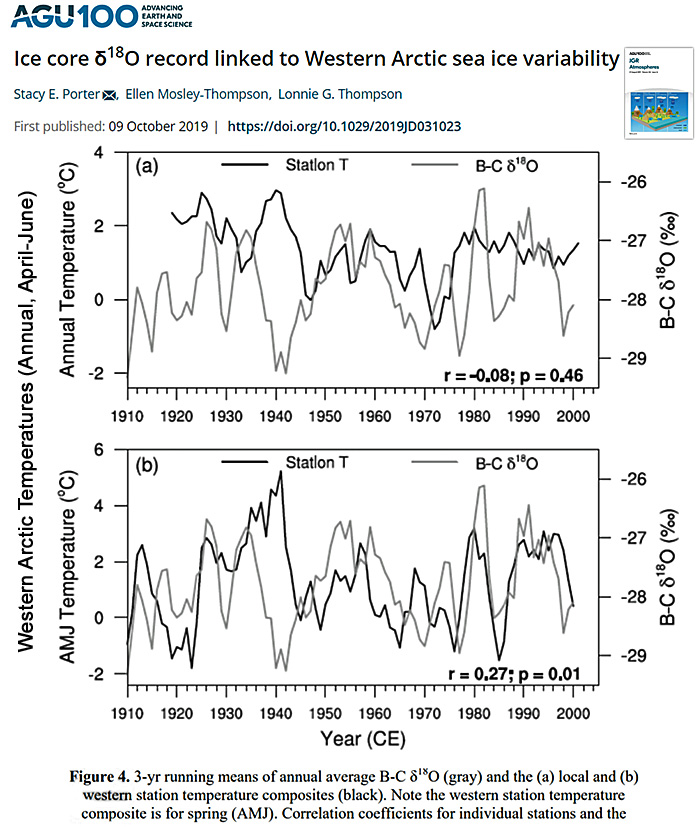