Observational uncertainty, errors, biases, and estimation discrepancies in longwave radiation may be 100 times larger than the entire accumulated influence of CO2 increases over 10 years. This effectively rules out clear detection of a potential human influence on climate.

The anthropogenic global warming (AGW) hypothesis rides on the fundamental assumption that perturbations in the Earth’s energy budget – driven by changes in downward longwave radiation from CO2 — are what cause climate change.

According to one of the most frequently referenced papers advancing the position that CO2 concentration changes (and downward longwave radiation perturbations) drive surface temperature changes, Feldman et al. (2015) concluded there was a modest 0.2 W/m² forcing associated with CO2 rising by 22 ppm per decade.

In contrast, analyses from several new papers indicate the uncertainty and error values in downwelling (and outgoing) longwave radiation in cloudless environments are more than 100 times larger than 0.2 W/m².

In other words, it is effectively impossible to clearly discern a human influence on climate. 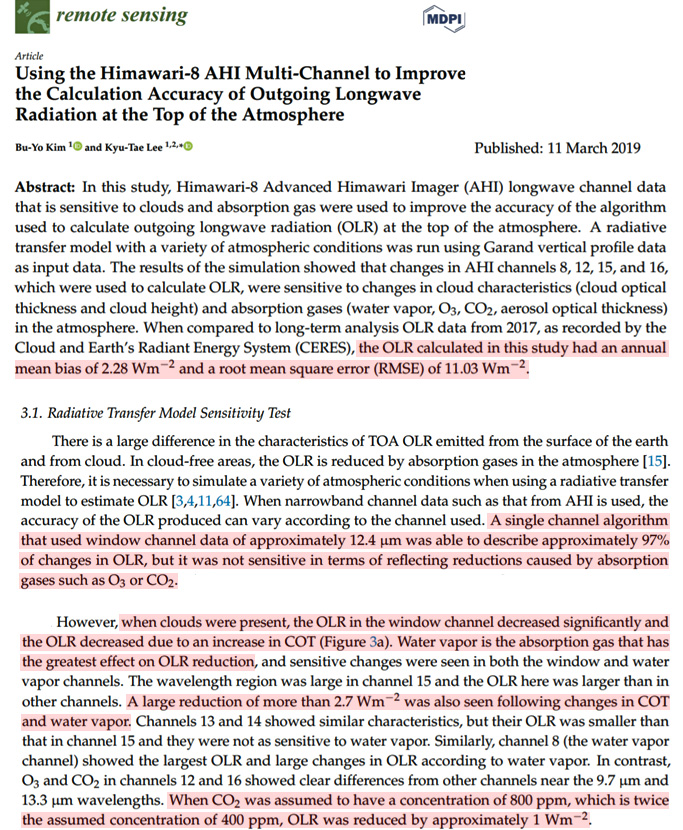 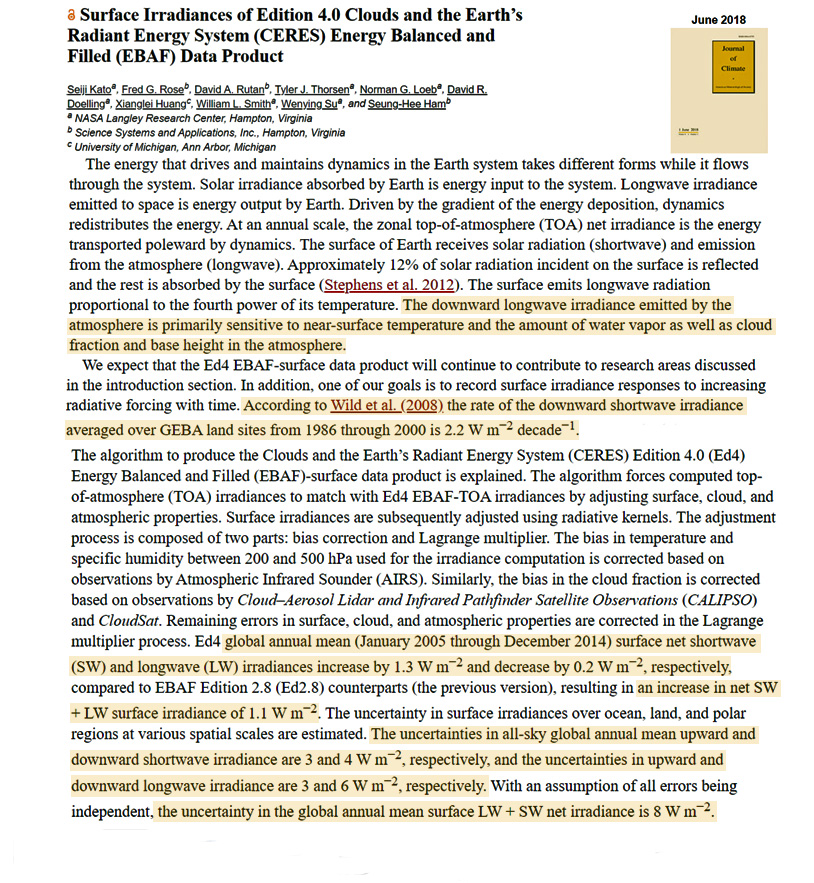 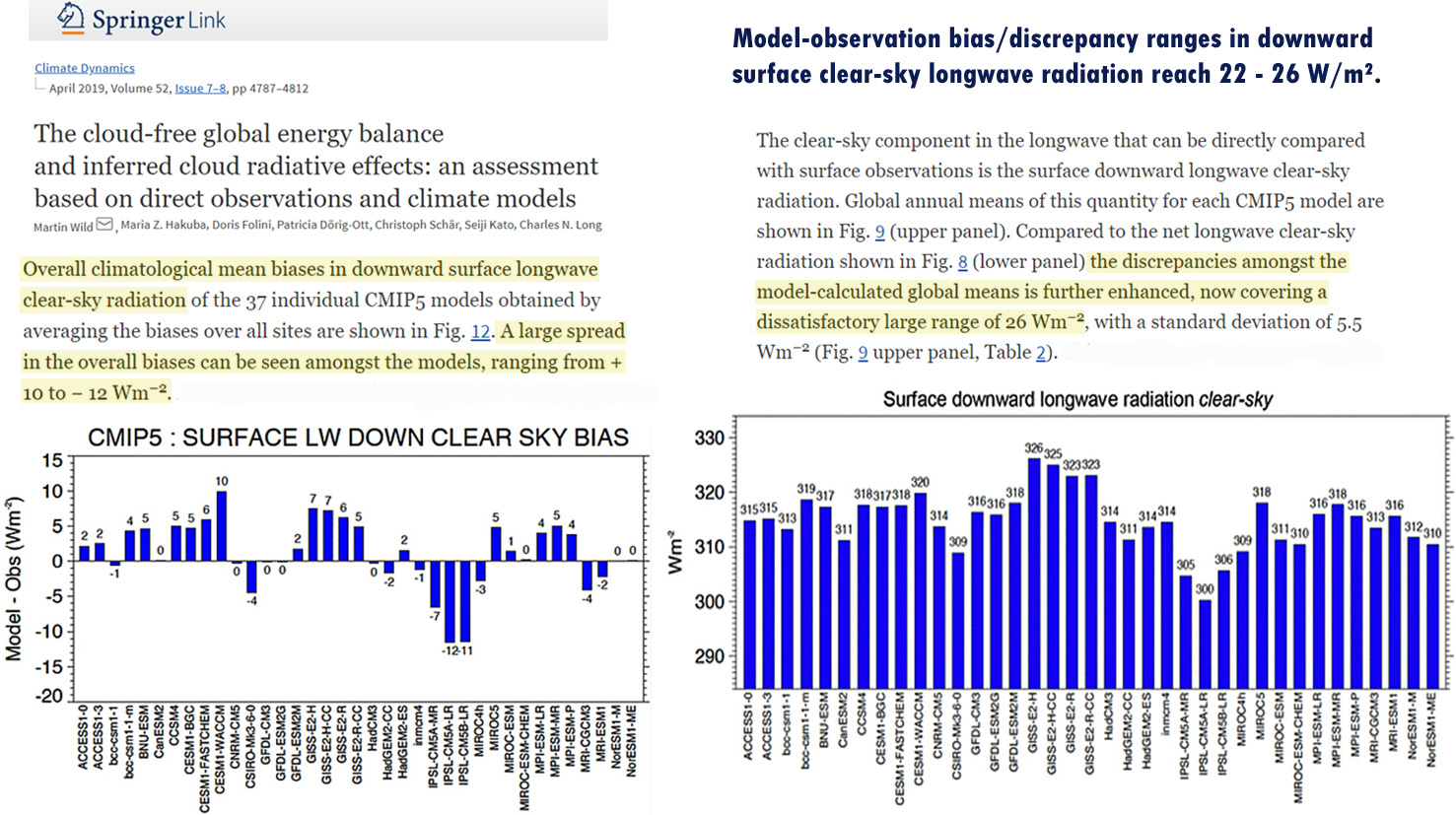 4. Stephens et al., 2019   “Gross assumptions” must be made about cloud physics due to a lack of observations. Sources of error in models yield an uncertainty of ~80%. Models of cloud processes are 3-5 times discrepant from observations. 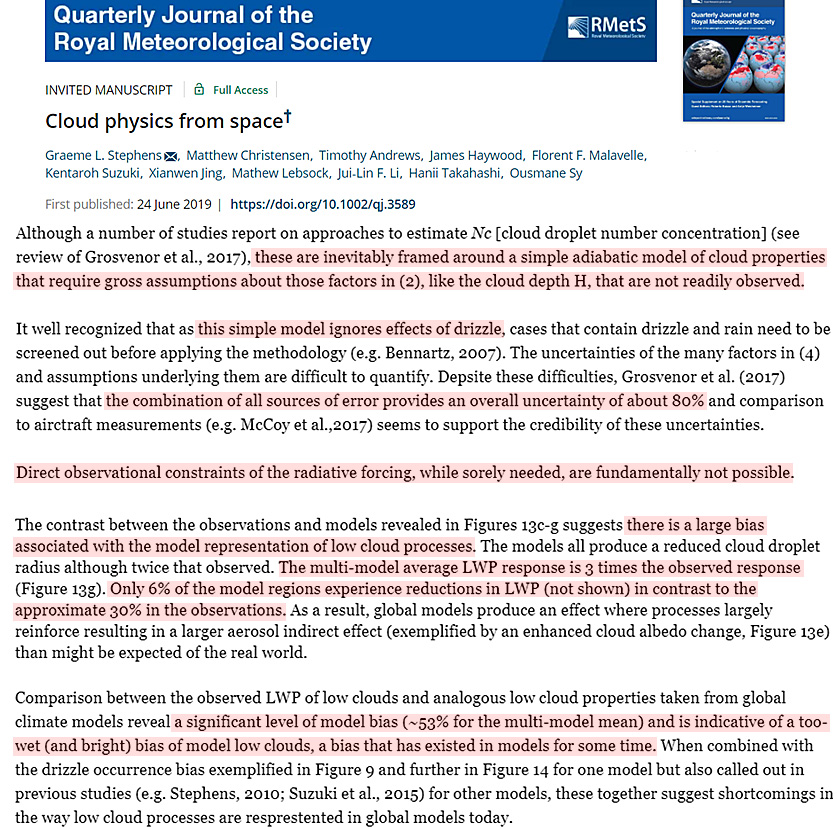 5. Frank, 2019    “An AGW signal … will never emerge from climate noise.” Cloud forcing “error is ±114 times larger than the annual average increase in GHG [greenhouse gas] forcing.” “A temperature signal from anthropogenic CO2 emissions (if any) cannot … be evidenced in climate observables.” 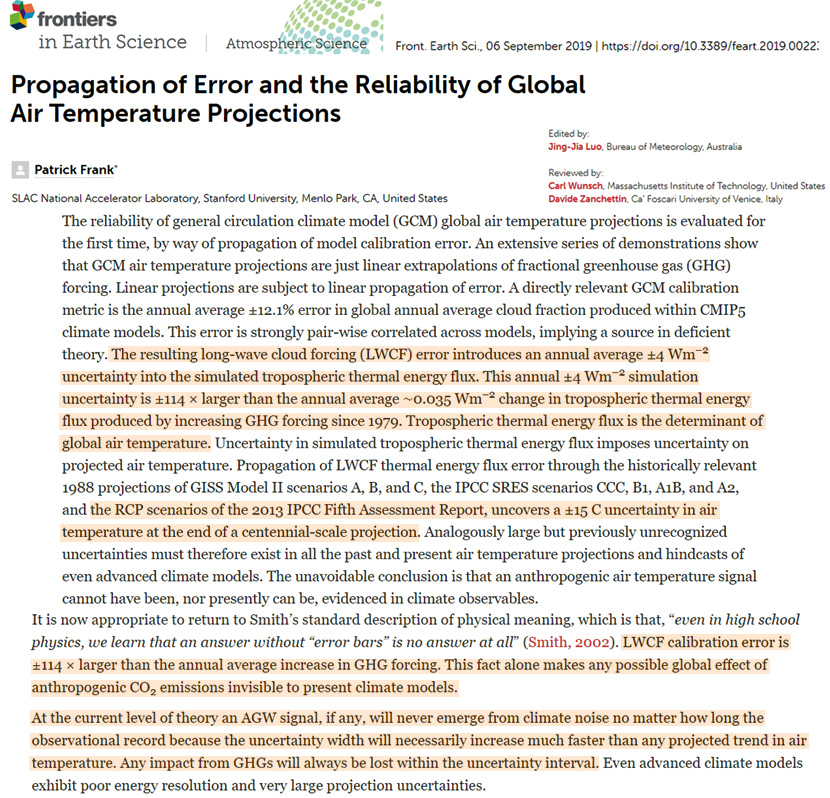