The Arctic’s western Barents Sea (Storfjordrenna) surface temperatures now range between 2-4°C. Sea ice persists in the region for 10 months of the year. A new study finds this same region was sea ice-free, 10°C warmer than today (13°C), and SSTs rapidly rose and fell by degrees C per century during the mid-Holocene.

The western Barents Sea surface temperatures oscillated around 3°C in 2015 according to a new study (Łacka et al., 2019). 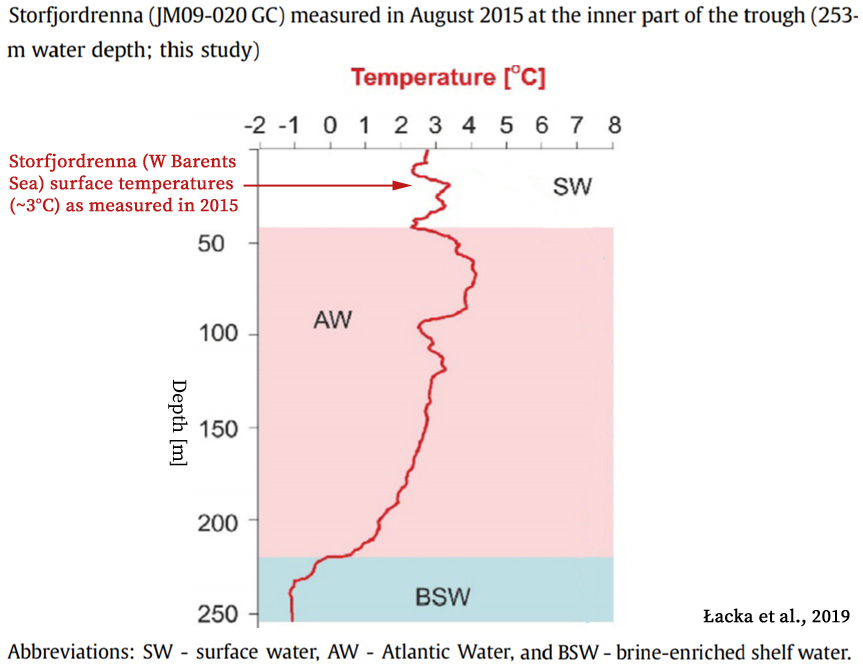 During the Bølling-Allerød epoch 14,500 years ago, when CO2 concentrations were still in the 230 ppm range, Łacka et al., 2019 found the western Barents Sea surface temperatures to be comparable (2-4°C) to today.

Evidence also suggests this region of the Arctic was sea ice-free throughout most of the mid-Holocene. In contrast, today’s sea ice persists for all but August and September in the northern Barents Sea. 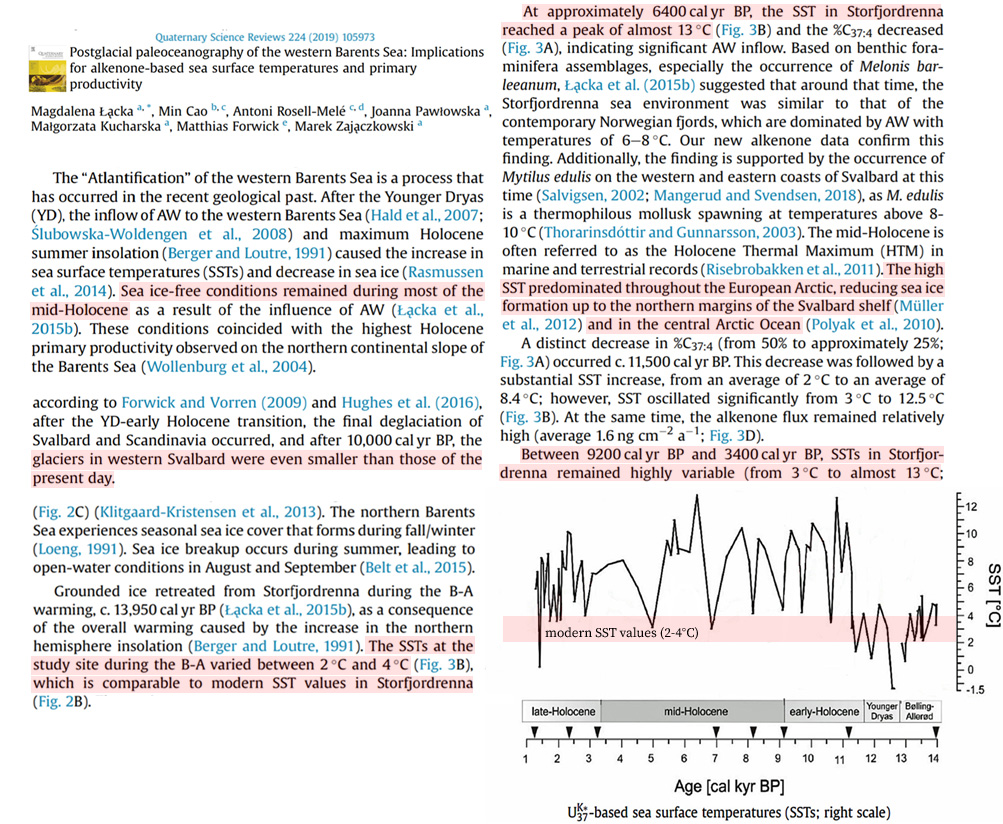