Earth’s atmosphere contains 400 ppm CO2 (0.04%). Mars has a 950,000 ppm (95%) CO2 atmosphere. But Mars has surface temperatures that are about -75°C colder on average than Earth’s because atmospheric density, or pressure, is the “game changer” largely determining planetary temperatures. 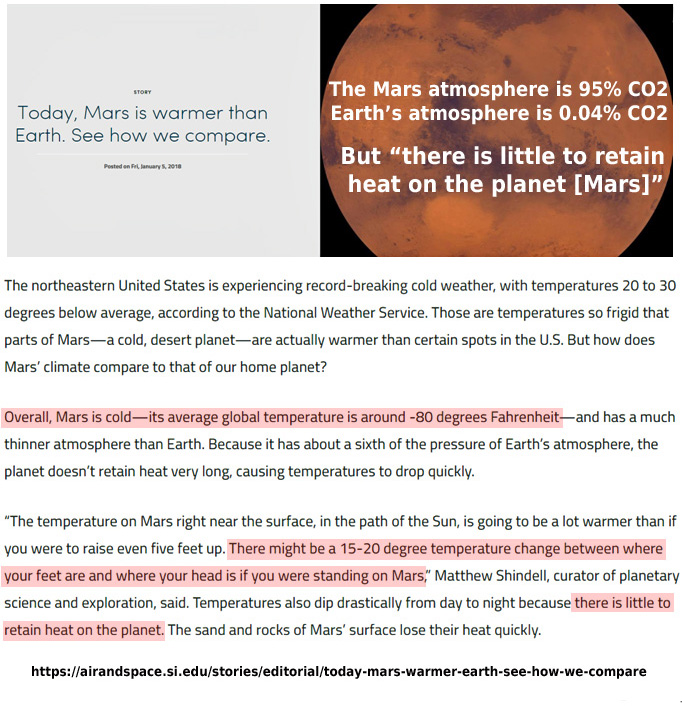 The average surface temperature of a planetary body is significantly determined by its distance from the Sun.

According to the NASA Jet Propulsion Laboratory, Mars is close enough to the Sun to have its surface temperatures reach 35°C (95°F) at the equator during summer. 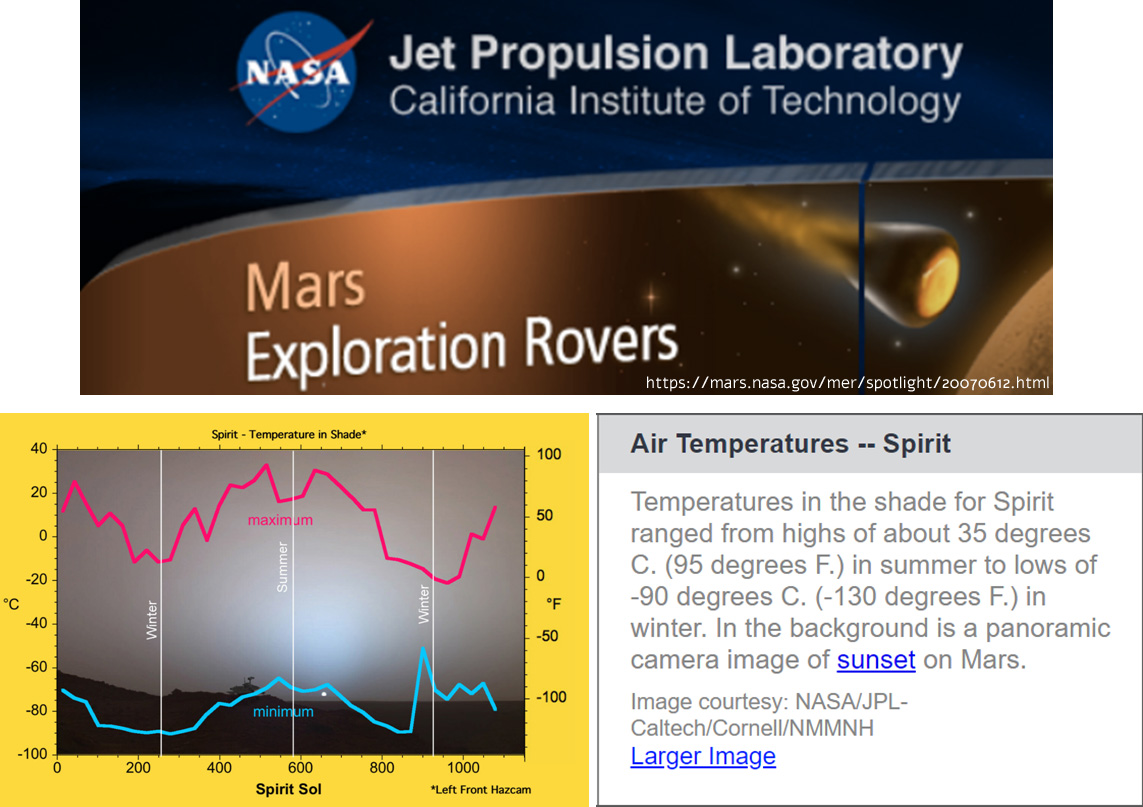 Atmospheric composition of Mars vs. Earth

Both Venus and Mars have atmospheres that contain over 95% CO2. 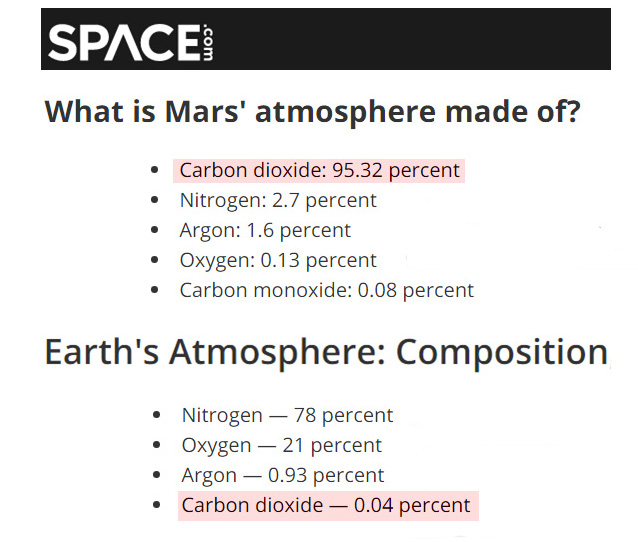 While the solar heat reaching Mars can warm its surface by up to 35°C, about 8-11°C (15-20°F) of that incident heat will be lost to space just 1.5 meters from the surface (Smithsonian National Air and Space Museum, 2018).

“There might be a 15-20 degree temperature change between where your feet are and where your head is if you were standing on Mars.”

Nights and winters are unfathomably cold, whereas daytime summer temperatures can be similar to or warmer than Earth’s.

As atmospheric scientist Dr. Matthew Shindell points out, the reason for this wide variance in temperature extremes is that “there is little to retain heat on the planet” despite Mars’ 950,000 ppm CO2 atmosphere. 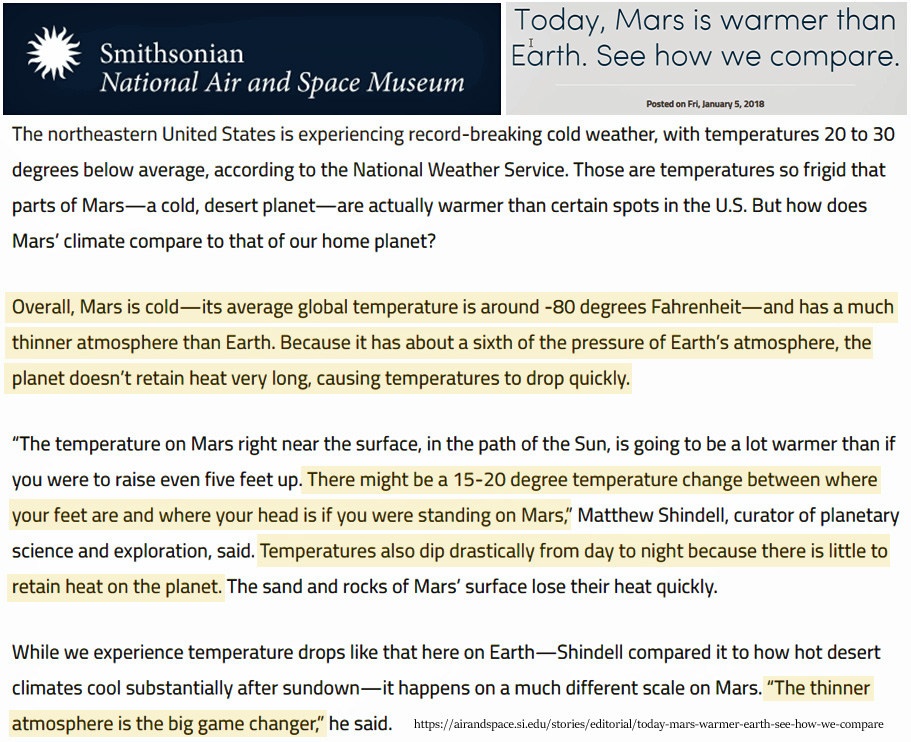 Atmospheric density, or pressure, is the “big game changer”

Interestingly, on the summit of Venus’s Maxwell Montes the AP drops from 92 bar to 45 bar. In turn, the surface temperature plummets by -82°C even though the CO2 concentration (96%) is the same at both locations. 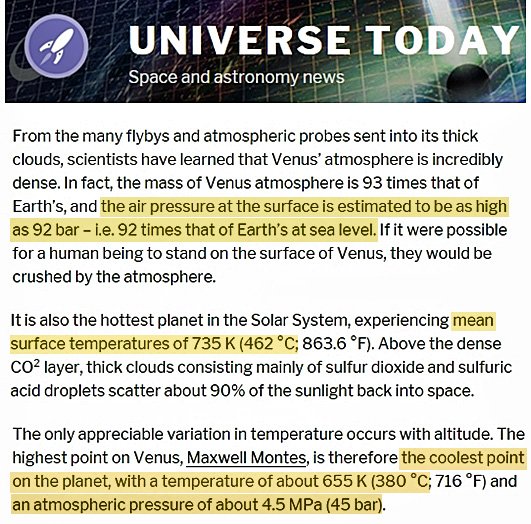 Mars’ 0.006 bar AP is referred to as the “big game changer” in explaining why its surface is so cold on average. The atmospheric greenhouse gas composition – effectively the same (95-96% CO2) for both Mars and Venus – does “little to retain heat”.

In sum,  a planet’s relative warmth can be enhanced “due to an increase in atmospheric mass” or in its capacity to retain heat (Chemke et al., 2016), and temperatures are cooler if there is “a decline in atmosheric pressure” (Sorokhtin et al., 2007). 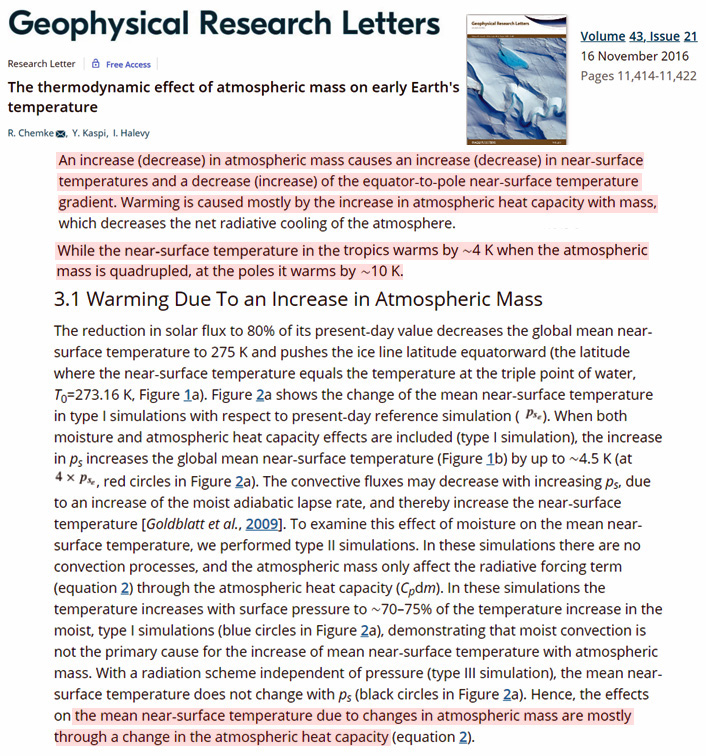 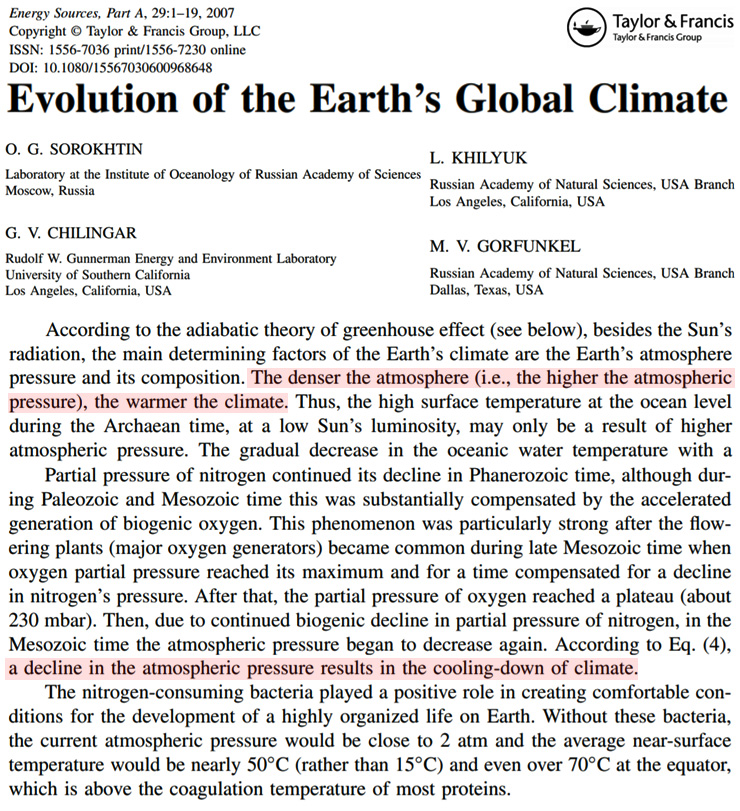 Does the anthropogenic global warming (AGW) hypothesis have a Mars problem?

Again, despite Mars’ very high CO2 concentration, “there is little to retain heat on the planet”.

This conclusion would appear to undermine the AGW claim CO2 levels are a planet’s temperature control knob.

So the summarizing question is this. Why is Earth’s CO2 concentration of 0.03% to 0.04% considered both determinative and dangerous as a climate control mechanism if (a) relative planetary warmth is largely dependent on atmospheric density and (b) even a 95% CO2 concentration on Mars effectively doesn’t retain planetary heat?

40 responses to “Scientists: Mars Has A 9540 CO2 Atmosphere…But ‘There Is Little To Retain Heat On The Planet’”