Within the last few years, over 50 papers have been added to our compilation of scientific studies that find the climate’s sensitivity to doubled CO2 (280 ppm to 560 ppm) ranges from <0 to 1°C. When no quantification is provided, words like “negligible” are used to describe CO2’s effect on the climate. The list has now reached 106 scientific papers.

A few of the papers published in 2019 are provided below. 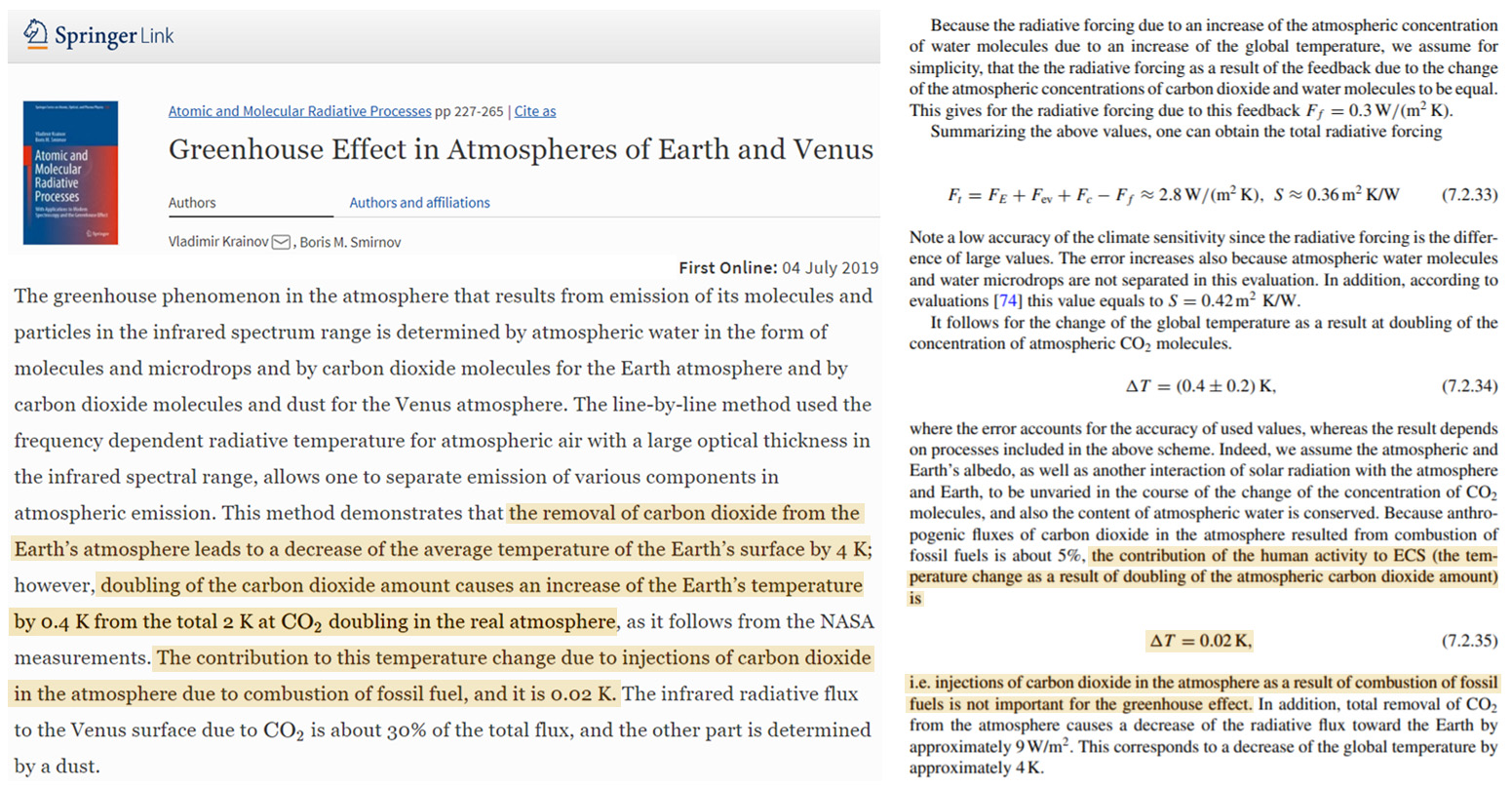 “If a climate model using the positive water feedback were applied to the GH effect magnitude of this study, it would fail worse than a model showing a TCS value of 1.2°C. If there were a positive water feedback mechanism in the atmosphere, there is no scientific grounding to assume that this mechanism would start to work only if the CO2 concentration exceeds 280 ppm, and actually, the IPCC does not claim so. The absolute humidity and temperature observations show that there is no positive water feedback mechanism in the atmosphere during the longer time periods. … The contribution of CO2 in the GH effect is 7.3% corresponding to 2.4°C in temperature. The reproduction of CO2 radiative forcing (RF) showed the climate sensitivity RF value to be 2.16 Wm-2, which is 41.6% smaller than the 3.7 Wm-2 used by the IPCC. A climate model showing a climate sensitivity (CS) of 0.6°C matches the CO2 contribution in the GH effect, but the IPCC’s climate model showing a CS of 1.8°C or 1.2°C does not.”

“The enhancement of the atmospheric greenhouse effect due to the increase in the atmospheric greenhouse gases is often considered as responsible for global warming (known as greenhouse hypothesis of global warming). In this context, the temperature field of global troposphere and lower stratosphere over the period 12/1978–07/2018 is explored using the recent Version 6 of the UAH MSU/AMSU global satellite temperature dataset. Our analysis did not show a consistent warming with gradual increase from low to high latitudes in both hemispheres, as it should be from the global warming theory. … Based on these results and bearing in mind that the climate system is complicated and complex with the existing uncertainties in the climate predictions, it is not possible to reliably support the view of the presence of global warming in the sense of an enhanced greenhouse effect due to human activities.” 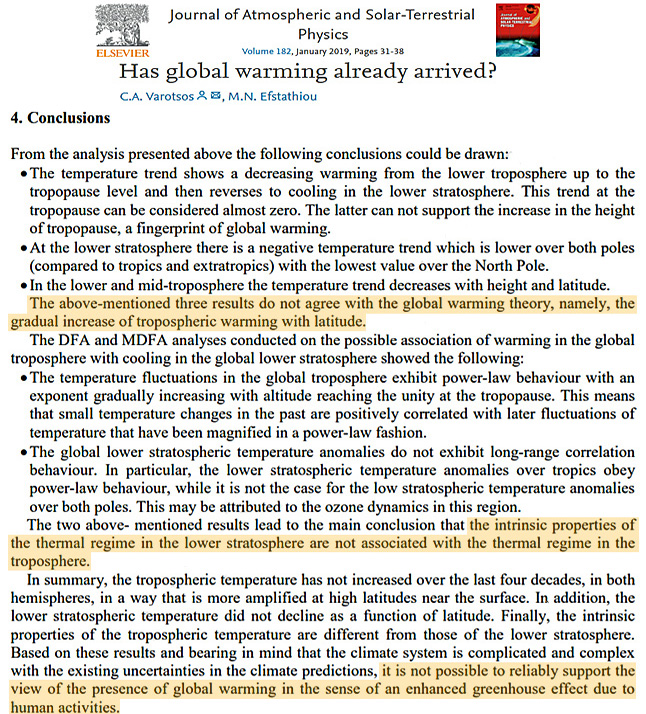