Of course all we hear from the media nowadays is that weather extremes have been getting worse (over the past decades) and the planet is warming rapidly. But when we look at the untampered data, we see that many places have been cooling.

Today I present to you some examples, now that untampered November data for 2019 have become available at the JMA.

First we look at November mean temperatures of three stations Iceland, isolated in the middle of the North Atlantic. The source of the data is the Japan Meteorological Agency (JMA): 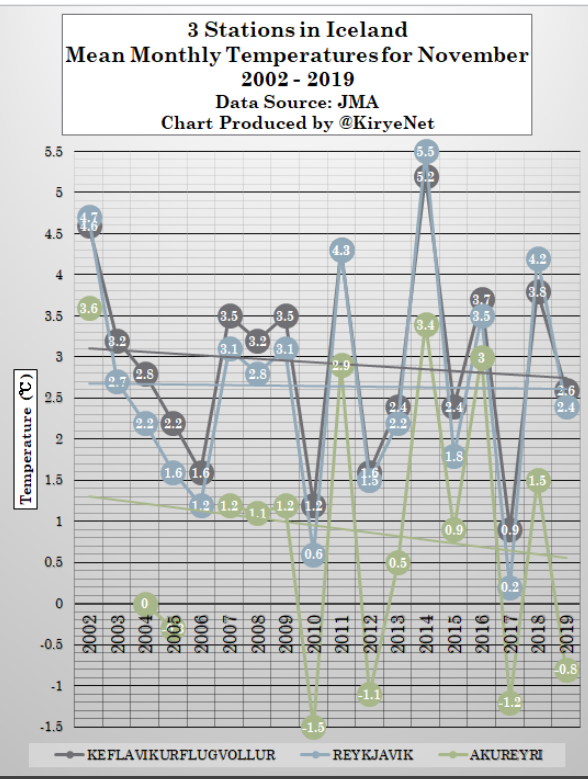 Three Icelandic stations with sufficiently available data from the JMA show a cooling November trend since the early part of the century. Data JMA.

In Iceland, the start of winter in fact has been getting colder, and not warmer like AGW theory would suggest. So there’s been lots of deception coming from activists.

The data tell a similar November story at the North Sea country of Netherlands: The start of winter is not getting delayed in the sense of warming. Quite to the contrary, it’s been cooling in November: 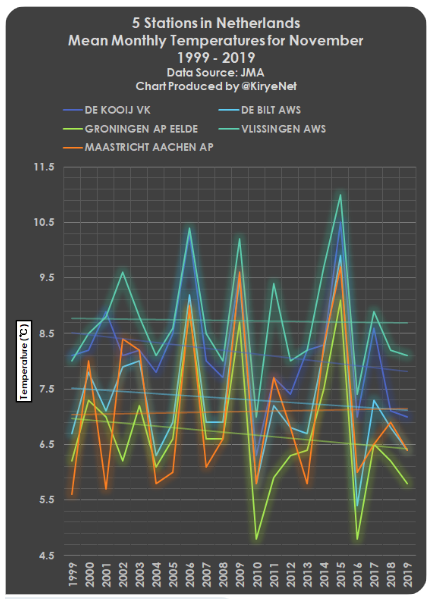 No real warming to be seen in November from the five examined stations in the Netherlands. Data: JMA.

Over at the North Atlantic island of Ireland, we find 6 stations with sufficient data from the JMA to allow the plotting of November trends. Here’s the result of the six stations observed: 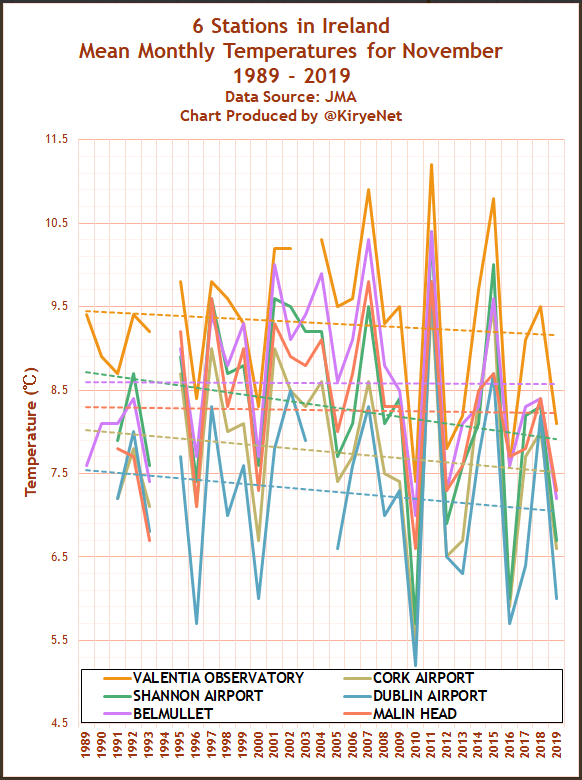 Warming? Ireland is hardly behaving like the alarmists and Greta claim. Early winter in Ireland has been cooling! Data: JMA.

Greta Thunberg’s western neighbor, Norway, has also been defying claims made the teenage Swedish activist, and, for the most part, has been seeing cooling in November for two decades:

November in Greta Thunberg’s neighbor, Norway, has been cooling for some two decades now. Data: JMA.

Seven of 11 stations in Norway show November temperatures have had a cooling trend since 1999 (20 years)!

This year TROMSO/LANGNES and VARDO saw their coldest November in the last 17 yrs, BODO VI, ORLAND III, BERGEN/FLORIDA and OSLO/GARDERMOEN were the coldest in 9 years.

Next we move to Greta’s Sweden, whose future she says we are stealing. But looking at her home country as a whole, 3 of 6 stations in Sweden show November temperatures have had a cooling trend since 1999: 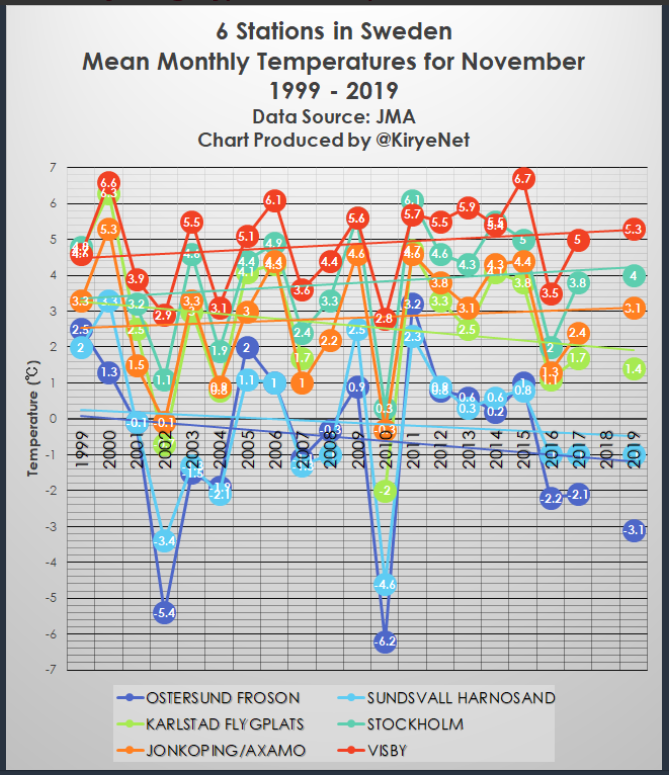 So how can these northern European countries examined above be cooling in times of “rapid global warming”? Why is winter coming earlier, and not later? Isn’t CO2 greenhouse gas supposed to be trapping heat there and making things warmer?

Obviously it isn’t, and so there has to be other natural explanations.

The explanation for this of course has long been suspected, but has been kept hidden from the public. The major reason for the cooling of November over the recent years very likely has something to do with the North Atlantic sea surface temperature (SST).

As the following chart shows, SSTs are cyclic, and they have been trending down for the past 15 years. 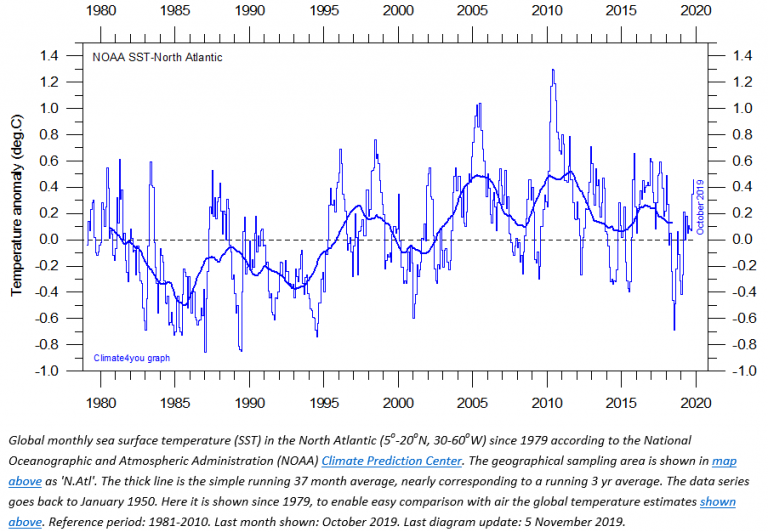 So it’s no surprise that November has been cooling over northern, coastal Europe since the start of the century. Claiming that CO2 drives climate is a sham.