According to a new paper, the Earth’s ocean heat content time derivative (OHCTD) has been decreasing (-0.26 W/m²/decade) since 2000, coinciding with a similar deficit in the Earth’s energy imbalance (EEI). The authors acknowledge such trends are “surprising” considering greenhouse gas emissions have risen. 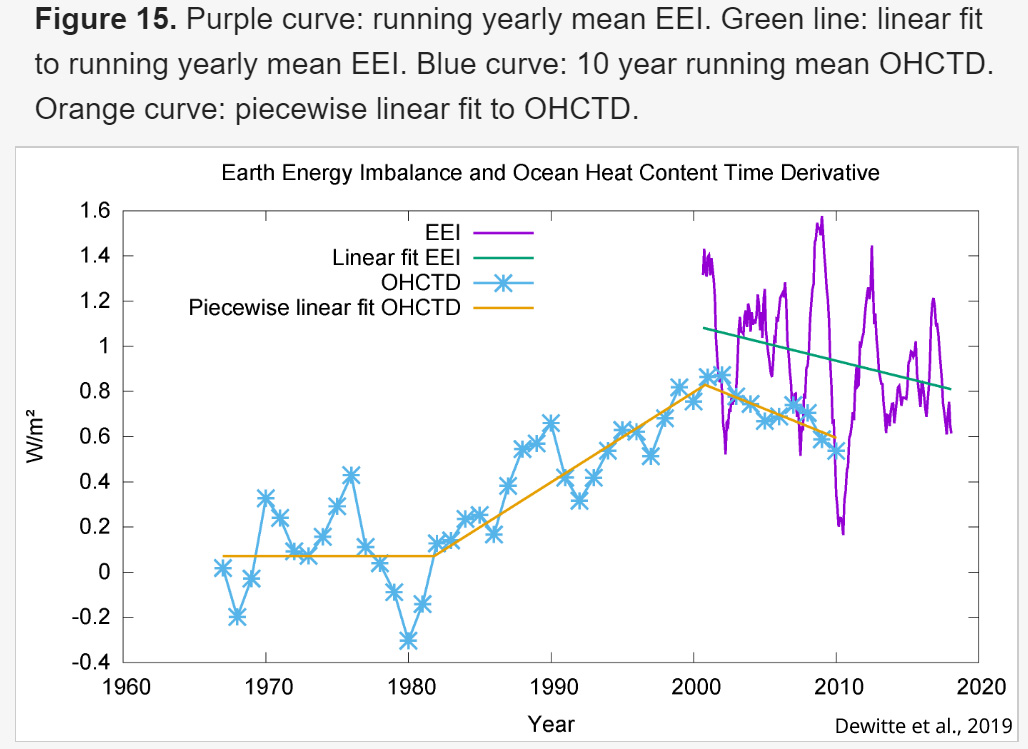 Global warming occurs when there is more energy coming in to the climate system than leaving. This results in a positive imbalance in the Earth’s energy budget. 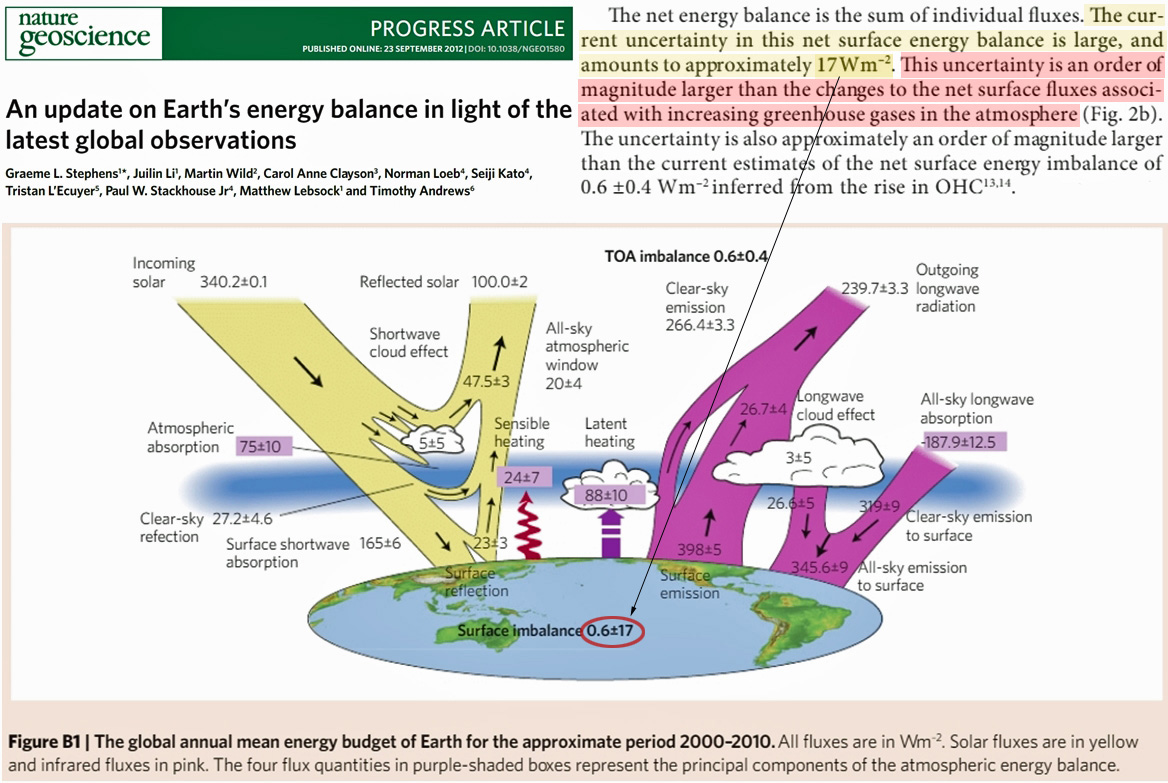 In 2006 scientists published a paper in Geophysical Research Letters asserting global OHC had rapidly declined from 2003 to 2005. 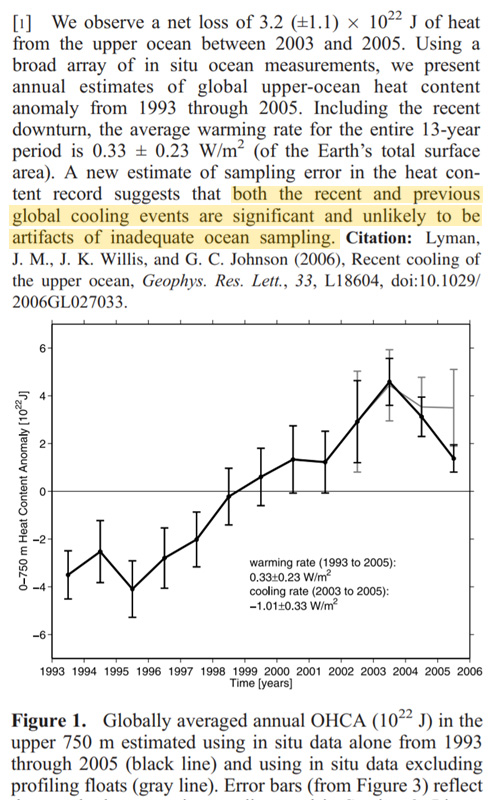 Cooling must be corrected to show warming

Of course, a cooling ocean does not conform with climate models predicating ocean heat content should rise in tandem with CO2 emissions.

So the overseers of ocean heat content datasets set out to find a way to “correct” the data.

Sure enough, by 2007, NASA’s Josh Willis had discovered two biases that could explain the cooling. The OHC data could now be changed to show warming. 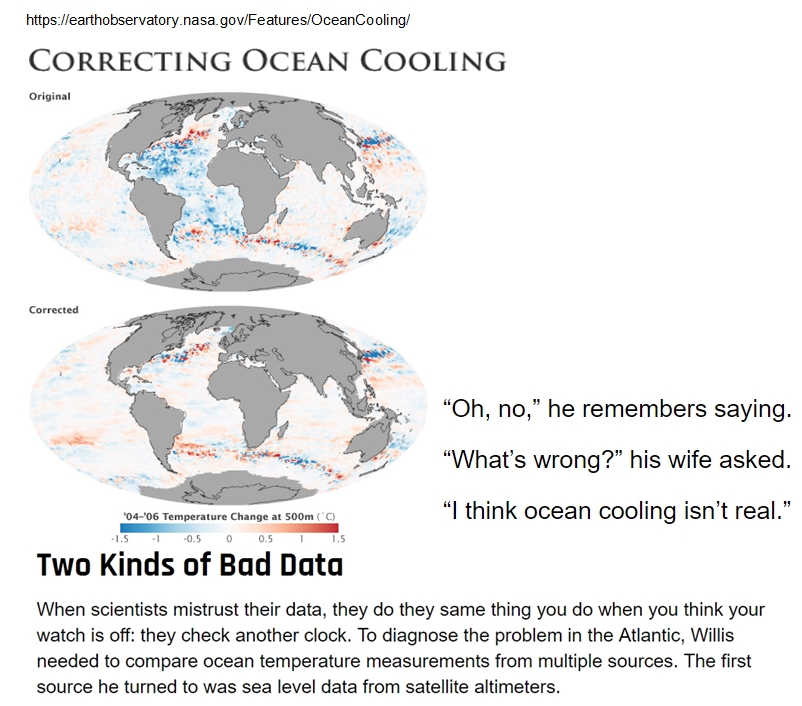 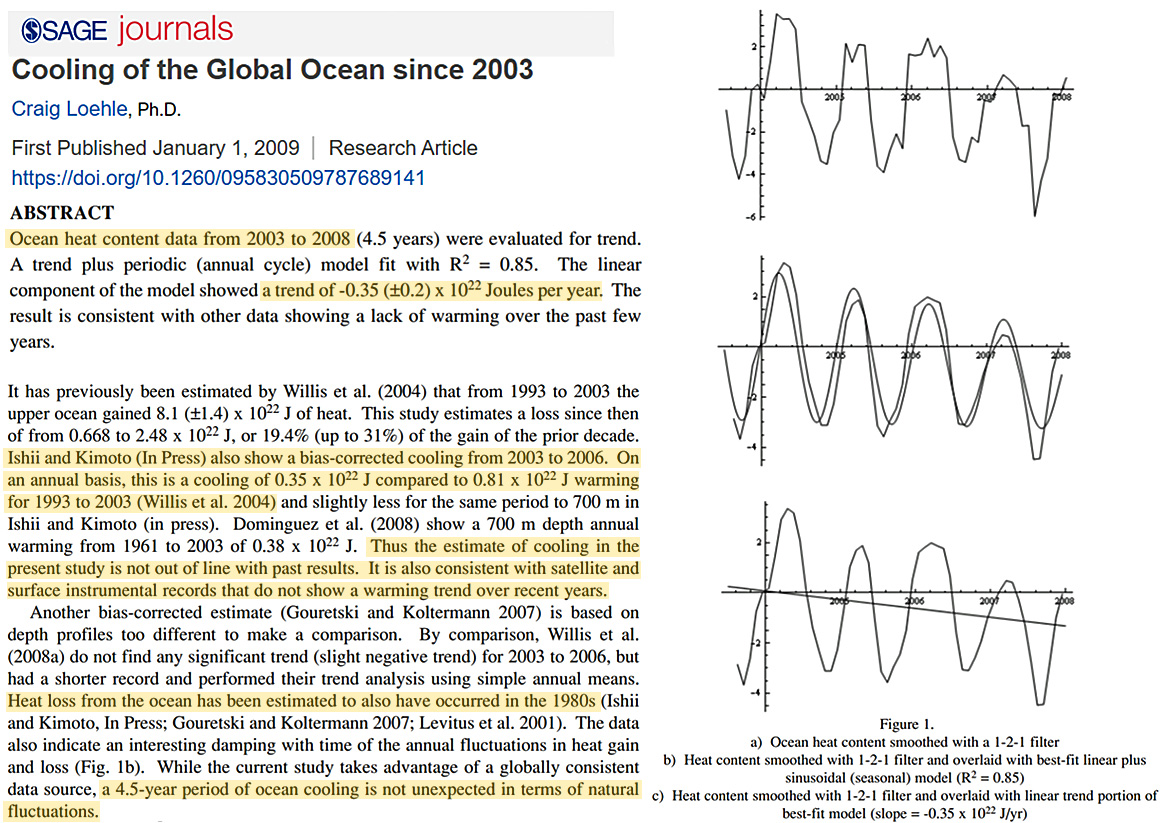 With “uncorrected” ocean data assessing a cooling trend from 2003 to 2008, it wasn’t long before the data overseers decided they must remove all the cooling from the record.

Today, the period between 2003 and 2008 has been “corrected” to show a stint of rapid warming. 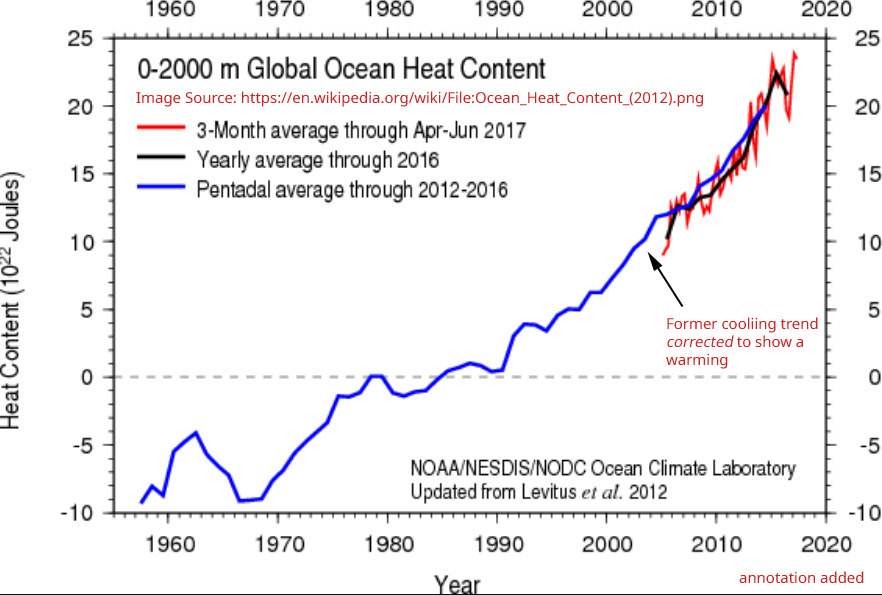 A new data analysis authored by three Belgian scientists (Dewitte et al., 2019) finds not only has there been more heat energy leaving than accumulating in the Earth’s climate system this century, but ocean heat content time derivative (OHCTD) has likewise been declining since the early 2000s. 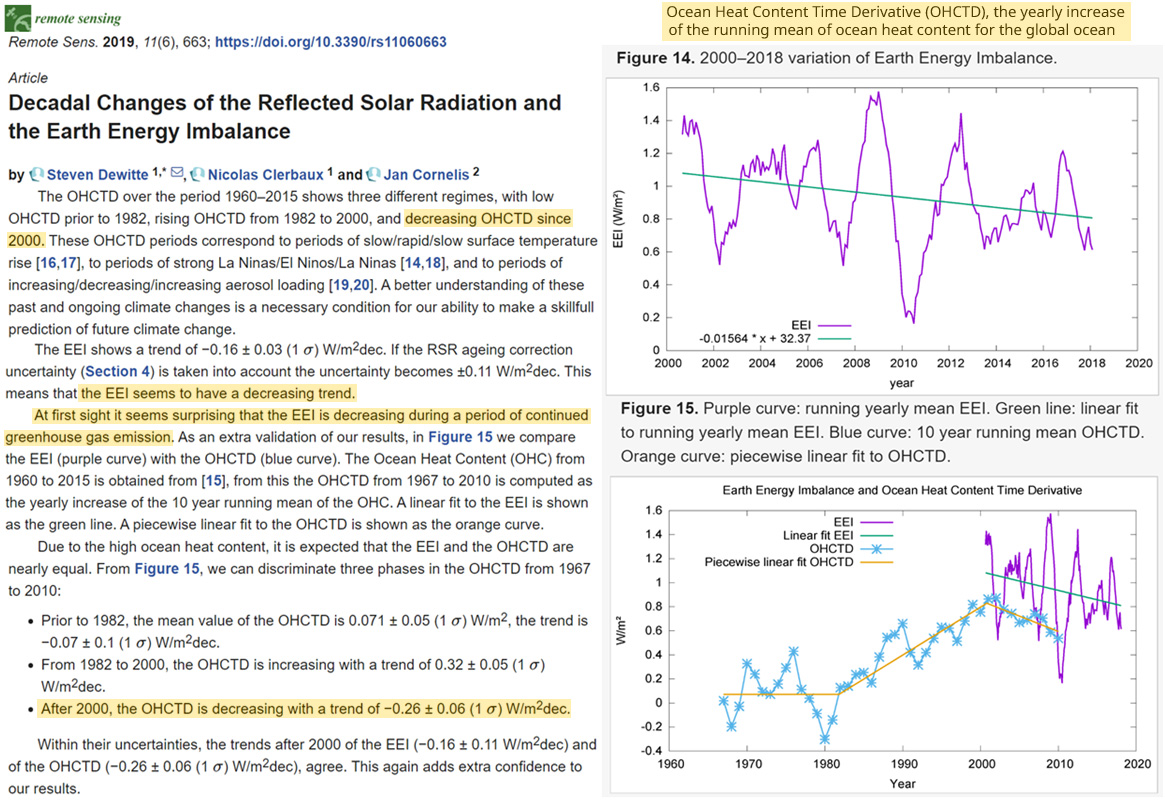 The scientists acknowledge that these trends may seem “surprising” at first given the sharp rise in greenhouse gas emissions in recent decades. But they find the agreement between the recent OHCTD and EEI trends “adds extra confidence” to their results.

Expect these results to be “corrected” by the data overseers in due time.