That’s right, last week a panel, made up of 4 pompous linguists and one journalist, chose “climate hysteria” as Germany’s taboo word (un-word) of 2019. 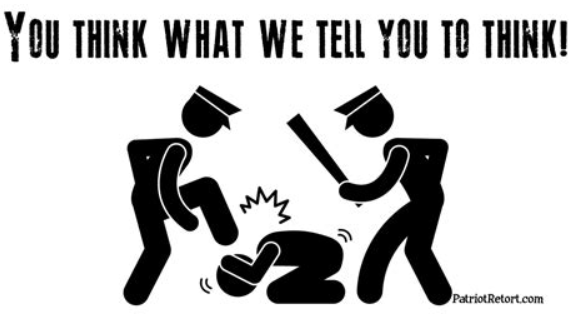 The Unwort des Jahres (un-word of the year) is a new or recently popularized term used in Germany which a panel deems “violates human rights or infringes upon Democratic principles”.

According to Wikipedia, “The term may be one that discriminates against societal groups or may be euphemistic, disguising or misleading. The term is usually, but not always, a German term. The term is chosen from suggestions sent in by the public.”

Over the years, like so many other institutions, the volunteer panel has leaned to the left and has been choosing words that tend to cast conservatives and the right political spectra in a negative light. The panel’s announcement of the un-word of the year gets broad media coverage.

Last week the panel selected “climate hysteria” as the un-word of the year.

Climate science dissent is no longer welcome, the panel wants to tell us.

The expression [climate hysteria] was used by many in politics, economics, and the media in 2019 – by the Frankfurter Allgemeine Zeitung as well as by entrepreneurs and especially by politicians of the Alternative for Germany party. It dismisses the increased commitment to climate protection as some kind of collective psychosis. Moreover, in light of scientific findings regarding climate change, this word is misleading and irresponsibly supports anti-scientific tendencies.”

Yet, thankfully, some media have grown critical of the panel of volunteer linguists and single journalist, and all the media attention it gets. For example, Bild newspaper wrote:

As if it were the decision of an important institution, the decision of a privately organised group is reported: Four linguists and a journalist who volunteer once a year to play linguistic police. According to the motto: Listen up, citizens, the language committee has decided, this word is taboo from now on!

Ironically, in 2011 the panel chose “alternativlos” (no alternative) as the un-word of 2010 in politics because they claimed it was “undemocratic”, as any discussion on a subject “would be deemed unnecessary or undesirable”.

Today the panel appears to have forgotten about that earlier choice.

In any case, skeptics and dissenters should instead ramp up the use of the term “climate hysteria” to describe the FFF and XR movements, and all the nutty doomsday scientists who like telling us there’s no alternative to decarbonization.