Using NASA’s MERRA-2 radiation data, scientists find shortwave radiation (SW) has been rising since the 1980s. The SW increase has been larger and faster than longwave radiation (LW) changes during this same timespan. Cloud variability has been the “main driver” of these trends. 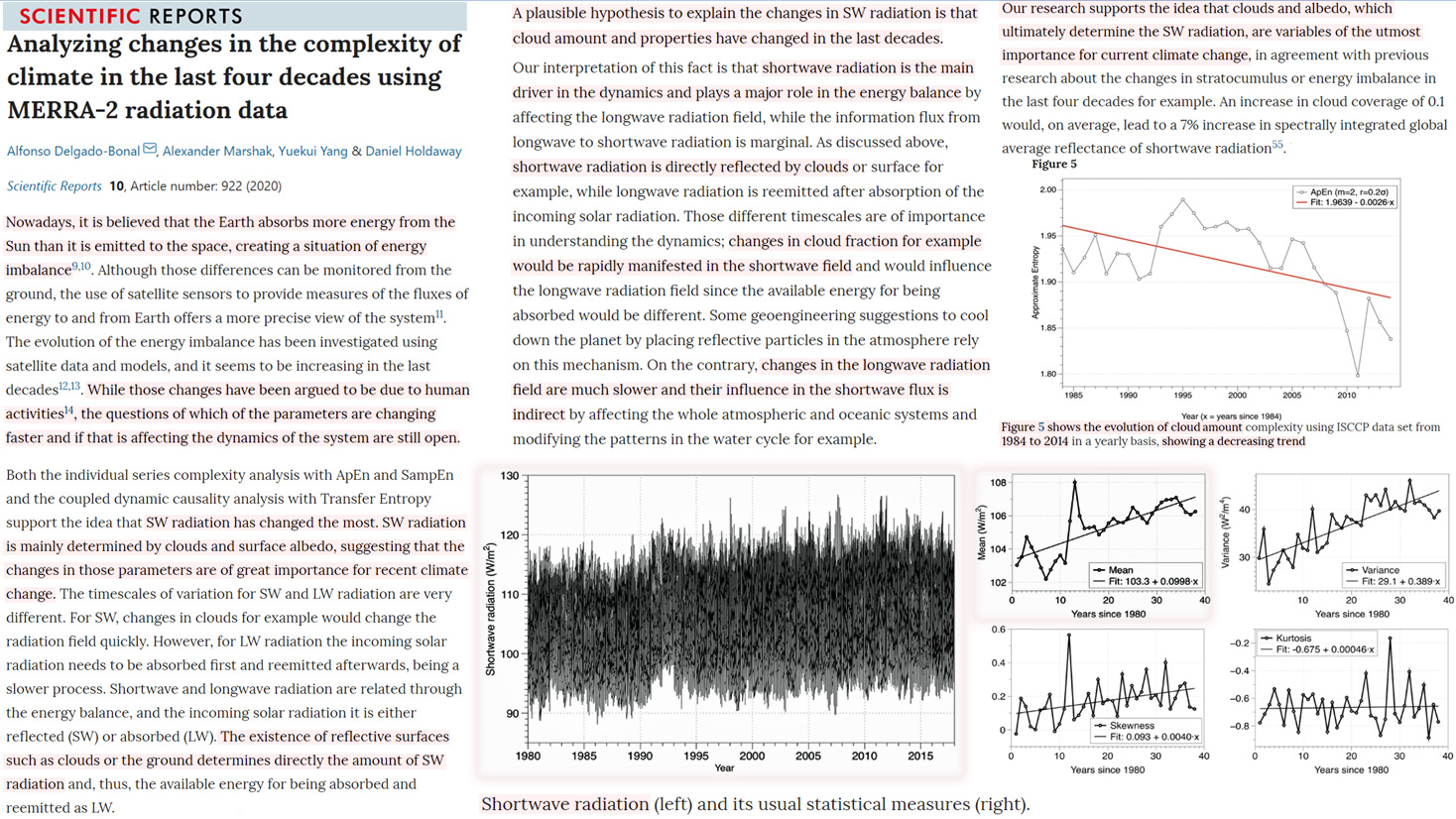 Clouds are “showing a declining trend” from 1984-2014. Fewer clouds means less SW radiation is reflected to space and more is absorbed by the Earth’s surface. 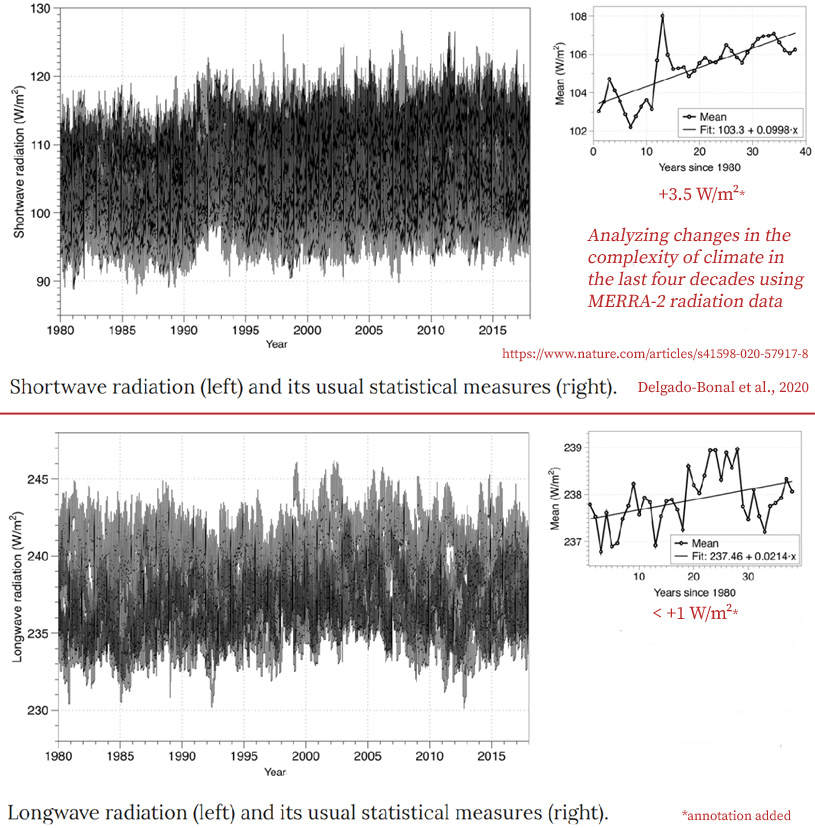 Therefore, because (a) the SW radiation trend has been more pronounced than the LW radiation changes, and (b) the cloud variability is the main driver of SW radiation (that is of “great importance to recent climate change”), the recent positive energy imbalance – and warming – can mainly be attributed to cloud modulation.

The “argued” dominance of a human and/or LW (greenhouse effect) domination in recent climate change therefore becomes a question that is “still open”.

“When reaching the Earth, part of the incoming solar radiation is reflected off clouds and the surface as shortwave radiation (SW). Changes in cloud distribution or the surface albedo affect this flux and change the energy balance. In the last four decades, changes in cloud distribution in low-level clouds such as subtropical stratocumulus have been of great importance since they have the ability to reflect large amounts of radiation back to space but do not reduce significantly the outgoing terrestrial radiation.”

“[C]hanges in cloud fraction for example would be rapidly manifested in the shortwave field and would influence the longwave radiation field since the available energy for being absorbed would be different.”

“The existence of reflective surfaces such as clouds or the ground determines directly the amount of SW radiation and, thus, the available energy for being absorbed and reemitted as LW.”