Browse: Home / 2020 / March / 03 / Most Despised (Older) Generation In Fact Cleaned Up The Atmosphere, Left It In Far Better Shape!

CO2 is essential to all forms of life and it is difficult for many people to believe the gloomy versions of the AGW theory. So climate alarmists often criticize Japan for using coal-fired thermal power, insisting it is very dirty.  But in fact Japan’s coal-fired smoke emissions are not dirty because they have been properly cleaned using technology.

Japanese climate alarmists don’t like to mention that SOx and NOx emissions from coal-burning plants in Japan are quite low. In Japan, coal power is good and if the world used the same technology, the air pollution problem would be solved in many countries.

Reality to Greta! Do you read?

What follows are charts showing how much sulfur oxide and nitrogen oxide emissions have improved over the recent decades. First we look at nitrogen oxides, NOx: 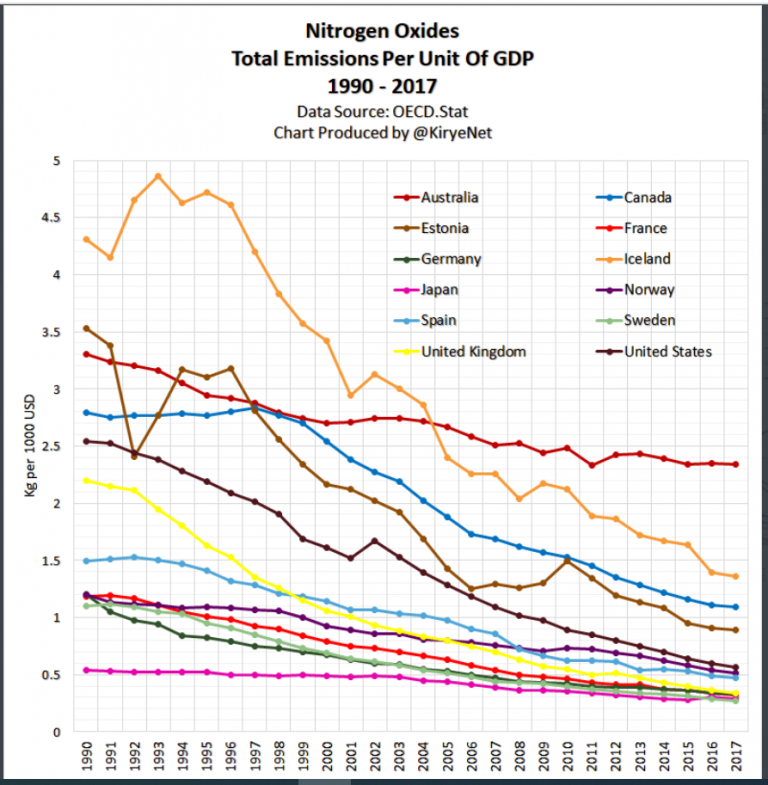 You’ll note that a number of countries have greatly reduced nitrogen oxide emissions in terms of unit GDP.

Even Greta Thunberg’s home country of Sweden has substantially reduced air pollution. Thanks to the earlier efforts of the now older generation, the developed world is far cleaner today, and thus supports the notion that more wealth leads to much cleaner environments. Those who realize this appreciate it and thank you!

Next we present a chart depicting sulfur oxide emissions. The results are very similar: 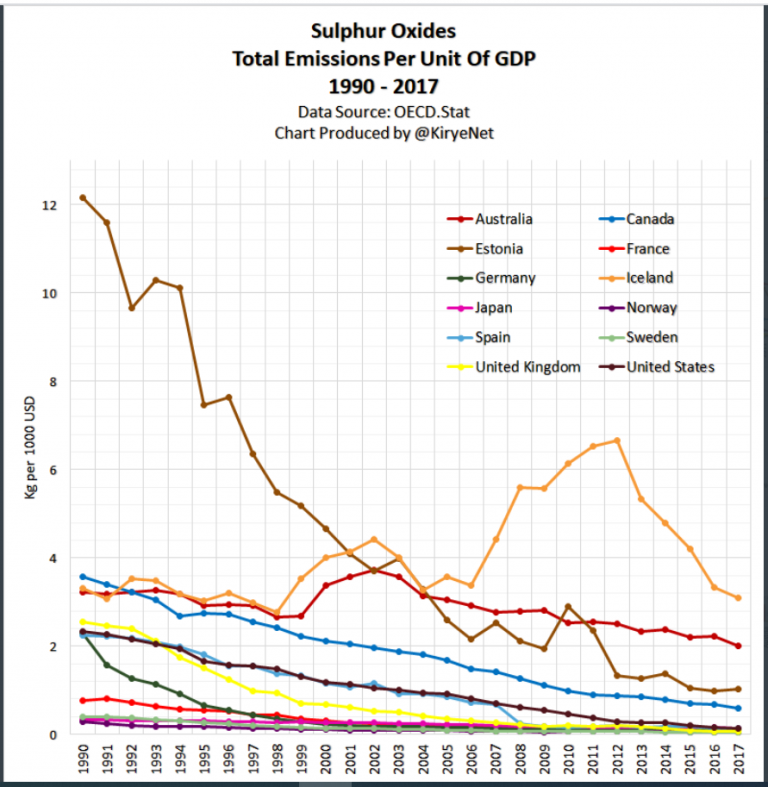 Above we see how industry was much dirtier 30 years ago and how it’s much cleaner today. But does the generation who worked hard to produce this excellent result get a thank you from the younger inheriting generation? Unfortunately not.

Instead the older generation only hear insults from the usual ignorant and petulant ingrates.

Finally we see a comparison chart of the OECD countries for the year 2017: 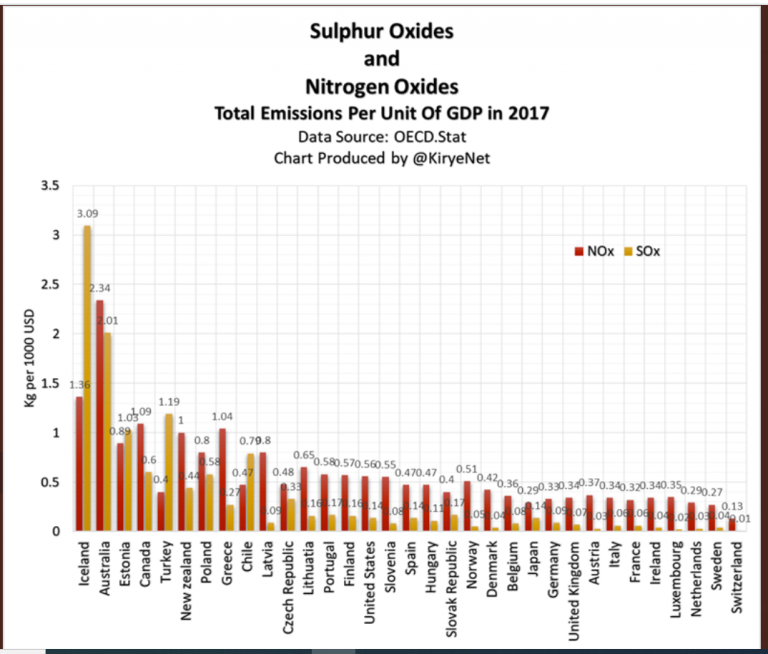 So what does the younger generation demand we do? For starters they want to stop heating of homes using natural gas. Instead they are pushing for a return of the stinky wood-burning stoves – which they claim are better for the environment!

13 responses to “Most Despised (Older) Generation In Fact Cleaned Up The Atmosphere, Left It In Far Better Shape!”